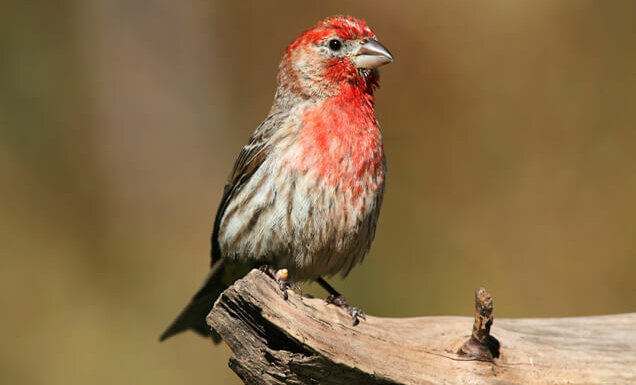 It takes no observational feat to notice that people enjoy birds. As human developments dominate the landscape and evict so many of our wild neighbors, we spend a disproportionate amount of our energies coaxing the birds, specifically, back. Why else the feeders and birdhouses and baths so common to neighborhood backyards? Perhaps the exact reasoning for our admiration is best explored by poets or philosophers, but our feathered friends seem to be pleasant reminders of our connection to the natural world.

Those species that graciously remain in our cities and towns are being forced to make some behavioral changes. To circumvent the din of honking horns, plane engines, and other deafening hallmarks of modern living, birds are changing how they vocalize. It shouldn’t come as a surprise, given what other things we’ve done to throw a wrench in avian existence.

Already, the abundance and distribution of bird species is heavily influenced by humans. This is clear in the effects that habitat loss has on avian biodiversity, with 85% of threatened bird species at risk due to habitat conversion for human activity. (see “Habitat conversion and global avian biodiversity loss”) It is also easily observable in major cities, where those species that cope well with anthropogenic disturbance predominate – think pigeons, sparrows, and starlings. Others may become extinct or extirpated (extinct within a particular region) if they fail to quickly adapt, such as in India, where urbanization is preventing some birds from nest-building. Global climate change can shift delicate ecological balances, restructuring community fauna and upping the risk of extinction. In California, for instance, a variety of bird species may be displaced as a consequence. (source)

Noise pollution may not seem like a big deal when compared to land clearing or climate change, but birds rely heavily on singing to communicate. Birdsong is used to attract mates, defend territory from rivals, and even warn for predators. This means that a bird’s ability to be heard plays a direct role in its reproductive interactions and survival. Birdsong is particularly noticeable in the early hours of the morning, a phenomenon known as the “dawn chorus.” Scientists aren’t precisely sure why birds select this time of day for their vocal exertions, but it may have something to do with the quiet, calm surroundings – sound travels well when there’s little wind and excess racket.

It’s the excess racket part that humans are contributing to, prompting some species to sing at different times and in different ways. In Mexico, researchers found that house finches raised the pitch of their lowest song notes in response to road noise, and also held them for longer. A study published in Current Biology examined song changes in the great tit across ten European cities – including Paris, London, and Amsterdam – finding that in each location the birds omitted the low-frequency portion of their call. (source) For the great tit, this makes plenty of adaptive sense, since most urban noise is low-frequency. Why expend the energy to belt out your alto if no one else can hear it? A green-headed tanager checks itself out in the side-view mirror of one of noise pollution’s culprits. Photo by Joanne Williams / Rex Features.

Another species has opted to sing at times when it is least likely to be interrupted by the sounds of human transportation. European robins studied in Sheffield, England, were found to sing at night in those areas where daytime noise levels were significantly higher than those at night – a behavioral change previously attributed to light pollution. German nightingales, by contrast, are content to engage in the bird equivalent of screaming. To cope with the urban cacophony, they’ve started singing at a piercing 95 decibels. The intensity is like standing a few feet away from a running chainsaw, and the sound is enough to damage human ears if sustained.

The little Nightingale packs quite a sonic punch. Photo from the BBC.

However helpful such biological tricks may be for some birds, the nearer one gets to a densely populated town or city, the less diverse the avian community becomes. Not all species have the vocal machinery to work around the commotion. House sparrows, which have a significant low-frequency component to their songs, have suffered population declines of two thirds in Great Britain over the past few decades. (source) A university of Colorado at Boulder study found that mourning doves and black-headed grosbeaks in New Mexico avoid nesting near sites where natural gas is being extracted, as they cannot tolerate the noisy compressors. Only 21 different species resided in the noisy sites, compared to 32 in the quiet ones. And although the scrub jay, a songbird predator, was likewise driven away by the compressors’ noise, its absence could have radiating effects on the local ecosystem. Scrub jays are responsible for the dispersal of pine nuts in Southwest woodlands, and so their absence could reduce abundances of pinyon pine and alter ecological relationships.

Many of us have grown accustomed to the hustle and bustle of the 21st Century, but the birds may have a lesson to teach us about the value of peace and quiet: just how frighteningly little of it remains.

According to Gordon Hempton, an audio ecologist, fewer than five minutes go by before the average patch of wilderness is interrupted by the sounds of human interference. Hempton defines natural silence as “the complete absence of all audible mechanical vibrations, leaving only the sounds of nature at her most natural.”

After years of recording the natural environment in places all around the globe, Gordon estimates that fewer than a dozen truly silent places are left. It is not just the birds that are vulnerable, either. The breeding success of some Australian frog species is being impacted by Melbourne traffic noise, and ocean noise pollution caused by boat engines and undersea drilling are interfering with habitat selection in young corals. Who knows what variety of species may be affected? Noise might seem an unlikely player on the ecological stage, but further study is definitely warranted on impacts of the anthropogenic racket.