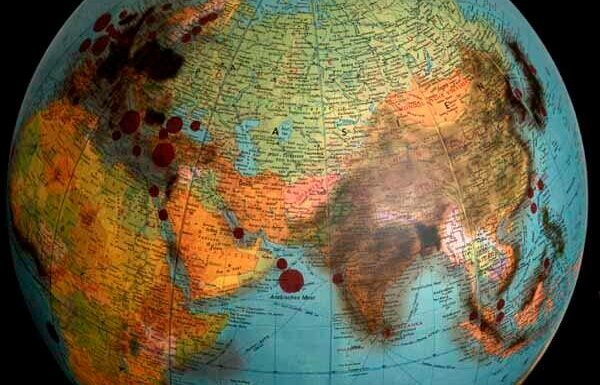 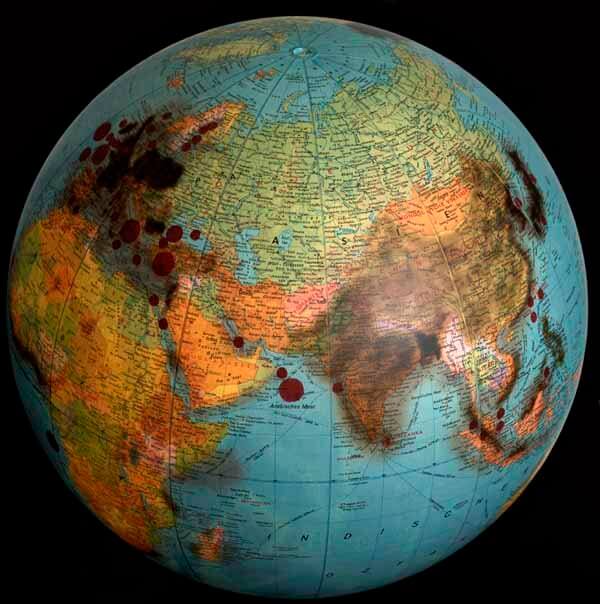 In 1798, English economist Thomas Malthus first warned about the dangers of unchecked population growth in An Essay on the Principle of Population. Crop production, he concluded, was no match for an explosively increasing human presence. Worldwide famine and mass death would eventually result unless this increase could be slowed. Over two hundred years and billions of people later, humankind has defied what Malthus forecast as inevitable.

The world population is creeping up to the 7 billion mark, and until the mid-2030s, the planet can expect to shoulder annual additions of 50 to 70 million more people. That’s quite a few mouths to feed. Although hunger tragically plagues over 13% of that 7 billion, mostly in developing nations, starvation is an issue of poverty and access to fertile land and water – not, as Malthus suggested, absolute food availability. We are, in fact, able to grow enough food to feed everybody. How is this possible?

1960s innovations in agriculture, known as the Green Revolution, saw the development of thirsty, super-productive crop strains and farming technologies that allowed production to keep pace with population. These high-yield varieties need plenty of nutrients (and water), and are thus fueled by inorganic fertilizers that typically contain nitrogen, phosphorus, or potassium. The value of these fertilizers should not be understated; without them, much of the world would be without food (from https://ehp03.niehs.nih.gov/article/fetchArticle.action?articleURI=info%3Adoi%2F10.1289%2Fehp.119-a208#r4). But fertilizer overuse and production is also credited with environmental degradation, prompting some scientists to re-examine the Green Revolution’s effects with a more critical lens.

Although all plants require the nutrients contained in fertilizers for growth, current application rates are threatening the environment. Global fertilizer use has reached staggering amounts, and is projected to rise. By 2015, world fertilizer consumption is estimated to reach nearly 190 million tons. 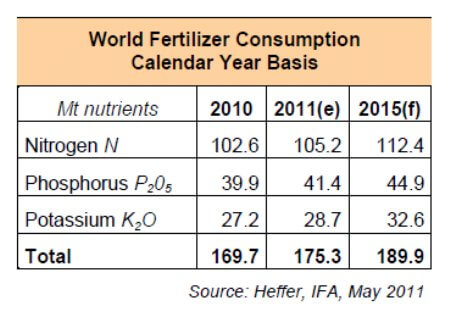 One of the key players in modern industrial agriculture is fertilizer derived from nitrogen fixation, responsible in some cases for up to 75% of crop yield increases. Global supply of nitrogen has doubled since World War II, thanks to the discovery of the Haber-Bosch process, which makes the production of industrial fertilizers possible.

The Haber-Bosch process takes nonreactive atmospheric nitrogen and turns it into ammonia – a plant nutrient – through an energy-intensive procedure using high heat and pressures. (good Wired article explanation) It is estimated that 1% of the world’s energy consumption goes toward fertilizer manufacture. That energy, of course, requires the burning of fossil fuels. On average, 5.5 gallons of fossil fuels per acre, per year are needed to fertilize soil for farming. 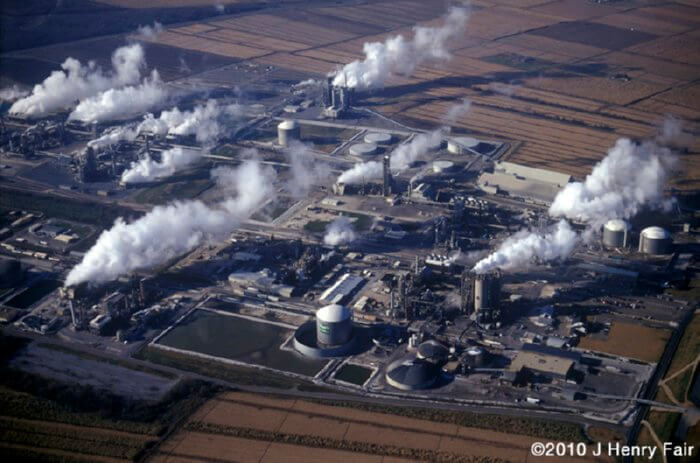 The production of phosphate– and potash-based fertilizers causes ecological damage through the mining processes it entails: draining huge quantities of water from local ecosystems, removal of vegetation, and the discharge of greenhouse gases to name a few (for an extensive list of mining impacts: www.elaw.org). Additionally, radioactive waste is generated by the processing of phosphorus for agricultural use, as mined phosphate rock contains naturally occurring radioactive materials (uranium and thorium).

Phosphogypsum is one of these wastes, and a commonly used fertilizer to boost levels of calcium and sulfur in soils. The EPA does not permit the use of phosphogypsum above a certain radioactivity level (concentrations of radium-226 greater than 10 pCi/g), but farmers may apply phosphogypsum without limitation, and need not keep records of their application rates.

Another byproduct of fertilizer production, phosphate slag, is reused for construction purposes – primarily roads, bridges, railways, and other non-habitable infrastructure. While the EPA states that phosphate slag is less prone to radionuclide leaching than phosphogypsum, levels of radium, thorium, and uranium in phosphate slag have occasionally been as high as 50 pCi/g. Because phosphogypsum more radioactive than 10pCi/g is unusable, it is stored in enormous stacks, typically on unprepared land at production sites. These stacks are left uncovered, exude carcinogenic radon gas, and can leak acidic water into the ground. (source) 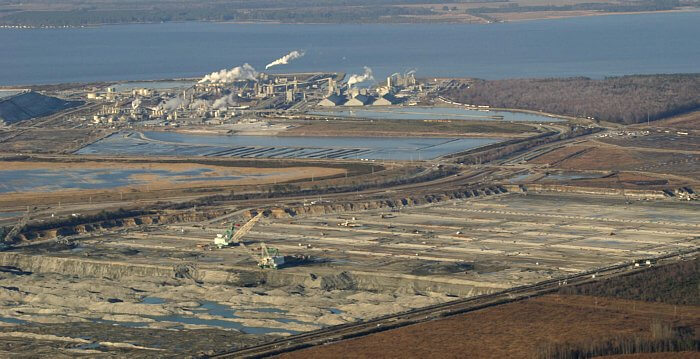 Phosphate mine in North Carolina. Originally found at “http://www.ptrf.org/PhosphateMining.html”

The U.S. biofuel industry relies heavily on the mining of phosphate for fertilizers. Phosphate cannot be substituted with any other mineral, and so growing biofuel demands could precipitate a future shortage of this resource in as little as 50 years. So much for the renewability of ethanol. Phosphate rock’s growing scarcity has increased both the price of the mineral itself (roughly 350% between 2003 and 2008) as well as the food it is used to fertilize, prompting riots in over 40 countries in 2008 (Originally sourced from https://www.ecosystm.org/Losing-Phosphorus-Means-Losing-Crops.html).

The prospects of finding new phosphorus reserves large enough to satisfy growing demand are slim, and the ore itself takes millions of years to form. Like crude oil, remaining phosphorus could soon become a point of geopolitical contention – its main sources for export are Morocco, Syria, Jordan, South Africa, Russia, and the Western Sahara. 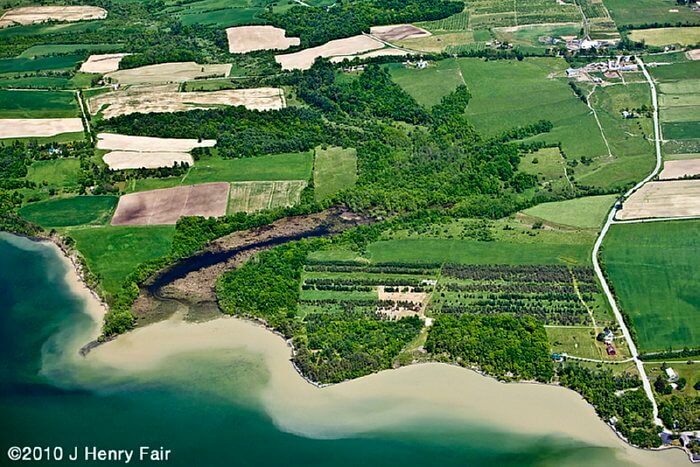 Fertilizers do not just affect the crops on which they are applied, but drain off into the soil and nearby waterways. In aquatic systems, they boost the growth of algae, which bloom en masse and deprive the surrounding water of oxygen. This process is called eutrophication, and areas of severe eutrophication – waters that do not have enough oxygen to support life – are known as dead zones.

The leaching nitrates can also impact drinking water supplies if located near wells, and nitrate-contaminated water has been linked to gastric problems in adults. Infants are more susceptible to adverse health effects, and should not consume water with concentrations of nitrate in excess of 10 mg/L. Since most purification methods do not effectively remove nitrates from water, contamination ought to be prevented in the first place.

While intended to enrich soils, overuse of fertilizers can in fact stunt crop productivity. Because most crops are suited to a neutral pH range, soil acidification from heavy nitrogen inputs can counteract the intended effects of fertilizer addition. Such is the case in China, where acidic soils boost parasite abundance and facilitate the leaching of toxic metals like aluminum and manganese. There, agricultural experts say that many areas would benefit from application reductions of up to 60%.

China is the world’s top consumer of fertilizers and it is estimated that 10 million tons of fertilizer end up in China’s waterways. Groundwater pollution is occurring, and in other Asian countries besides China: Japan, Korea, and Vietnam are all experiencing contamination of water from fertilizers. 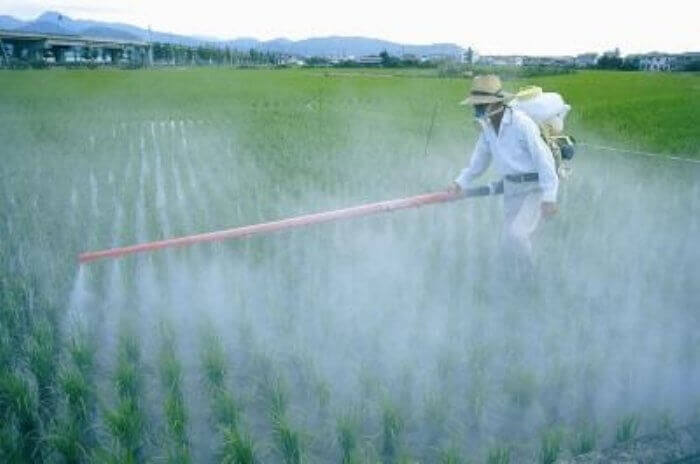 How To Reduce Environmental Impacts Of Chemical Fertilizer

Better management practices are a good option for reducing environmental impacts. The Southwest Florida Management District recently kicked off an awareness campaign to encourage responsible fertilizer use at the municipal level (see swfwmd.state.fl.us). The EPA launched a similar campaign in 2005, partnering with the MTA to inform suburban comuters on New York’s public transit system of the hazards of excess chemical fertilizers entering the drinking water (yosemite.epa.gov). Perhaps an awareness campaign on Western dietary habits is also in order: because so much of grain production goes into livestock feed – in the U.S., a whopping 80% – lowering meat consumption can relieve some demands for fertilizer. Home gardeners can go organic and eschew its application. Examples of organic fertilizers include compost, compost tea, manure, leaf mold, fish emulsion, seaweed and urine. For organic lawn ideas see: www.extremelygreen.com

If chemical fertilizers are necessary, the following guidelines can help minimize contaminated drainage into sensitive areas:

Fast-acting fertilizers should not be applied before a heavy rainfall. Spring fertilization should be minimized—water tables are generally high at that time, thereby increasing the risk of fertilizer leaching into water sources. Do not apply fertilizer on frozen ground—the likelihood of runoff into water supply sources is dramatically increased.

Leave a strip of unfertilized grasses or natural vegetation near any water body. This helps against erosion and produces a trap for unwanted nutrients. Reduse usage on hills.

Use a mulching mower

Mulching the grass and leaving the clippings reduces the need for fertilizer by as much as one-half.

Take care when applying fertilizers around sewers and drains. Shut off spreaders before crossing sidewalks or driveways and sweep up any spills. Rinse your spreader over the lawn area and not on the driveway in order to minimize fertilizer runoff.

Store unused fertilizer in a dry place away from any water source. If stored fertilizer gets wet you not only lose nutrient value, there is potential for nitrates to leach into water sources. (from mass.gov) 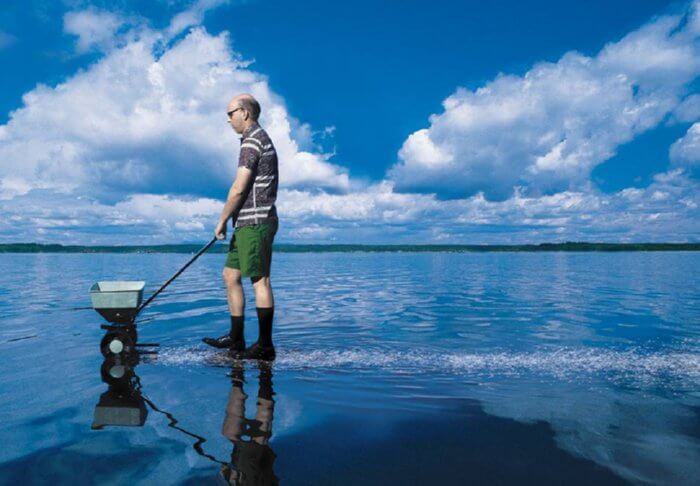 Malthus may have been wrong up until now – we can produce enough food to feed the world with the use of inorganic fertilizers. But with the environmental destruction and looming resource shortages, our reliance cannot last forever. Dealing with the problem on the industrial scale will pose serious challenges. It may be time for a second Green Revolution, and one that takes into account our unsustainable farming practices.