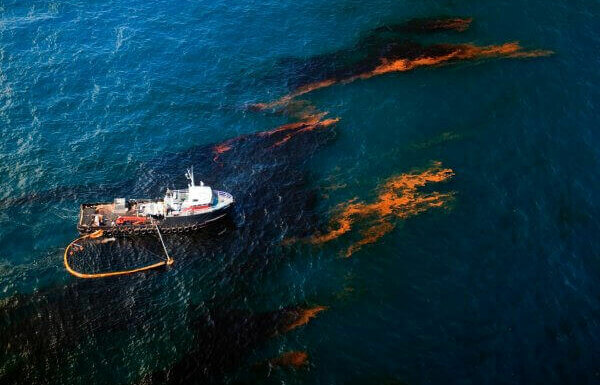 Water-residents of the Gulf and the spill….

Sperm Whales are inquisitive and investigate boats and oil rigs…

It is somewhat ironic that an extensive environmental study in the Gulf carried out by the Minerals Management Service, that counted and noted habitat preferences of cetaceans (marine mammals with a blowhole for breathing—including whales, porpoises and dolphins) encountered two species (melon-headed whales and fraser’s dolphins) that were rarely seen in the area before.

During the study the ship heard and saw numerous sperm whales in the vicinity of the Deepwater Horizon. A population of about 1400 sperm whales live in the Gulf of Mexico year-round. And scientists say if we lose just a few of them due to this spill, it could dangerously tip their numbers.

DESCRIPTION: The GulfCet Program (by the Minerals Management Service) was a 3.75 year project (1 October 1991 through 15 July 1995). The study was restricted to the area bounded by the Florida-Alabama border, the Texas-Mexico border, and the 100- and 2,000-m isobaths. A major part of the GulfCet Program’s field research consisted of seasonal, line transect surveys to determine the distribution and abundance of cetaceans in the study with 1) aircraft, 2) visual surveys from ships, and 3) acoustic surveys using a linear hydrophone array towed behind a visual survey ship.

SIGNIFICANT CONCLUSIONS: Cetaceans were sighted throughout the length of study area at all water depths. However, distinct species were found at specific water depths.

A total of 683 shipboard marine mammal sightings of at least 19 species were made during the eleven ship surveys. Pantropical spotted dolphins and bottlenose dolphins were the most common small cetaceans and sperm whales were the most common large cetacean seen by ship. Marine mammals acoustic contacts totaled 487. Of that number, 124 contacts were recorded, representing 12 species.

Sperm whales were the most commonly recorded species, accounting for 56% of identified contacts. The majority of the sperm whale acoustic contacts have been off the mouth of the Mississippi River and on the western side of the study area.”

And then the explosion…

An oil-soaked bird struggles to get onto a ship at the site of the Deepwater Horizon oil spill, May 9.

Oiled sea turtles have been picked out of the skimmers.

Controlled burns have been a joint federal, state and BP effort to reduce oil coming to shore. In June, flare siphoning of oil and gas from pipes on the seafloor is burning about 150,000 gallons a day. Also at the site BP is burning about 30 million cubic feet of natural gas a day.

The EPA has authorized nearly a million gallons of toxic chemical dispersants to be used in the Gulf. U.S. Air Force planes have been filling and flying almost non-stop. Plus the dispersants are being released at the seafloor 5000 feet down. When oil breaks into small particles it is easier for fish and other wildlife to absorb the oil’s toxic chemicals, no less the chemical dispersants themselves. A lot of the dead wildlife will end up on the ocean floor where they cannot be counted…nor mourned.

“The use of the Corexit dispersant 9500 and the highly toxic 9527 by BP, with the approval and assistance of the US Coast Guard and EPA, has been the subject of intense scrutiny and criticism. Never before has such a huge quantity of the toxic compound been used anywhere on the planet. Most countries including NATO allies ban its use and will only grant approval as a last resort after other methods have failed.” see www.huffingtonpost.com

On top of the oil that is visible, University of Georgia researchers are finding invisible methane concentrations up to 10,000 times higher than normal, and the oxygen levels in the area are being depleted by roughly 40 percent.

“The Gulf of Mexico is a very big ocean. The amount of volume of oil and dispersant we are putting into it is tiny in relation to the total water volume,” so said Tony Hayward, the chief executive of BP to the Guardian in mid-May. (2)

June brings the oil to the shore…

How will they survive this?

The Aftermath Of The BP Oil Spill

NEW ORLEANS — Far beneath the surface of the Gulf of Mexico, deeper than divers can go, scientists say they are finding oil from the busted BP well on the sea’s muddy and mysterious bottom.

Oil at least two inches thick was found Sunday night and Monday morning about a mile beneath the surface. Under it was a layer of dead shrimp and other small animals, said University of Georgia researcher Samantha Joye, speaking from the helm of a research vessel in the Gulf…