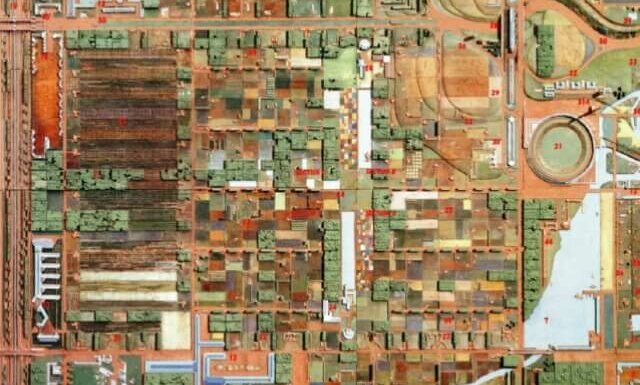 Urban Agriculture: Outside on the ground and on the roof. Today the average food item travels 1300 to 1500 miles from farm to plate. 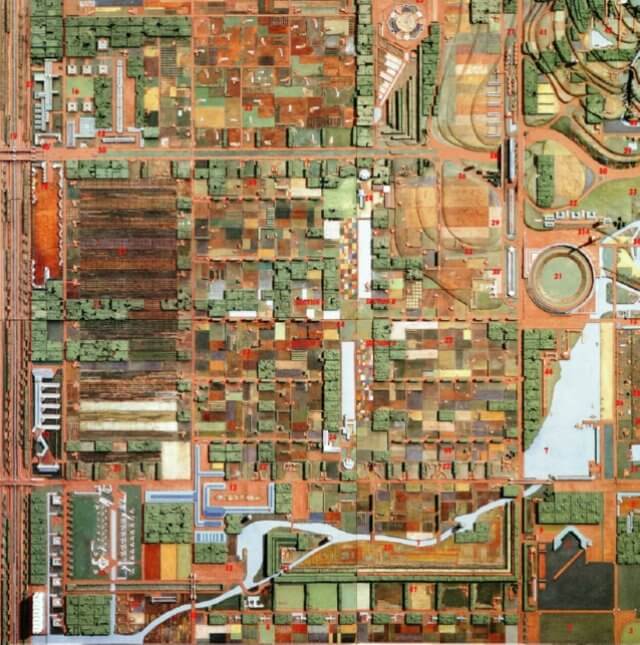 Frank Lloyd Wright’s Broadacre City – Plan for The Living City. The unbuilt plan was progressive for its time (1934), one acre farm lots for each family in mixed use neighborhoods, but it focused heavily on the car. Source 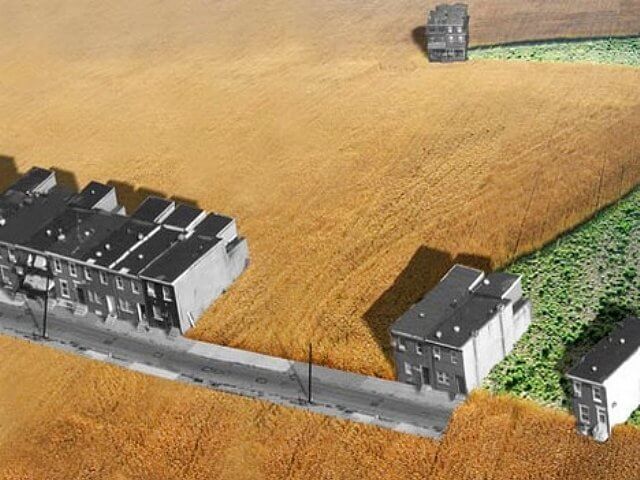 Front Studio Architects – propose ‘Farmadelphia’ a transformation of urban Philly by introducing farmlands into the city’s abandoned plots. On the architects’ site they say “The ‘Farmadeliphication’ of once decrepit buildings into farm structures allows for an organic transformation of history that contributes to the present day fabric. The irony of the farm and the city ceases to be a paradox as both function as one integral machine, combining the pleasure of open sky and land with the richness of city living.” Source 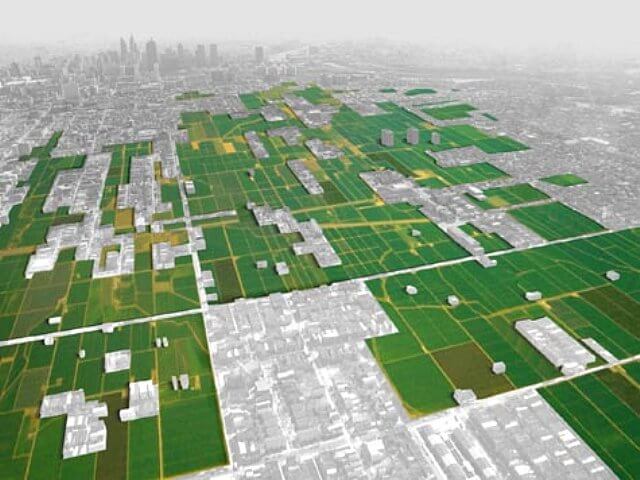 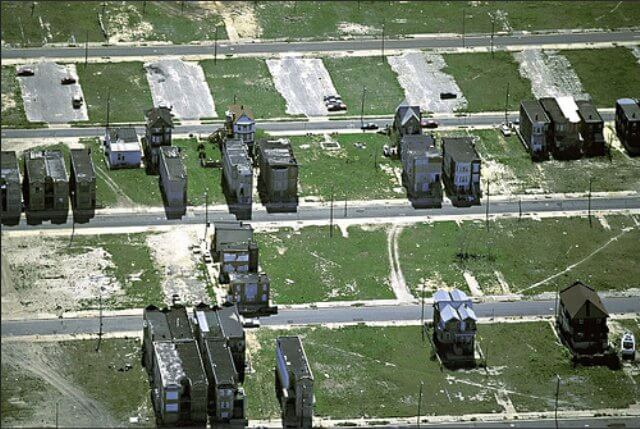 There are 40 square miles of abandoned land in Detroit. It could go from this… 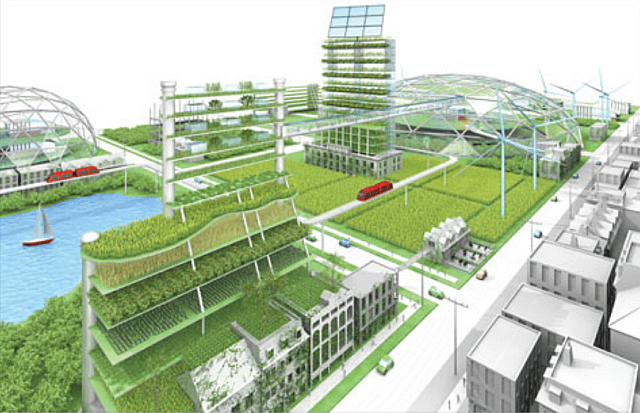 …to this.. John Hantz is starting a farm in Detroit (the world’s largest urban farm), his business plan calls for ‘the deployment of the latest in farm technology, from compost-heated greenhouses to hydroponic (water only, no soil) and aeroponic (air only) growing systems designed to maximize productivity in cramped settings.

And visitors will be able to “walk down the row pushing a baby stroller,” he promises. The farm will focus on high-margin edibles: peaches, berries, plums, nectarines, exotic greens and heirloom tomatoes. Hantz is using $30 million of his own money to finance the for-profit farm. Phase 1 will utilize more than 70 acres of underutilized vacant lands and abandoned properties on Detroit’s Lower East Side. Rendering by Bryan Christie 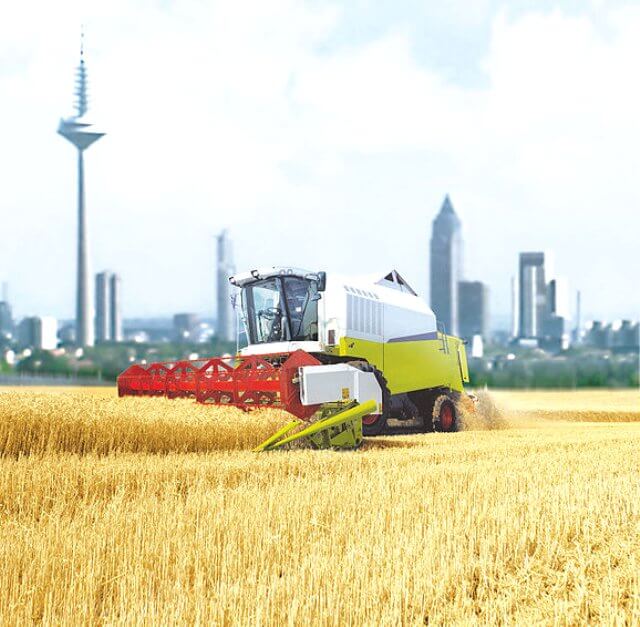 The City of Frankfurt has farms at its doorstep. 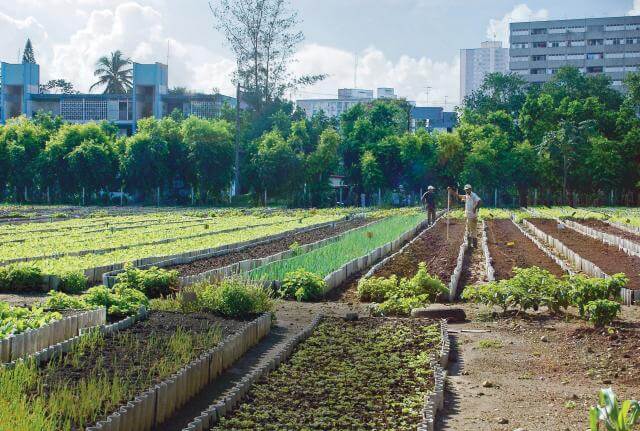 The residents of Cuba have been local and organic since the fall of the soviet bloc. More than 50% of Havanna’s produce is grown within its city limits. 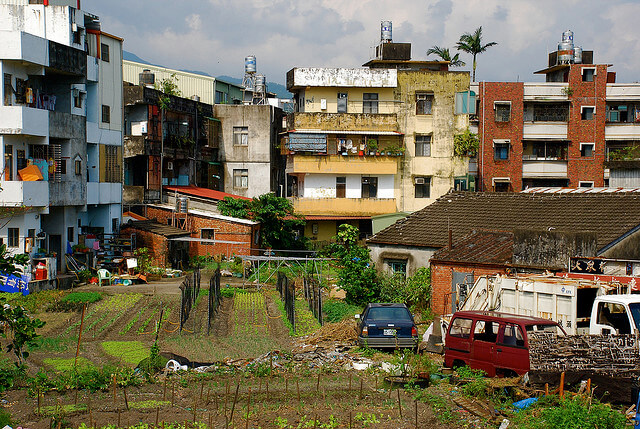 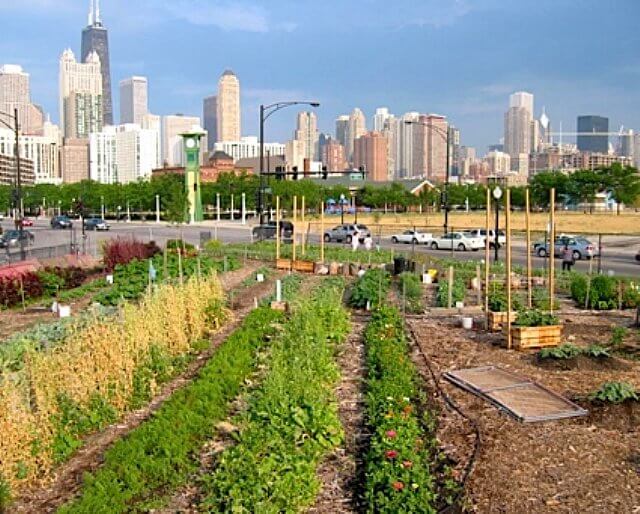 Numerous farms have sprouted up within the city of Chicago. Source

Ian Cheney and Curt Ellis’ truck farm is not stuck in one city…they’re in for a ride. Source 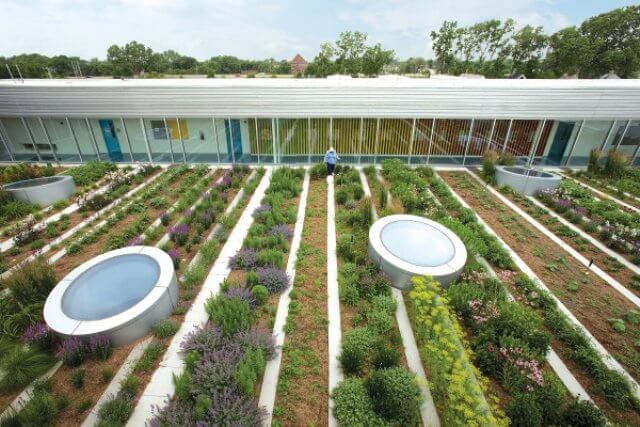 The Youth Center Roof Garden in Chicago is designed to both educate and feed those it serves. 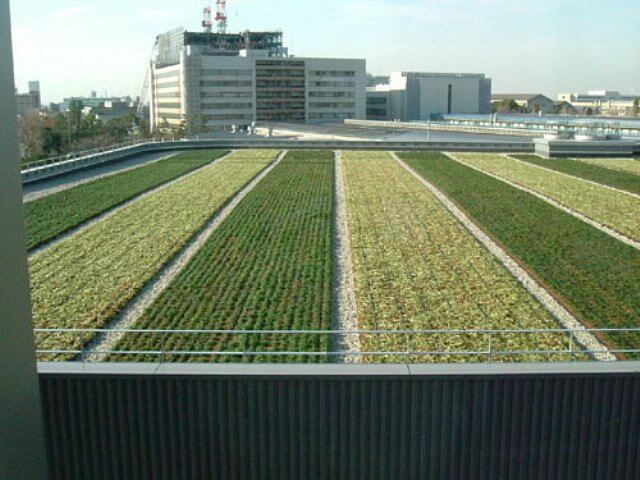 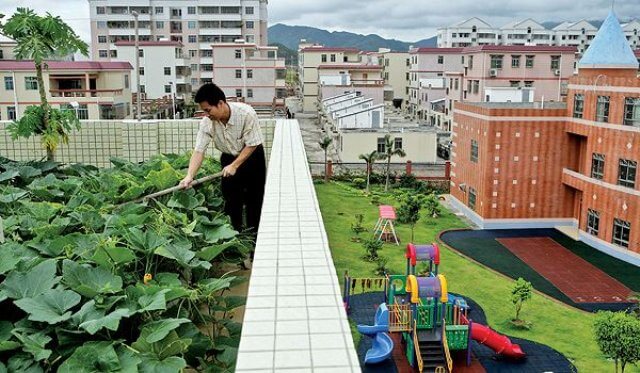 This roof garden in China is owned by Shell Oil, Nanhai. 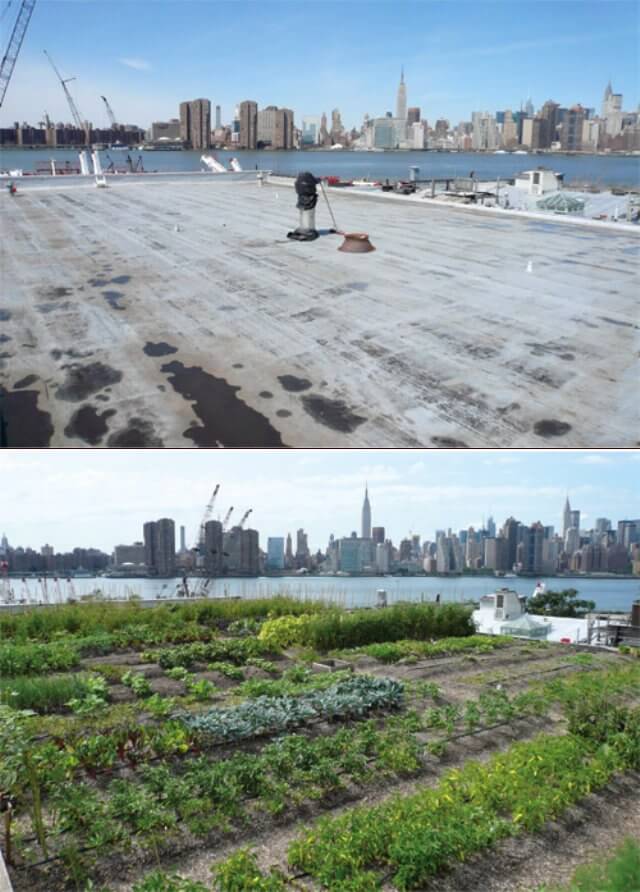 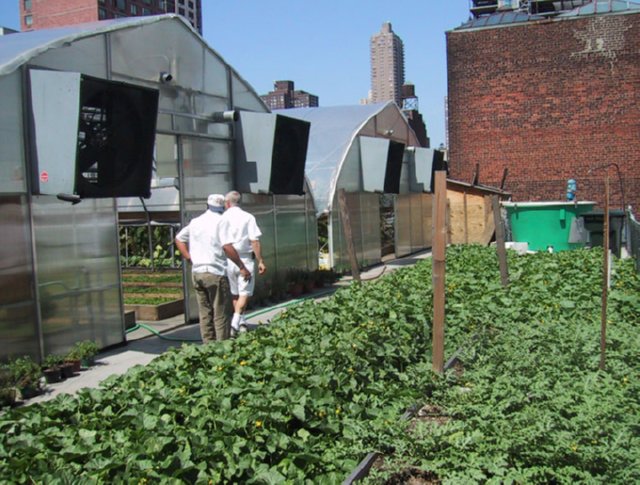 The rooftop greenhouses on Eli Zabar’s Vinegar Factory have been feeding Manhattanites for years. Source 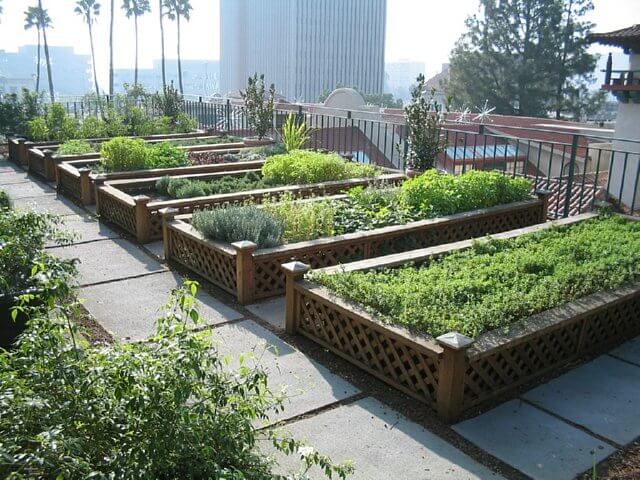 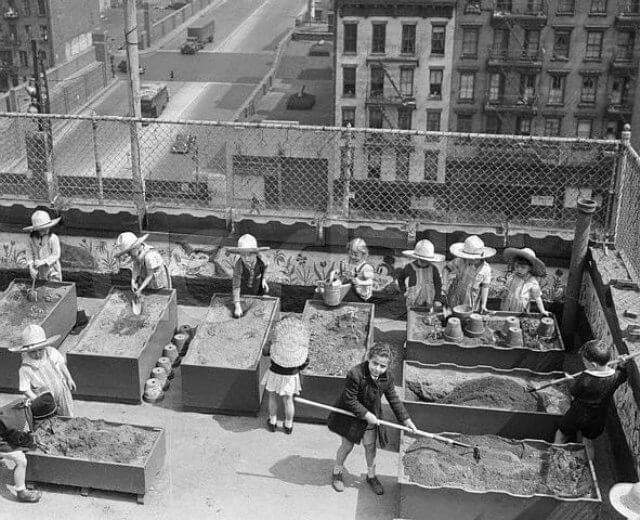 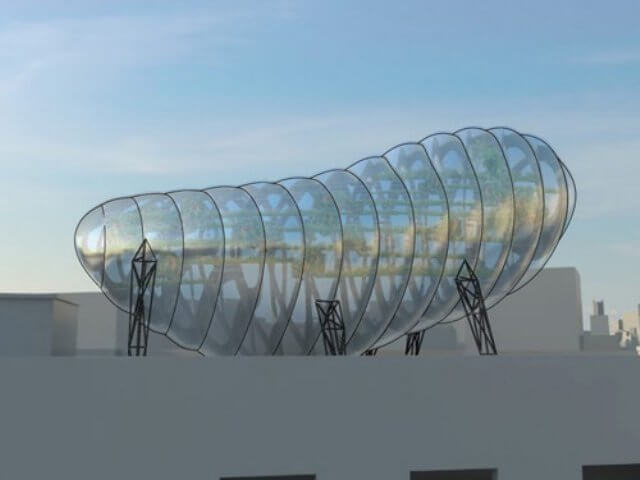 Urban Space Station. Natalie Jeremijenko’s “greenhouses tap into the buildings below them, giving and taking in a kind of mechanical symbiosis. By recycling air and water, the two drink together, breathe together and regulate each other’s temperature.” The vegetables are grown hydroponically thereby reducing weight and the legs of the bug-like pod distribute the weight to the load bearing walls of the building. The pod is curved so the winds flow around it. www.popularmechanics.com and www.jetsongreen.com. Lots of interesting youtube videos to be found on this interesting project. 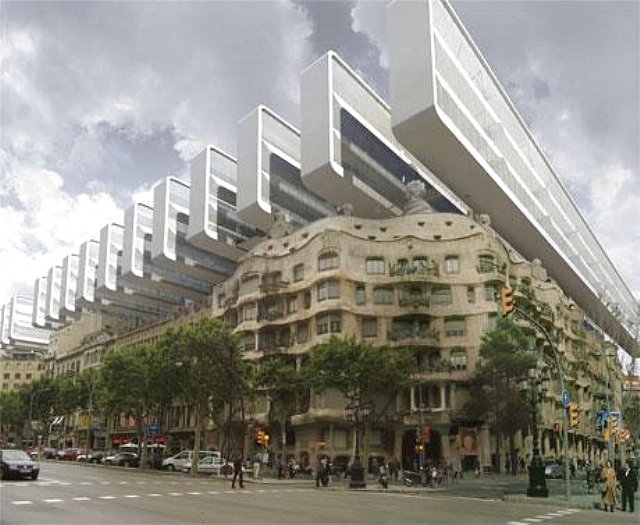 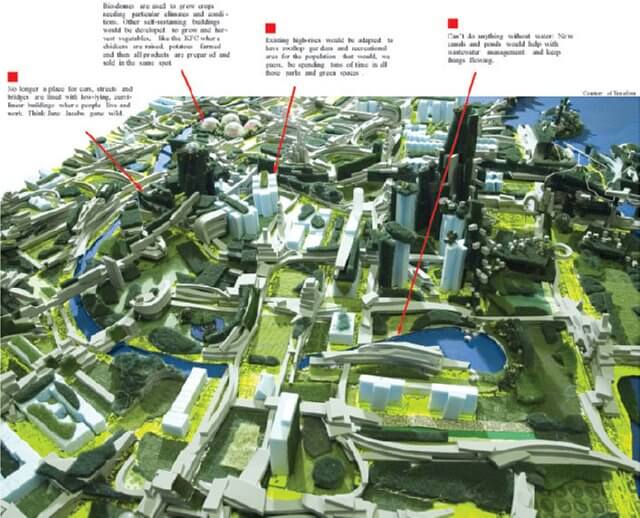 The potential future…Mitchell Joachim Rethinking NYC. What if NYC was self-sufficient, within its own political boundaries? With no inputs and no outputs. Buildings become streets, to make them into productive space, amidst a climactically altered Manhattan. www.terreform.org Source 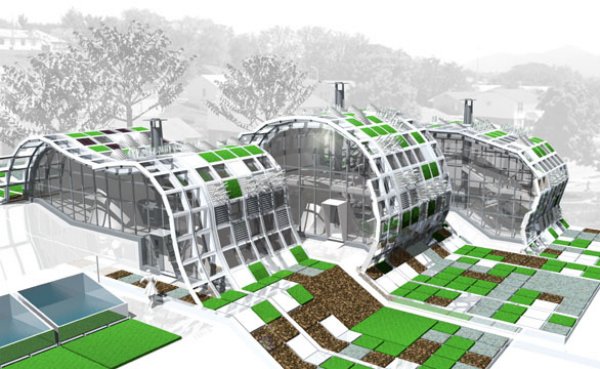