You are here: Home / Homestead Living / Minimalism / Living in a Dumpster, For a Full Year – Meet the New 1% 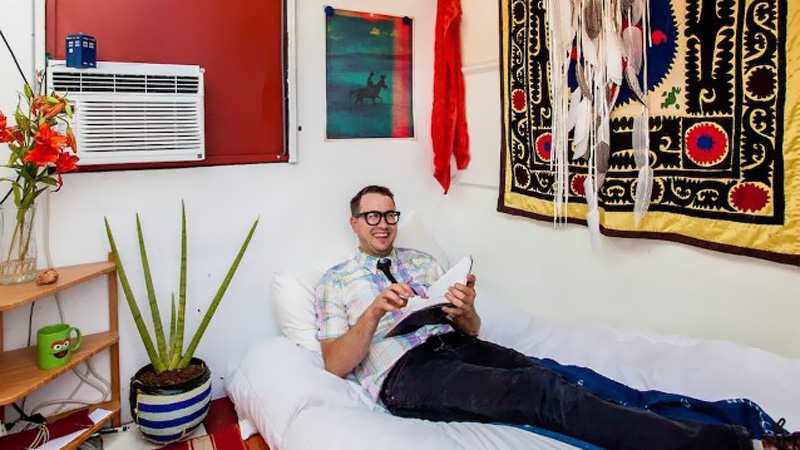 Environmental science professor Jeff Wilson believes that American homes have gotten way too big, and way too wasteful, giving people something they don’t need at a price that- often- they can’t afford. Wilson’s not “all talk”, either, and will spend the next year of his life living in a standard 6’x6′ commercial dumpster to prove his point.

This dumpster, to be specific … 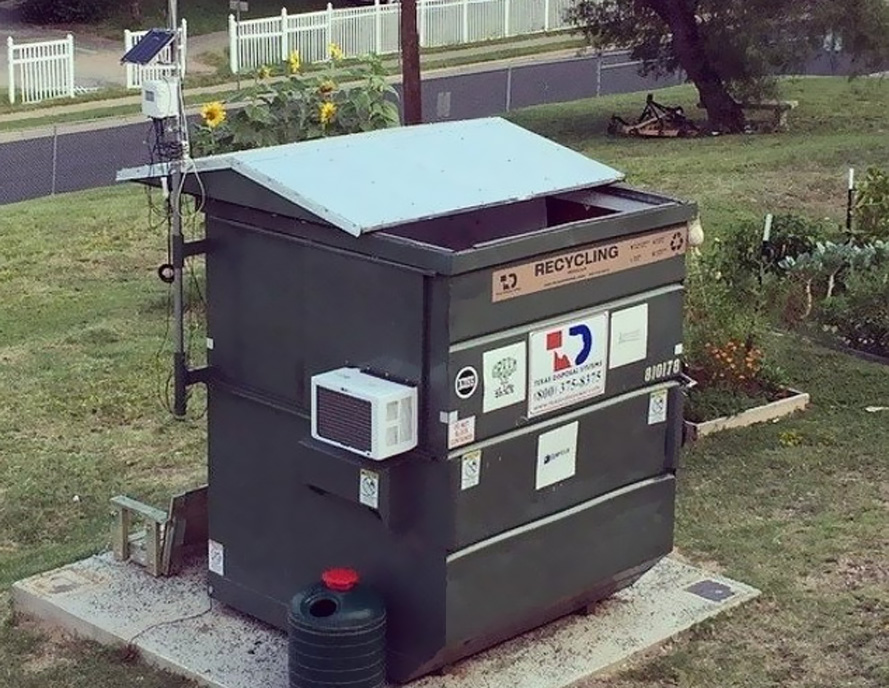 Calling him “Professor Dumpster”, the Dumpster Project website is chronicling Wilson’s year in the dumps- which began back in February- and using his experience as a basis for a video documentary that will, presumably, debut at SXSW next year. Accoring to the site, Wilson “will be spending one year in a dumpster that is approximately 6 feet x 6 feet, or about 1% the size of the average new American home. Professor Dumpster, in his bid to become part of the ‘new 1%’ will strive to use 1% the water, 1% the energy, and create 1% the waste of the average American home.”

For the moment, the dumpster is just that- a 6×6 foot dumpster that’s been cleaned out, painted, and hooked up to the grid. Wilson, however, has bigger plans for his 1% home. If “phase 1” is the dumpster, itself, “phase 2” adds a shade structure to minimize his need for the “window” mounted AC unit, as well as a laundry unit/bathroom built into a tool shed next to the unit … 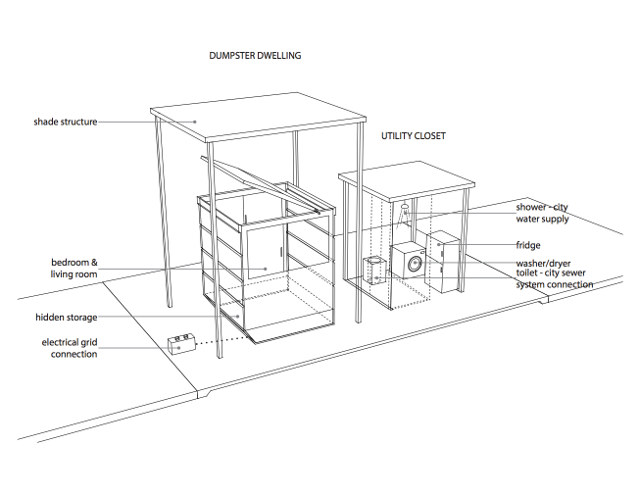 … now, if you’re anything like me, you noticed that Wilson seems to be saying that he wants to take up quite a bit more than the “1% of a new home” he originally talked about, but he’s still committed to using a small % of a new home’s footprint while staying at that 1% level of resources. He plans to do that by building up, rather than out … 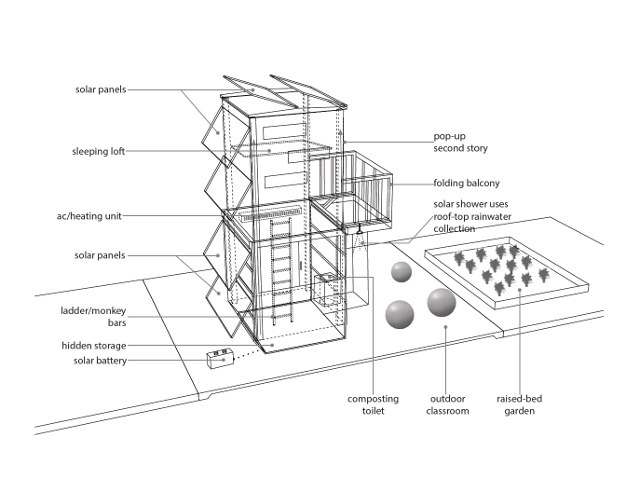 … Wilson’s forward-looking plans would stack dumpsters, Lego-style, and use their opened “lids” as perfectly placed solar “leaves”, each of which would hold a solar PV panel of its own that would allow Professor Dumpster to separate fully from the grid, and even teach his classes outside.

You can check out Wilson’s “pitch” for the project in a short video, below, and let us know what you think of Wilson’s extreme tiny house experiment- and whether or not you think you could be happy in a 6×6′ footprint!- in the comments section at the bottom of the page. Enjoy!