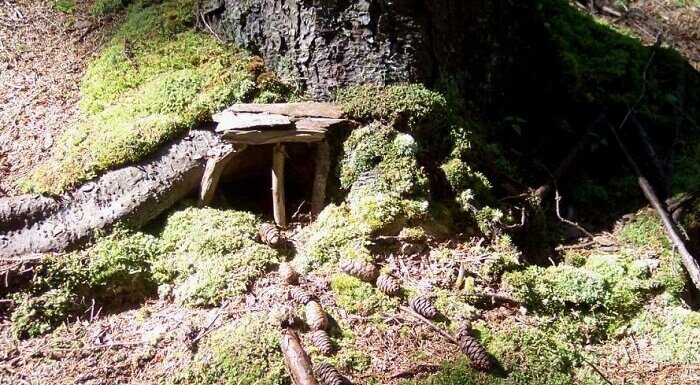 Supply a home to our ethereal friends in your backyard, in a park, or in your city apartment. Great fun with kids, as the activity is usually outside in nature, and sparks imagination and creative play. 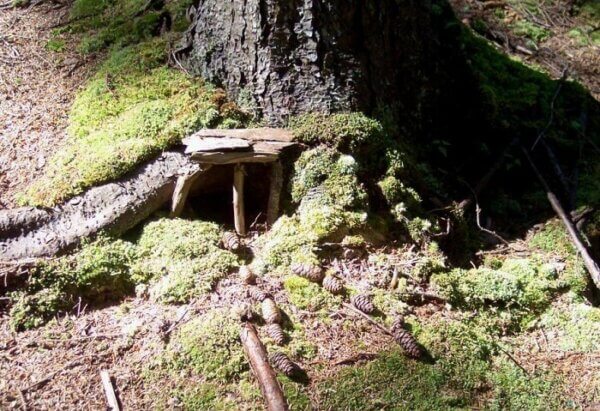 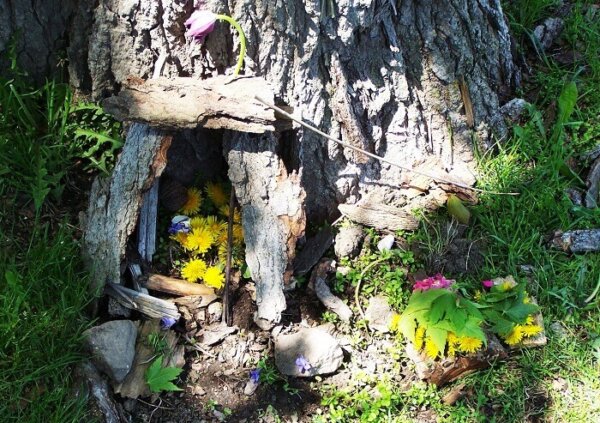 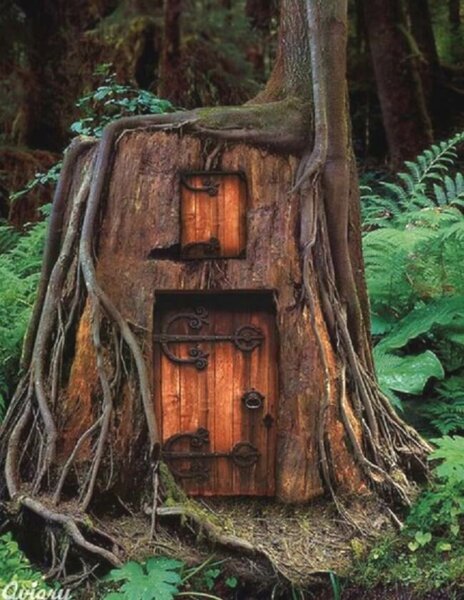 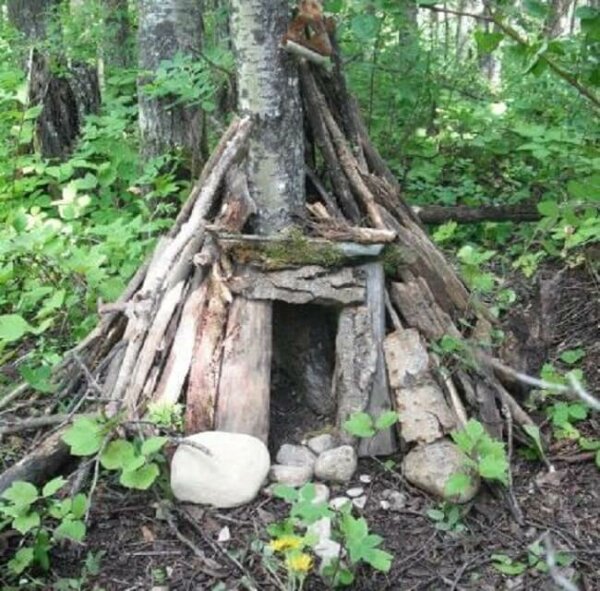 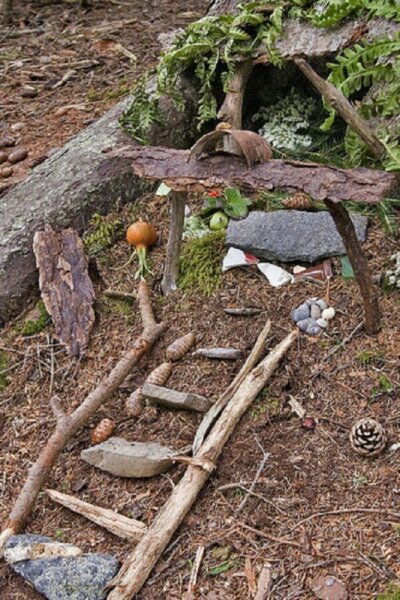 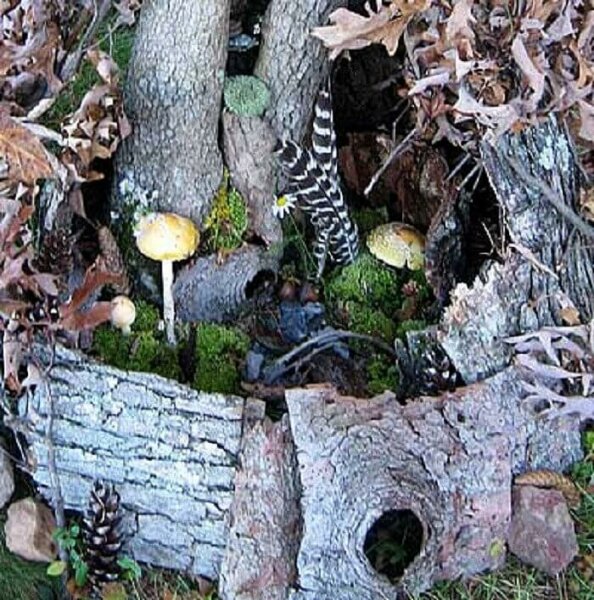 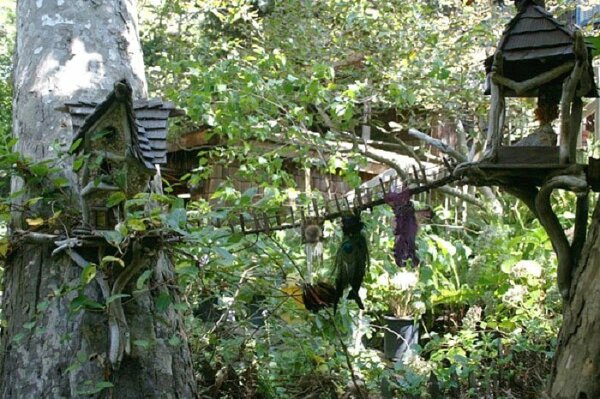 A Fairy House on a tree mounted base, a bird barn, with a connecting bridge. All elements created by John Crawford for a garden in Santa Monica Canyon, Santa Monica, CA. fairywoodland.com 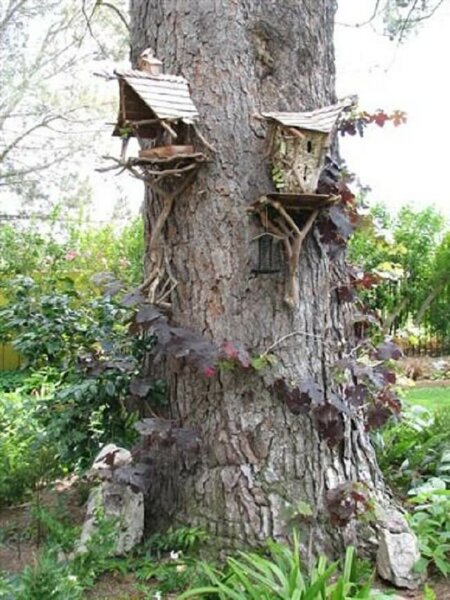 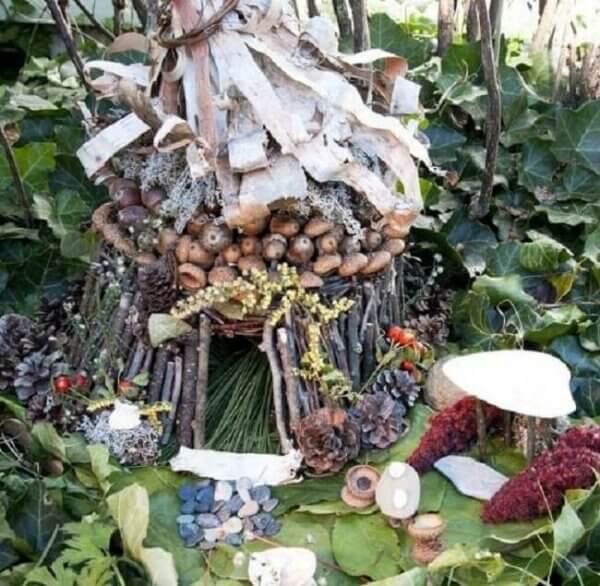 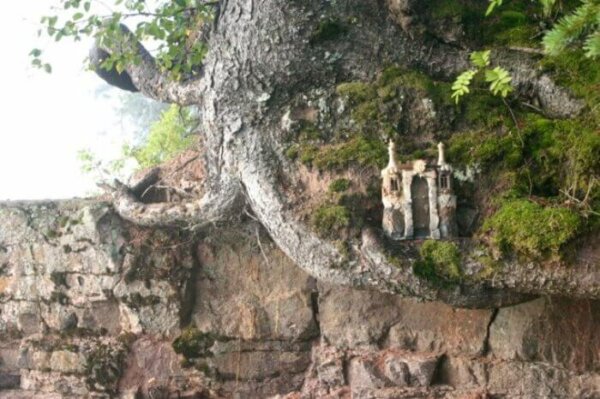 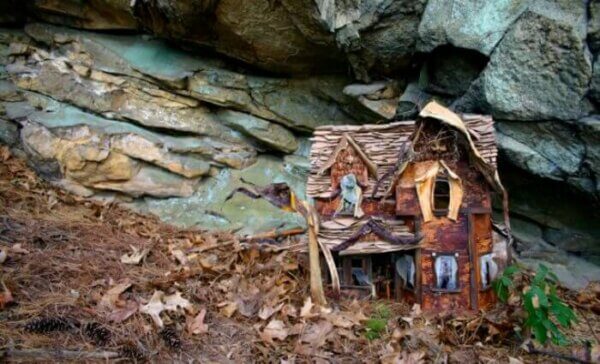 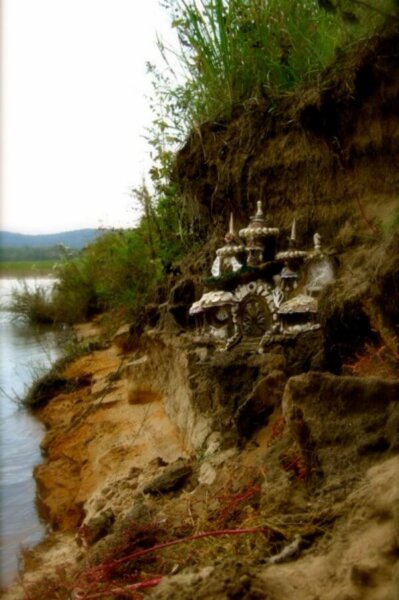 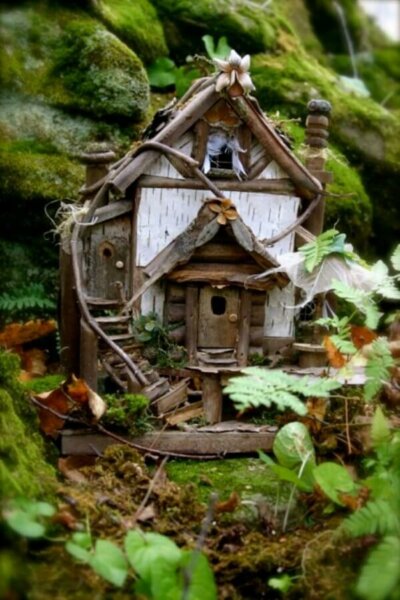 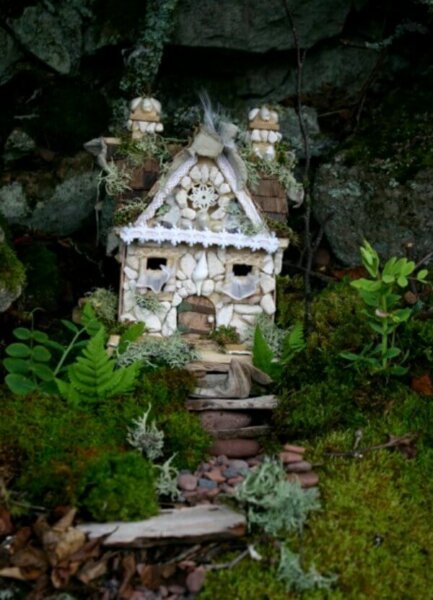 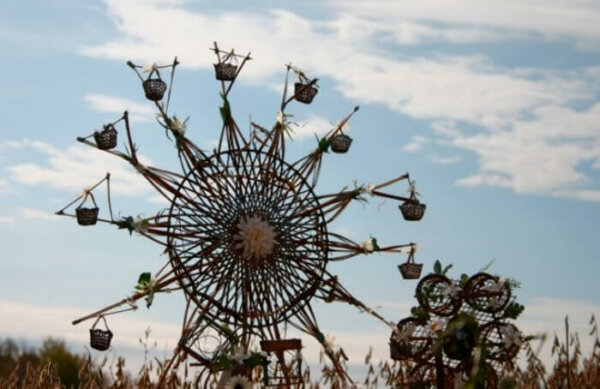 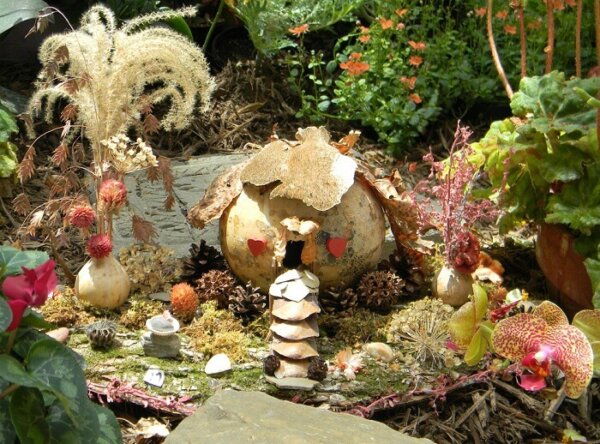 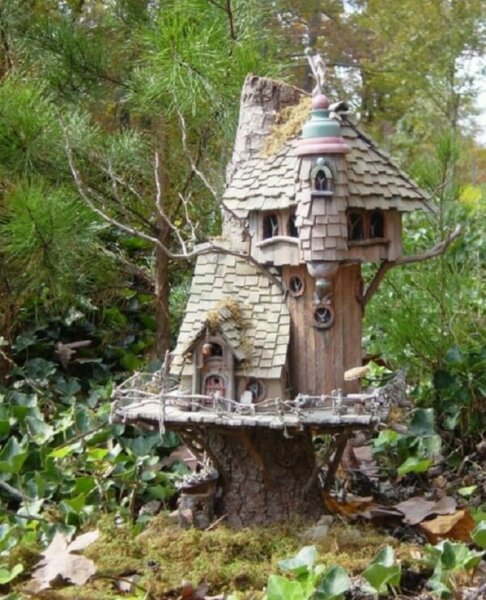 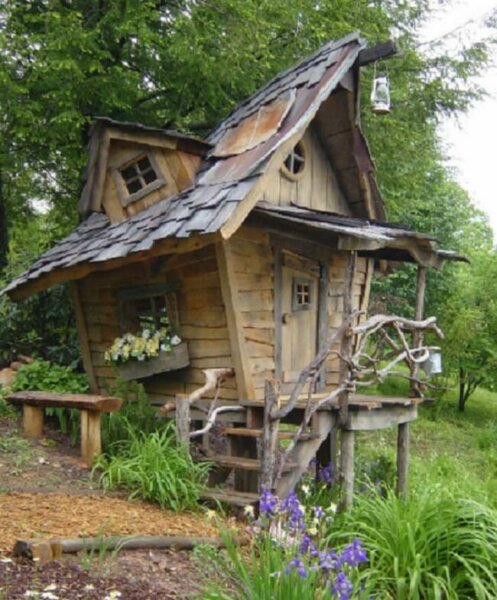 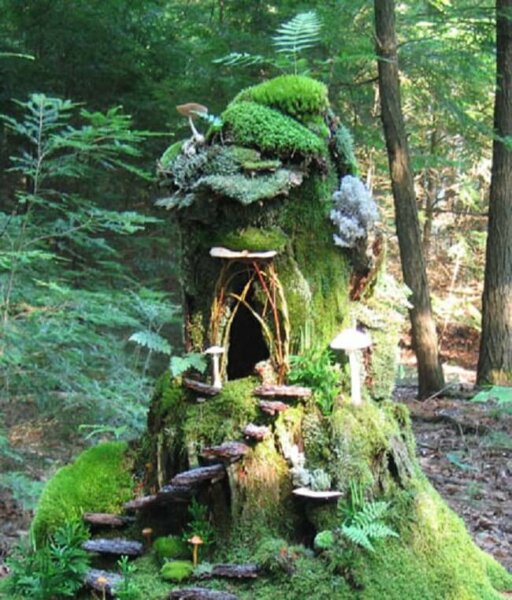 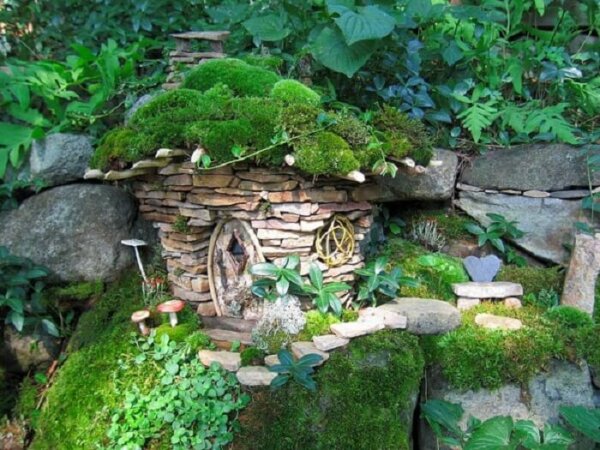 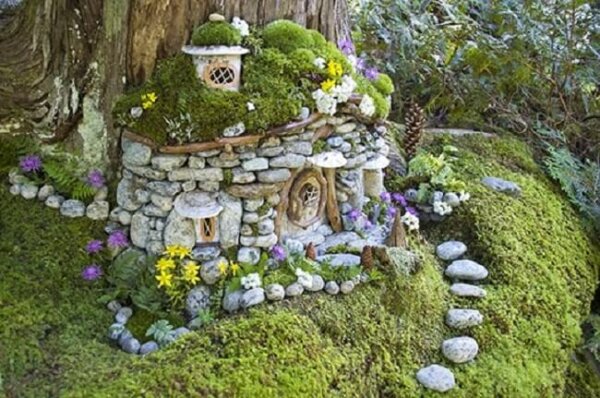 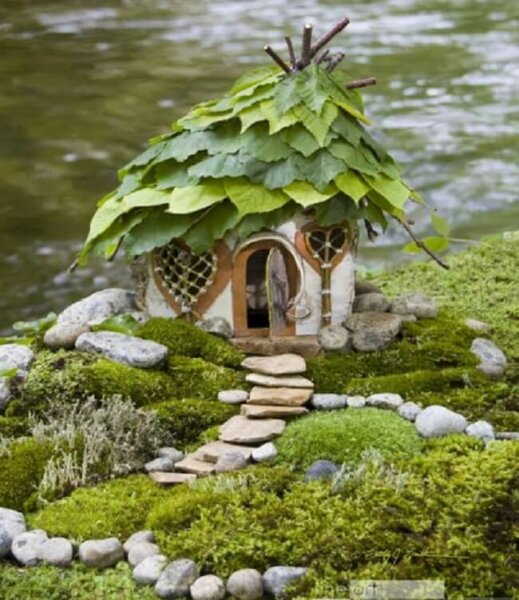 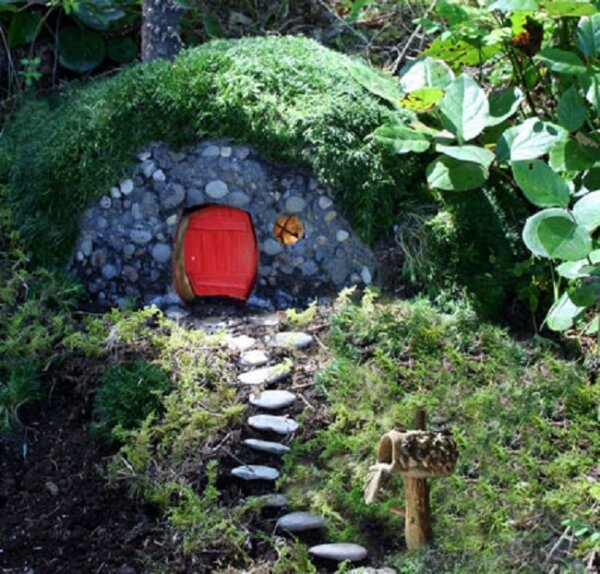 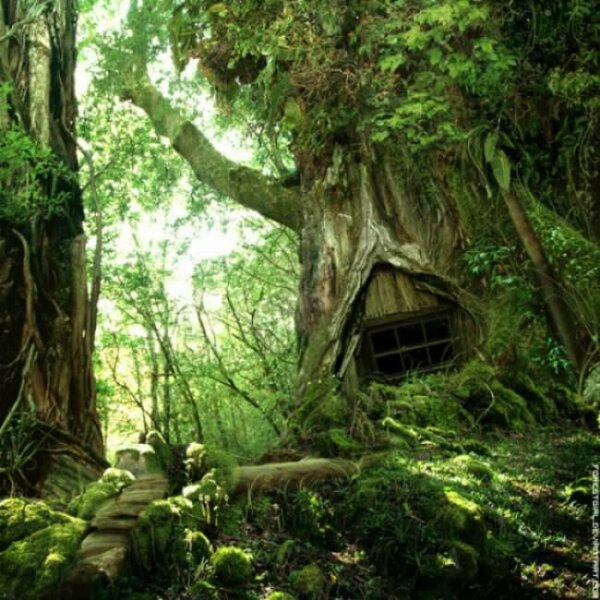 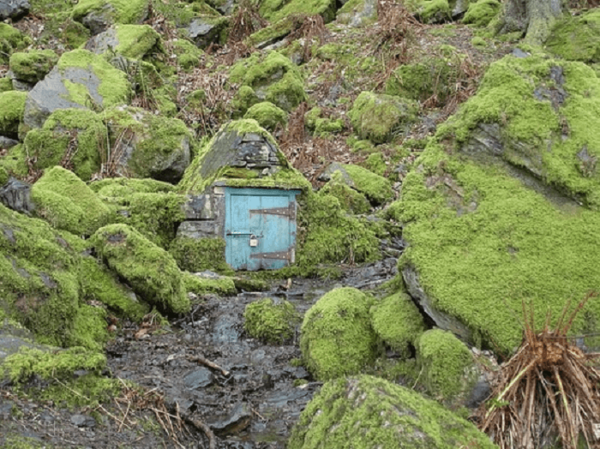 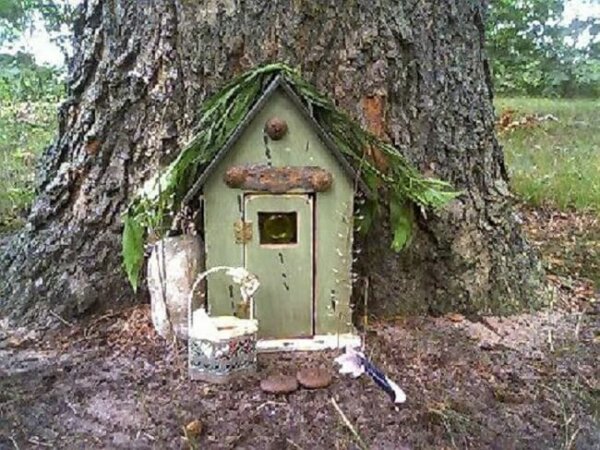 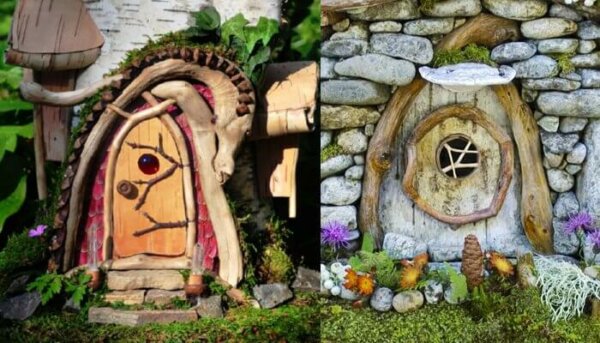 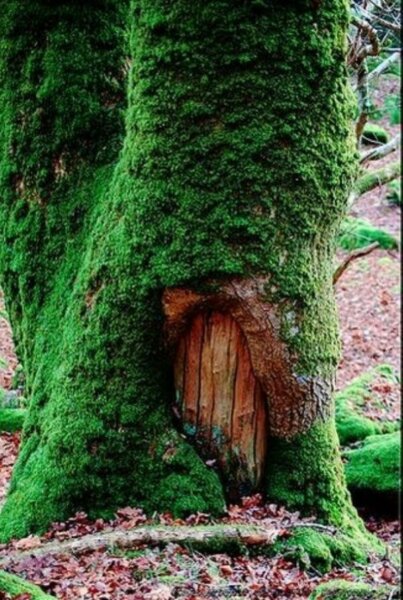 According to The Compleat Wetlander, fairy houses are, “a 100+ year tradition in Maine, especially along the coast and on the islands, when many island communities had working farms. Traveling schoolteachers brought folk tales involving fairies that inspired islanders—children and adults alike—to build gnome homes to attract fairies in order to watch over the livestock and children during Maine winters. A fairy house traditionally included a tiny altar with a small offering, such as a coin, to pay the fairies to help the farmers.” www.mainegardens.org  More events: www.fairyhouses.com

Workshops in Wisconsin and Michigan: www.faeriefactory.com

Urban Fairies: If you think you have to be in woodland to attract fairies, think again. In Ann Arbor, Michigan urban fairies are quite common. See: www.urban-fairies.com