You are here: Home / Homestead Living / Off Grid / Living Off The Grid

Living off the grid might seem like a dream come true for some of us. No longer tied to electricity or natural gas coming for a utility, we have greater choices for locations and saving money over the long-term. If you are someone who wants to set down roots away from the traffic and bustle of a city, you certainly might like to live in a very independent manner. 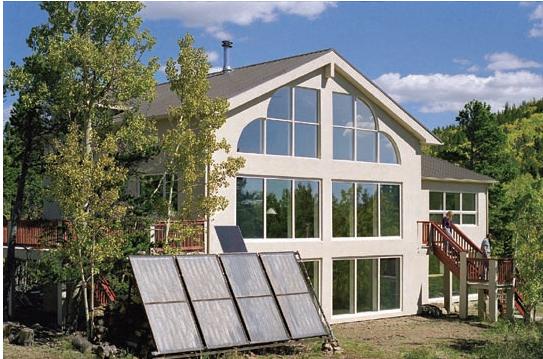 You also may have a survival mindset that goes beyond being dependent on anything or anyone else for your electricity, natural gas, or even vehicle fuel. For example some people collect used waste food oil and refine it to use as biodiesel in vehicles with diesel engines. In fact, Rudolph Diesel ran some of his own engines on peanut oil. Diesel envisioned a future where farmers could create their own food oils to run their own equipment — a self-sufficient enterprise — and one that in a sense would be off the grid. The goal of being off the grid is to be energy-independent.

Another motivation for off-the-gridder is to live in an alternative form of housing, such as a micro-home or self-built structure using materials like rammed earth or straw bales. In each case, there is a mindset that one can design and build a home that better suits one’s needs and that will probably be better for the environment, because it uses local, recycled or greener materials. Also it might be built just for those living conditions based on understanding the landscape, soil, wildlife and weather.

Of course, if you have the mental and physical ability to build your own home, why not go the next mile and do the same with your residential energy system?

Living far away from civilization could have some hazards though. Before looking for a parcel of land to live on, you might want to consider the following:

How far will you be from emergency medical support? This is obviously very important because if you have a serious accident or a medical situation, rapid response can be the difference between survival and death.

If you are sick or injured will you be so far away that no one will come to give you treatment or physical help? Is the land safe or is it vulnerable to wildfires, landslides, mudslides, avalanches, floods, snowstorms, earthquakes, or pests? If you want to grow some or all of your own food — how easy or difficult is it to plant, manage and harvest there? How will you protect your plants from wild animals and insect damage? Are the growing seasons favorable or unfavorable? Have you ever lived in difficult conditions and did you like it or at least have a tolerance for it?

Living Off The Grid Checklist Of Considerations…

Living off the grid may present some physical challenges that the average US citizen may not expect or like, such as:

The most obvious source of electricity for someone living off the grid is a solar power system. Fortunately, the cost of solar panels is at an all-time low, so they are much more affordable than they were previously. You would need to figure out how much electricity you will use each month, the appliances you will be using, and the size of the solar power system.

If you have a small place, you won’t need that much solar power, but you may also have a small roof, so perhaps some ground-mounted panels would work. The first thing would be to determine how much sunlight is available. A solar calculator would be helpful for that.

If you don’t want to buy brand new solar panels, it might be work to try some searches on eBay because used panels sometimes are offered for sale there.

It will be necessary to generate enough electricity that you have a surplus and store that in batteries, but there are such products currently on the market. In case the batteries or solar power system fails, a backup will be necessary too. Check out this lengthy analysis of various battery options, including the Tesla Powerwall.

There are plenty of fuel-powered generators that can be used for short periods.

In addition to electricity, the next most important consideration is probably water and you will most likely want to have a well drilled, but that could cost thousands of dollars. For considerably, less you might be able to drill your own.

For waste management, a septic tank combined with a composting toilet would be effective. There is also something called an incinerating toilet that eliminates human waste. However, in some rural areas, you have to be careful with septic tanks, because they might not be legal and there may be fines associated with having one. Do your homework and make sure any land you buy can legally accommodate some form of waste management.

It might be tempting to ignore any laws and build a septic system yourself, but doing this could get you in trouble and incur fines that you most likely really don’t want to pay.

If you don’t want to install a septic system, there is a cheap book that describes how to deal with human waste effectively, though many may not want to manage their own poop.

It almost goes without saying that one would need to have plenty of extra supplies of food and water on hand, in case you get snowed in or cut off from civilization for some time.

If you have animals, you will probably want to provide some structure for them for protection against rain, snow, or heat.

If you don’t want to live alone, there are off-grid communities where you could find some sense of social connection. In other words, not all off-gridders want to be completely by themselves. Three Rivers and Breitenbush in Oregon are examples to consider, as well as Dancing Rabbit in Missouri.