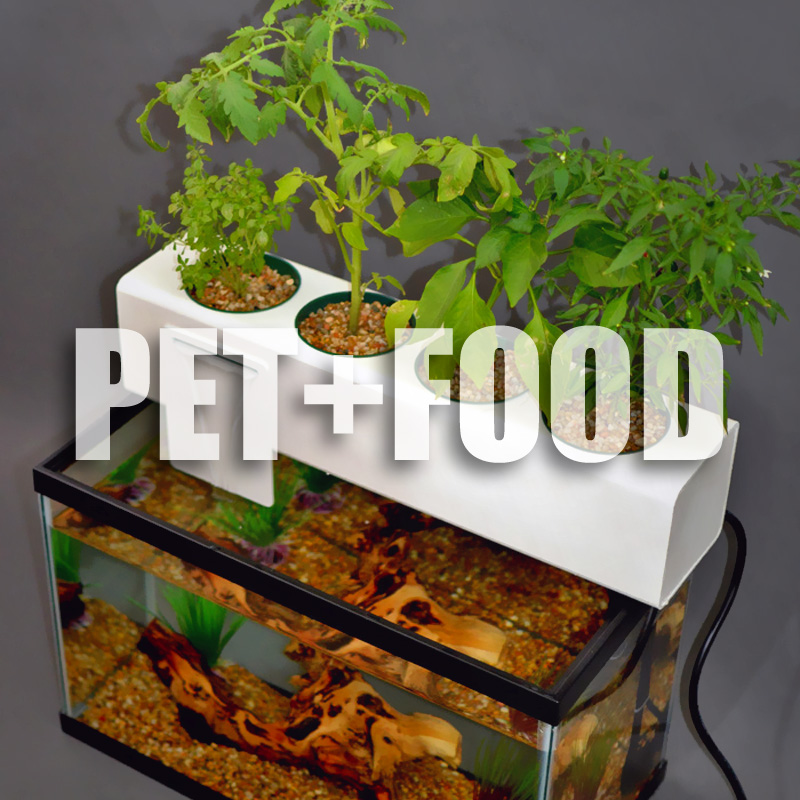 Urban farming, living off the grid, surviving a zombie apocalypse, spaceflight, and Formula 1 racing. Those seemingly unrelated activities do, in fact, have something in common: the people who are successful at them understand that 1 object can serve many purposes. Sometimes it’s a wood-chopping axe that you use to bust open zombie skulls, other times it’s a rear-view mirror that’s shaped like an inverted wing to eke out that extra thousandth of a second on a race car. This time, though, I’m talking about a 10 gallon fish tank that’s been re-imagined as a hydroponic indoor garden for urban/apartment farming.

Going with my theme, this 10 gallon fish tank is more than a 10-gallon fish tank – it’s an ecosystem. More to the point, it’s an ecosystem that is largely under-utilized … that’s where the Blue Green Box comes in. The Blue Green Box is a fully-contained hydroponic/aquaponic system that mounts to the top of a standard 10-gallon aquarium. The ‘Box holds 4 hydroponic “grow beds” (the cups) which are plastic planters filled with gravel. Water floods the four grow-beds on timed intervals via a programmable timer and small pump (if the roots were constantly flooded they would drown). As that happens, the plants extract the nutrients from the fish waste and the cups get flooded so the roots will not dry out. In action, it looks like this.

Ignoring the fact that the ‘Box itself is white, the name makes sense in a “water is blue”, “plants is green” sort of way. Here’s the original video from the ‘Box’s Kickstarter page, which goes into a bit more detail …

… which really makes you want to kick yourself in a “Why didn’t I think of that!?” sort of way for not seeing the hydroponic potential of your own fish tank, doesn’t it?

In any event, the Blue Green Box’ makers – which include industrial design professionals with decades of production experience – have just about one week left to meet their funding goals, and state that the funds are needed to ramp up production. If they meet their goals, they’ll be manufacturing parts-in house on a CNC machine, then assembling the components by hand in the USA. The first shipments of ‘Boxes should be reaady to ship by late August.

Sponsored | Photos By: the Blue Green Box, via Kickstarter.