You are here: Home / Food / Food Industry / Is RoundUp Killing the Soil? 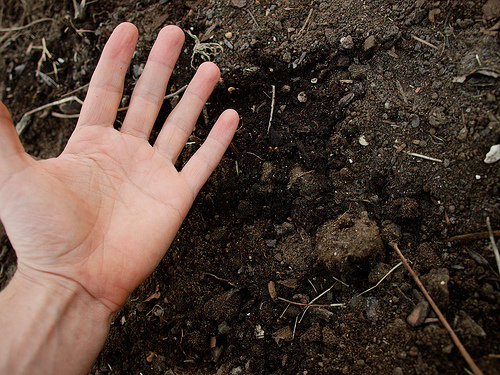 There is still a great debate on whether or not Monsanto’s genetically modified crops and heavily used pesticides are safe. But has it already been proven that the company is severely damaging our soils?

Monsanto is an $11.8 billion/year industrial agriculture behemoth. Aside from numerous environmental and health concerns regarding its pesticides, genetically modified seeds and so on, there is also great concern from farmers in India to educated citizens in the US that it is trying to develop a worldwide monopoly on the growing of food (something it has basically stated itself).

Its monopolistic goals and efforts regarding one of the basic necessities of life is a story that could fill a book, but one piece of it is Monsanto’s heavily used pesticide Roundup and the genetically modified “RoundupUpReady” seeds it has created to go with this pesticide.

One thing that apparently was not thoroughly considered is what effect tons and tons of this pesticide (and perhaps the crops) would have on non-RoundUpReady soil. USDA scientist Dr. Robert Kremer has spent 15 years studying Monsanto’s RoundUp herbicide and says, “This could be something quite big. We might be setting up a huge problem.” 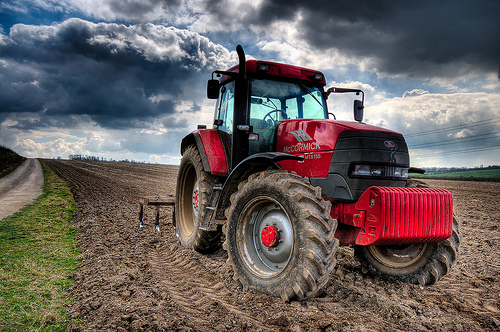 One of the major problems with identifying if genetically modified crops are safe and healthy is that Monsanto and related corporations do not allow independent testing of their products and not even the US government tests them before they approve them.

“We don’t have a robust enough regulatory system to be able to give us a definitive answer about whether these crops are safe or not. We simply aren’t doing the kinds of tests we need to do to have confidence in the safety of these crops,” said Doug Gurian-Sherman, a scientist who served on an FDA biotech advisory subcommittee from 2002 to 2005.

Even supporters of these crops acknowledge that there is a serious lack of scientific inquiry into these matters.

The developers of these crop technologies, including Monsanto and its chief rival DuPont, tightly curtail independent scientists from conducting their own studies. Because the companies patent their genetic alterations, outsiders are barred from testing the biotech seeds without company approvals.

Unlike several other countries, including France, Japan and Germany, the United States has never passed a law for regulating genetically modified crop technologies. Rather, the government has tried to incorporate regulation into laws already in existence before biotech crops were developed.

The result is a system that treats a genetically modified fish as a drug subject to Federal Drug Administration oversight, and a herbicide-tolerant corn seed as a potential “pest” that needs to be regulated by USDA’s Animal Plant Health Inspection Service (APHIS) before its sale to farmers.

The process is also costly and time-consuming for biotech crop developers, which might need to go through three different regulators before commercializing a new product.

Nina Fedoroff, a special adviser on science and technology to the U.S. State Department, which promotes GMO adoption overseas, said even though she is confident that biotech crops are ultimately safe and highly beneficial for agriculture and food production, an improved regulatory framework could help boost confidence in the products.

“We preach to the world about science-based regulations but really our regulations on crop biotechnology are not yet science-based,” said Fedoroff in an interview. “They are way, way out of date. In many countries scientists are much better represented at the government ranks than they are here.”

Agriculture Secretary Tom Vilsack, a former governor of top U.S. corn producing state Iowa, also said he recognizes change is needed. The USDA is in fact developing new rules for regulating genetically modified crops but the process has dragged out now for more than six years amid heavy lobbying from corporate interests and consumer and environmental groups.

For further discussion of lawsuits brought up on this matter, read Reuter’s full piece on this matter: “Special Report: Are regulators dropping the ball on biocrops?“.

One major opponent to GM crops in India is Tiruvadi Jagadisan, a former managing director of Monsanto’s India operations who worked with the company for 15 years. He says that there are “very many legitimate concerns about the safety of GM food crops for humans, animals and the environment” and, regarding a GM eggplant that India recently decided to keep out of its country, he said that Monsanto did not give “accurate information to the public”.

Again, a book or two could be written on this topic, but let’s get back to the issue of soil for now. 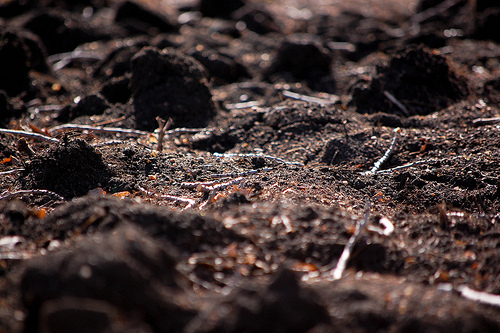 Testing the Soil after RoundUp Showers

USDA scientist Dr. Kremer has found, in years of studying this, that although RoundUp Ready plants appear alright on the surface, they typically have ravaged root systems.

“This is supposed to be a wonderful tool for the farmer … but in many situations it may actually be a detriment,” Kremer said. “We have glyphosate [RoundUp] released into the soil which appears to be affecting root growth and root-associated microbes. We need to understand what is the long-term trend here,” he said. 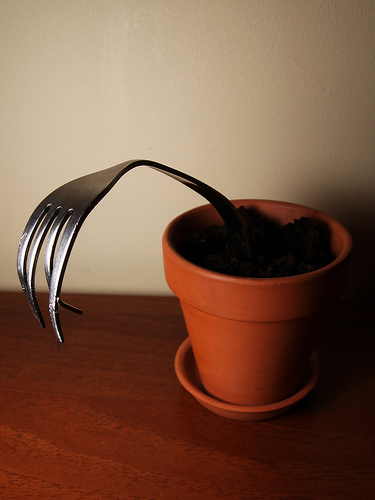 With approximately twice as much RoundUp being used on US farms in 2008 compared to 2005, this could become a serious problem fast.

Unfortunately, it has been a big struggle to bring more scientific analysis into oversight of these products. “Science is not being considered in policy setting and deregulation,” said Kremer. “This research is important. We need to be vigilant.” Hopefully, things will change soon. The US Supreme Court will hear its first case ever on biotech crop concerns on April 27, 2010.

via Grist and Reuters