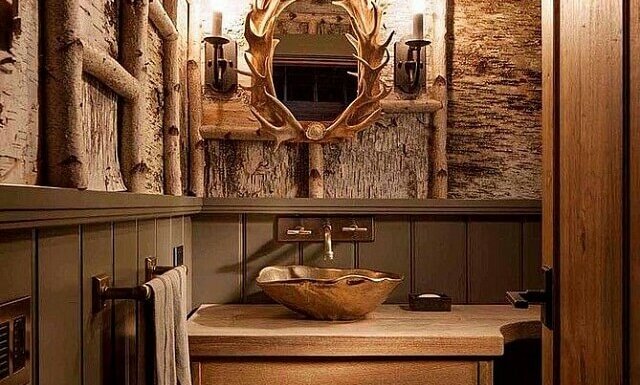 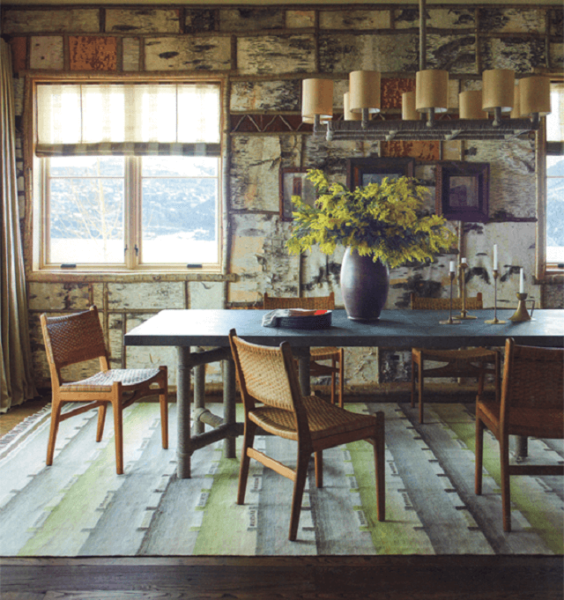 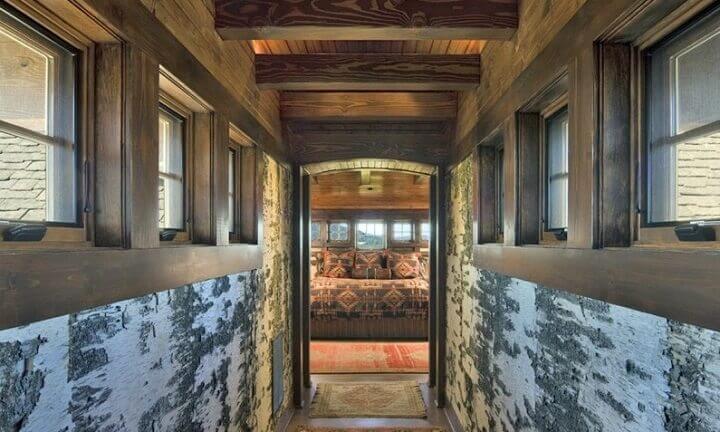 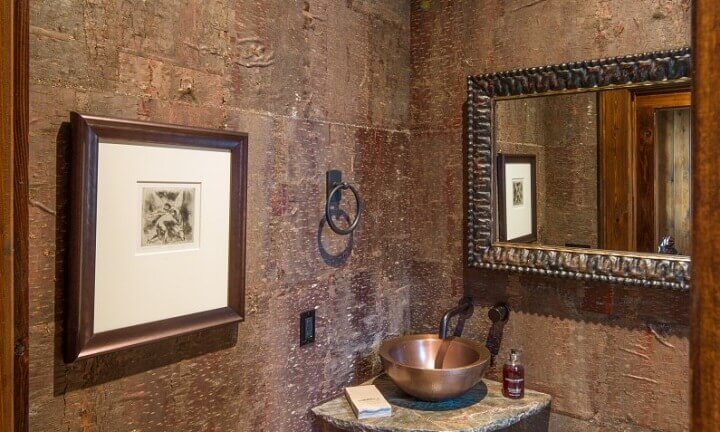 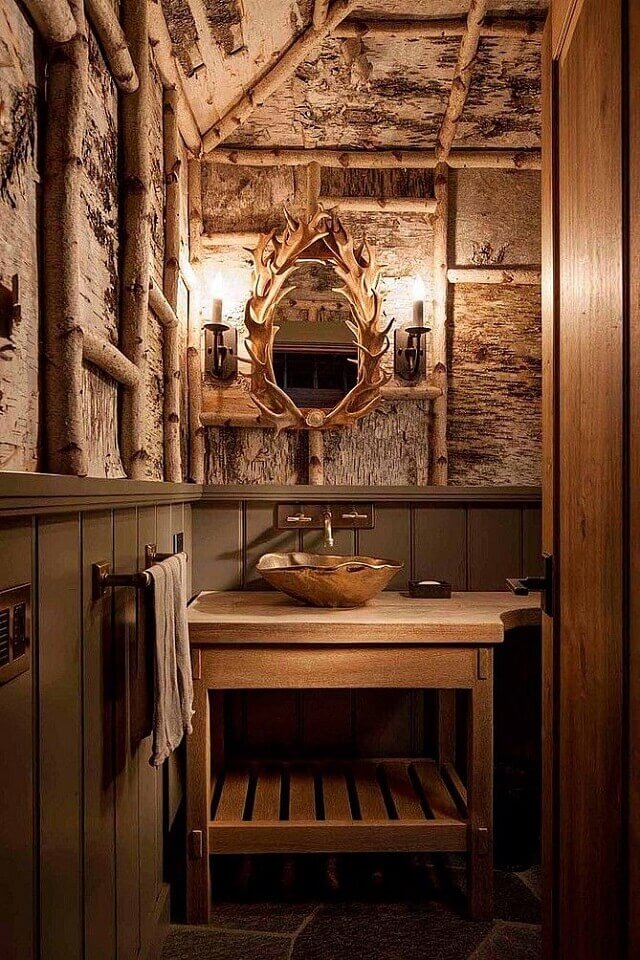 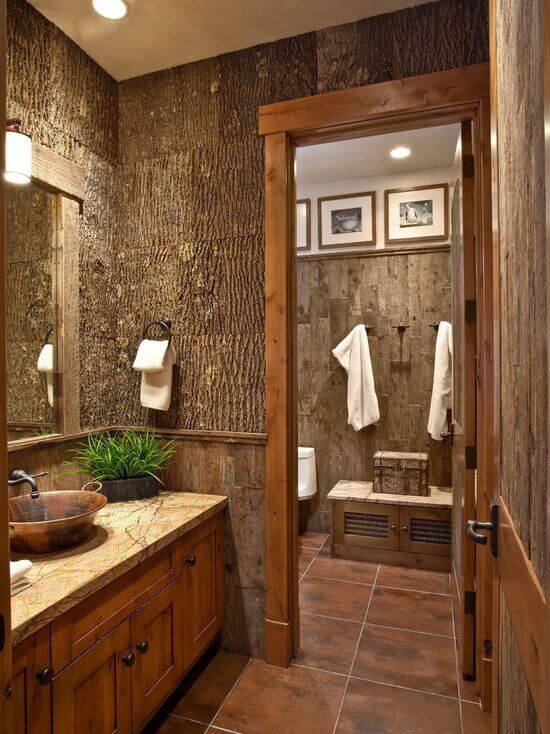 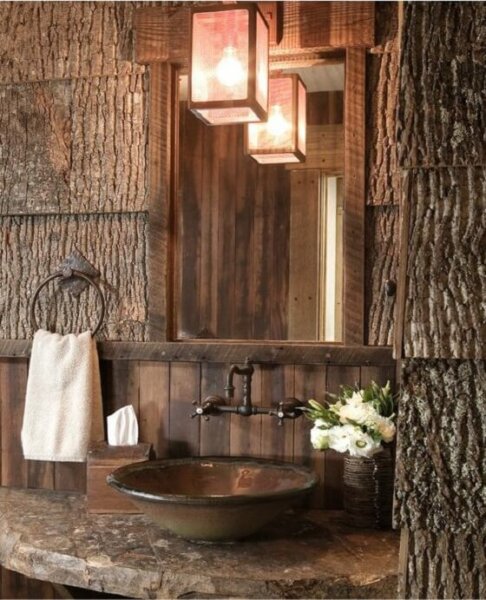 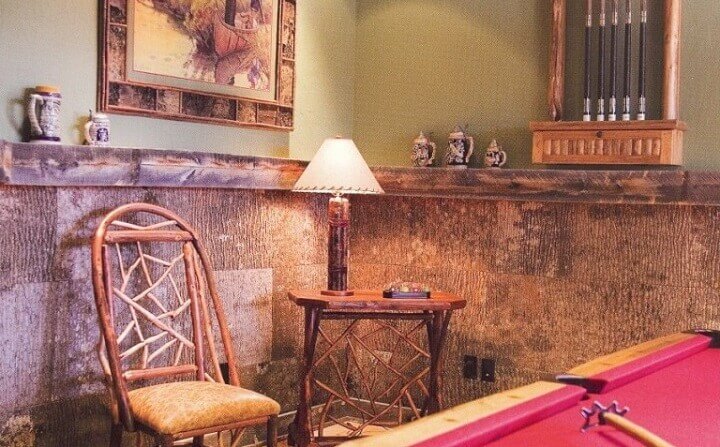 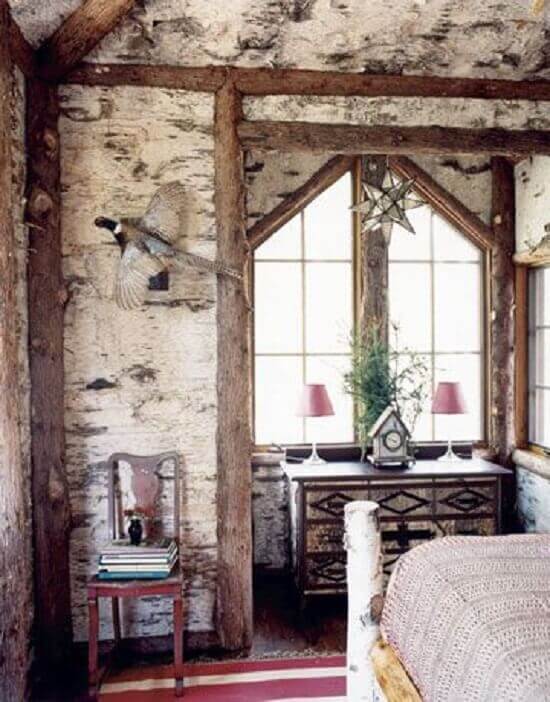 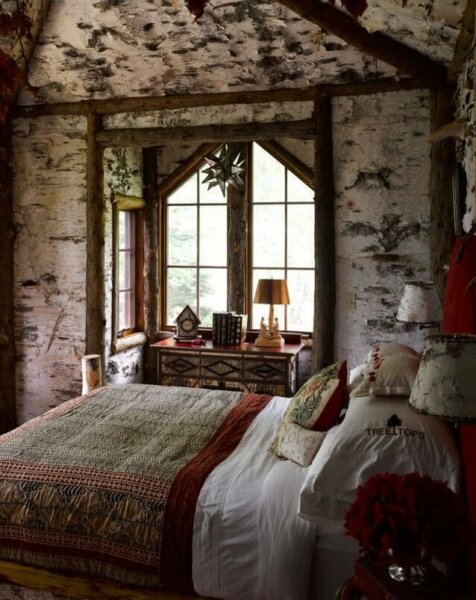 Birch room by Mimi McMakin. Raymond Boier made the chest of drawers.
kembleinteriors.com
Image via: harpersbazaar.com 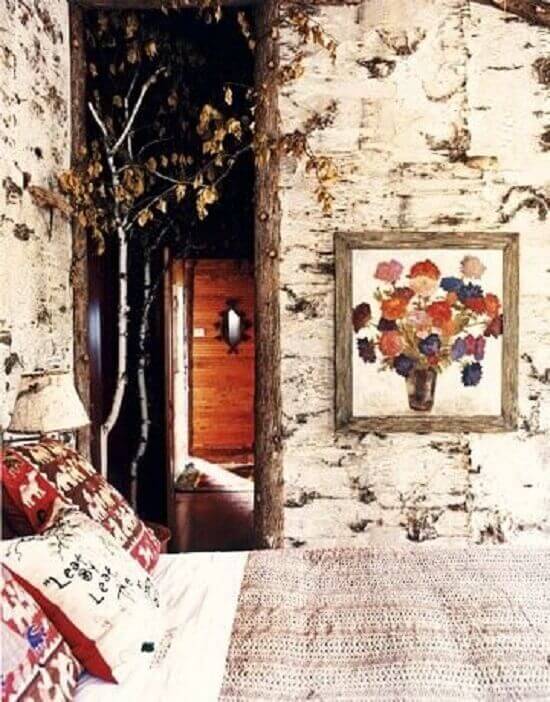 Birch-Bark Bedroom; Mimi McMakin got the idea for a birch-bark room from a reassembled wall from an old camp at the Adirondack Museum. Animal pillows by Elizabeth Stewart were made from vintage fabric. McMakin, who loves bringing whole trees into the house, tacked a slender birch to the wall in the adjacent hallway. housebeautiful.com 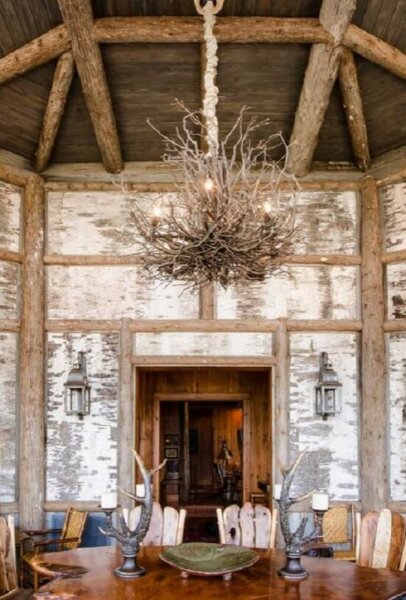 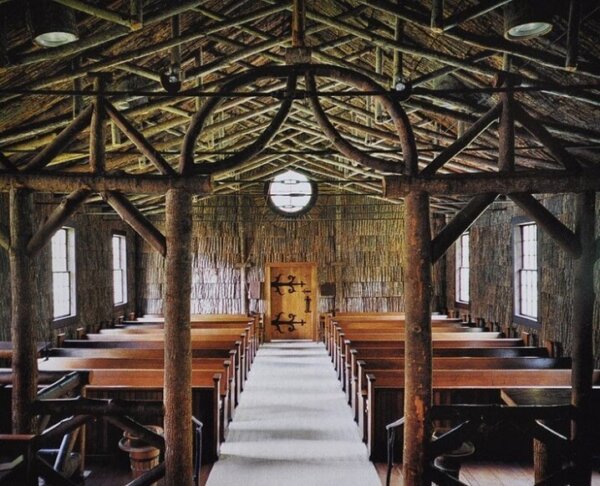 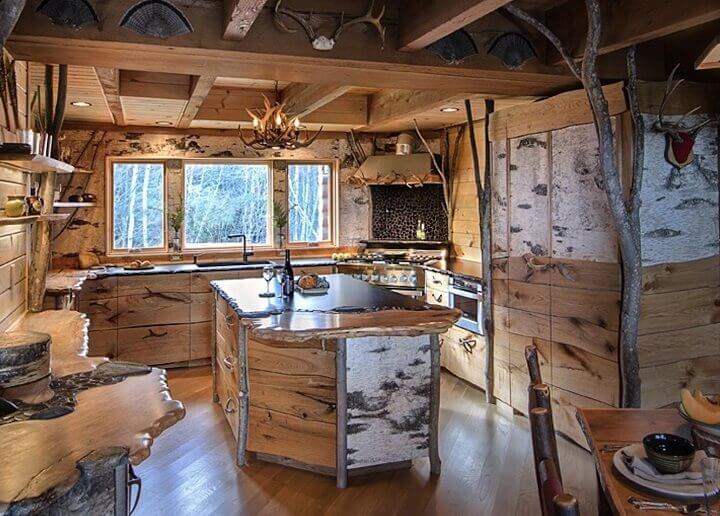 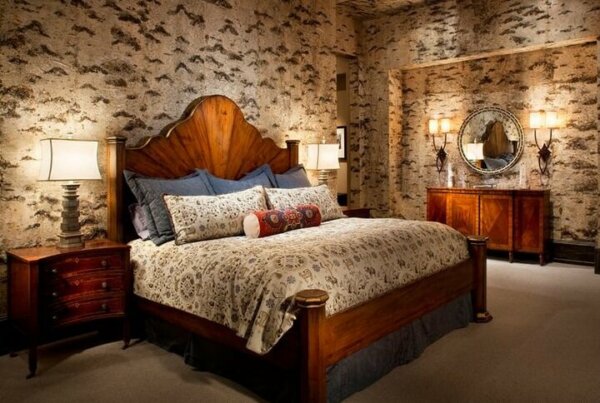 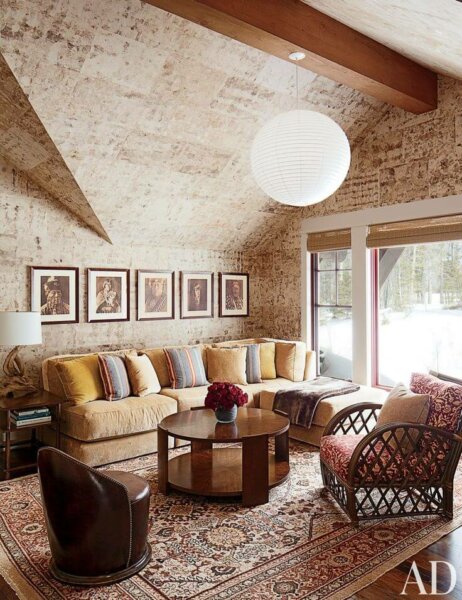 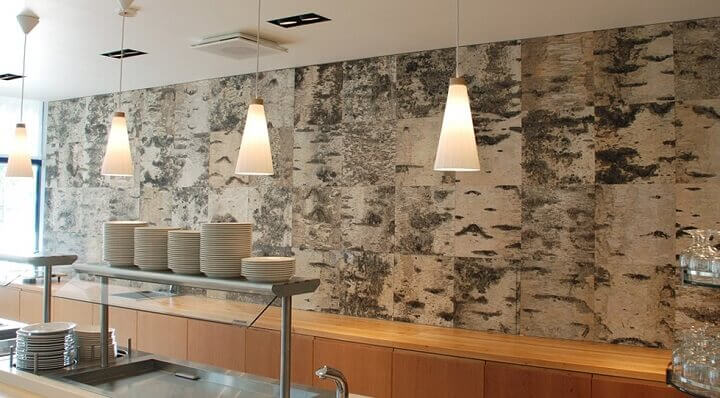