“Exposure to food and food components, including AFC (artificial food colors) and preservatives, may be associated with behavioral changes…” so says the U.S. Food and Drug Association.(3) Yet recent petitions filed by the Center for Science in the Public Interest to ban 8 of the 9 currently approved synthetic food dyes have all been rejected by the FDA.

Regulations On Food Dye In Europe

In Europe things are different. In 2010 the EU began requiring products containing artificial food colors to carry warning labels stating that “consumption may have an adverse effect on activity and attention in children.”(1) And a committee of the European Parliament has voted to ban all synthetic dyes from foods consumed by babies and small children.(1a) In England, the government asked food companies to voluntarily remove artificial dyes by the end of 2009. All companies complied.

Synthetic food colors have been suspected of triggering behavioral problems in children since the 1970s, and a growing list of new studies show that synthetic dyes can cause hyperactivity in sensitive and non-sensitive children.(2) A 2007 study commissioned by the British Food Standards Agency that linked a mix of food dyes, with increased levels of hyperactivity, attention deficit hyperactivity disorder and lower IQs in typical/ordinary children, is what triggeered the EU to take action. In the U.S., the FDA is not as quick to act. But in a recent report, the FDA admitted: “Exposure to food and food components, including AFC (artificial food colors) and preservatives, may be associated with behavioral changes, not necessarily related to hyperactivity, in certain susceptible children with ADHD and other problem behaviors, and possibly in susceptible children from the general population.”(3)

Why Is Food Dye Potentially Harmful?

Basically synthetic food coloring is a mixture of lab chemicals combined with petro-chemicals. Four dyes – Red 3, Red 40, Yellow 5, and Yellow 6 – contain cancer-causing substances. And many of the other approved nine have been linked to allergic reactions.

Since synthetic food colorings are used almost exclusively in foods of low nutritional value (candy, soda, gelatin desserts, cake icing) that also have ‘fun’ status, why not notch down the fun factor a bit or use natural dyes? This is only about the color, not the taste! The health of our children could only benefit. We only use synthetic dyes because they are slightly less expensive and more consistent than natural dyes. Currently the food industry adds over 15 million pounds of  synthetic dyes into processed food each year.(6) Let the next generation grow accustomed to earth-colored birthday cakes, beet-colored candy, blueberry crackers and clear soda. Our generation needs to let go of its oh so bright colored candy. Write to the FDA and see if you can’t get them to eliminate artificial coloring from our diets…see below…

Note the Citrus Red 2 below!!! Important for orange eaters.

Problem is processing sugars with ammonia results in the formation of numerous chemical byproducts. Two of those byproducts: 2-methylimidazole (2-MI) and 4-methylimidazole (4-MI) are dangerous and known animal carcinogens. Government studies have shown 2-MI and 4-MI cause lung, liver, thyroid cancer or leukemia in laboratory mice and rats. Recently researchers at the University of California, Davis, found significant levels of 4-MI in five brands of cola (200 micrograms of 4-MI per 20-ounce bottle), those levels far exceeded what the state considers to be safe (16 micrograms per person per day.) California has recently added 4 MI to it’s list of “chemicals known to the state to cause cancer.” Under California’s Proposition 65, foods or other products containing more than certain levels of cancer-causing chemicals must carry warning labels. Soon soft drinks in California will be required to carry a cancer warning label unless they change their formulation.(4,5)

Capacity for inducing an allergic reaction in individuals with pre-existing moderate asthma. One animal test suggested a small cancer risk, kidney tumors in mice and a test-tube study indicated the dye might affect nerve cell development. It also causes occasional allergic reactions. It is one of the colorants that the Hyperactive Children’s Support Group and the Feingold Association recommends to be eliminated from the diet of children. US production exceeds 1 million pounds annually.

Animal studies found some evidence that Blue 2 causes brain cancer in male rats. In some it causes nausea, rashes and allergies. Banned in the EU.

Artificial Coloring: Permitted by the FDA since 1956 only for use in the United States to color the skin of whole oranges! Had no idea they were dying our oranges with a known carcinogen!

Red Dye No. 2 is used early in the Florida citrus season when the fall nights are not cold enough to develop the perfect orange color (without cold evenings they are yellow or green). If you see bright orange Florida oranges in the fall, it’s probably been dyed. Buy the California or Arizona oranges instead, as Citrus Red 2 is banned there. Has been found to be toxic to rodents at modest levels and caused tumors of the urinary bladder and possibly other organs.

The amounts that one might consume are small, so the risk is small. But use caution. Do not use Florida orange peels/rind in the fall, do not make marmalade from Florida oranges, do not have orange rind in mixed drinks. Banned in the EU.

Our least used FDA dye. Found to have tumorigenic effects in experimental animals, as well as mutagenic effects in both experimental animals and humans. A 1981 industry-sponsored study gave hints of bladder and testes tumors in male rats, but FDA re-analyzed the data using other statistical tests and concluded that the dye was safe. Fortunately, this possibly carcinogenic dye is not widely used. Banned in the EU.

Approved for use only in sausage and frankfurters casings, high doses of this dye are harmful to the liver and bile duct. However, that is not worrisome because Orange B has not been used for many years. Not used in EU.

High doses have been found to cause cancer in rats. The evidence that this dye caused thyroid tumors in rats is “convincing,” according to a 1983 review committee report requested by FDA. Years ago the FDA’s recommendation that RED 3 be banned was overruled by pressure from elsewhere in the Reagan Administration. Red 3 used to color maraschino cherries, but it has been replaced there by the less controversial Red 40 dye. Banned in EU.

The most widely used food dye. While this is one of the most-tested food dyes, the key mouse tests were flawed and inconclusive. An FDA review committee acknowledged problems, but said evidence of harm was not “consistent” or “substantial.” Red 40 can cause allergy-like reactions. Like other dyes, Red 40 is used mainly in junk foods. Linked to hyperactivity. Banned in Denmark, Belgium, France, Switzerland, and Sweden being phased out in the entire EU. Made of petroleum and 2-naphthalenesulfonic acid, 6-hydroxy-5-((2-methoxy-5-methyl-4-sulfophenyl)azo)-, disodium salt, and disodium 6-hydroxy-5-((2-methoxy-5-methyl-4-sulfophenyl)azo)-2-naphthalenesulfonate.

Yellow 5 or Tartrazine or E102: Avoid

The second-most-widely used coloring causes allergy-like hypersensitivity reactions, primarily in aspirin-sensitive persons, and triggers hyperactivity in some children. Hyperactive children may exhibit an increase in irritability, restlessness, and sleep disturbance after ingesting tartrazine. It may be contaminated with such cancer-causing substances as benzidine and 4-aminobiphenyl (or chemicals that the body converts to those substances). Tartrazine affects adversely and alters biochemical markers in vital organs e.g. liver and kidney not only at higher doses but also at low doses. Being phased out in the EU. Read more about Yellow 5 here: www.feingold.org

Yellow 6 may cause occasional, but sometimes-severe hypersensitivity reactions. Industry-sponsored animal tests indicated that this dye, the third most widely used, causes tumors of the adrenal gland and kidney. In addition, small amounts of several carcinogens, such as 4-aminobiphenyl and benzidine are a result of production. Yellow 6 can also increase the intake of aluminium. However, the FDA reviewed this data and found reasons to conclude that Yellow 6 does not pose a significant cancer risk to humans. Sunset Yellow is banned in Norway and Finland and is being phased out in the EU.

Artificial And Natural Flavoring: Some Should Avoid

Hundreds of chemicals are used to mimic natural flavors; many may be used in a single flavoring, such as for cherry soda pop. Most flavoring chemicals also occur in nature and are probably safe, but they are used almost exclusively in junk foods. Their use indicates that the real thing (often fruit) has been left out. Companies keep the identity of artificial (and natural) flavorings a deep secret. Flavorings may include substances to which some people are sensitive, such as MSG or HVP.

A Warning For Vegetarians 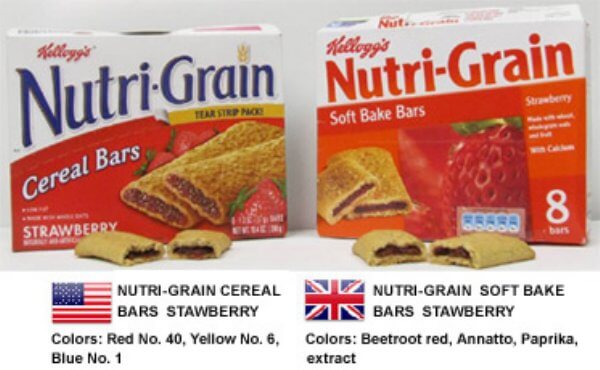 Food Dyes In The United States vs England

Sixth grader’s science experiment called “Fuzzy Brained Mice”, Taylor fed a very small amount of yellow food coloring #5 to half his control mice after he had taught them to walk a maze. www.feingold.org 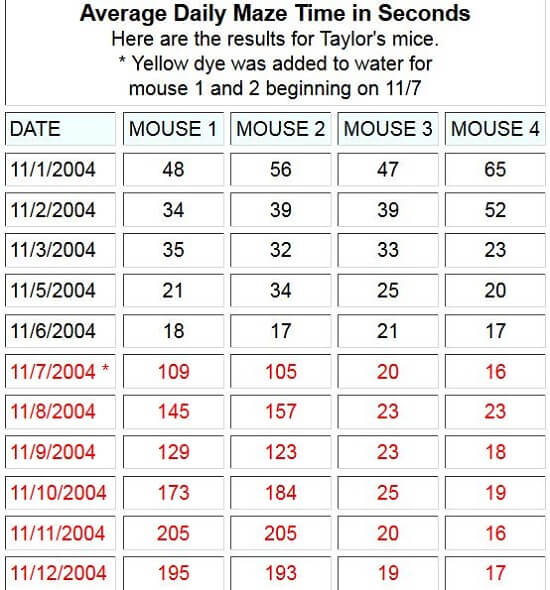 Dose: 1/4 tsp of liquid Yellow Dye #5 in the two mice’s 6 oz bottle of water.
“Even though the two Yellow dye mice had previously known the maze route as well as the Pure Water Mice, they were confused and took dead-ends continuously. Additionally, one Yellow Dye Mouse became aggressive and attacked its cage mate.” feingold.org/taylorsmice 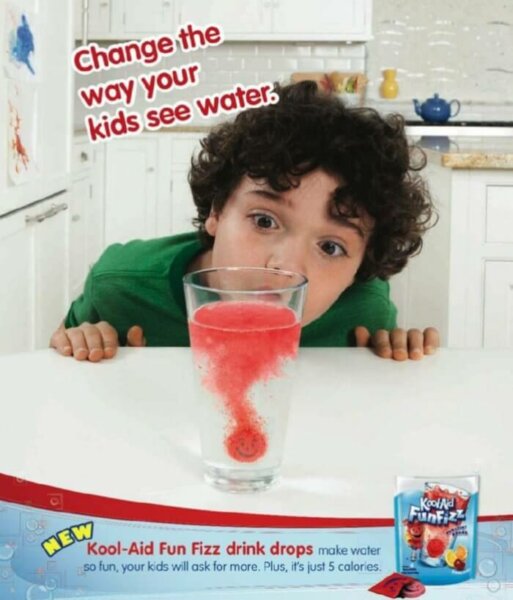 How To Make Homemade Food Colorings

Good for Easter eggs as well, boil your food in some vinegar to really bring out the color.
www.kblog.lunchboxbunch.com

Sign the Petition asking Kraft to rid its foods of chemical dyes!
www.thepetitionsite.com

After researching the safety of artificial food dyes I am concerned as to their affects on our younger population. The EU and Britian require warning labels on products containing artificial food dyes, yet we do not. I ask that you request food manufacturers to switch to safer natural colorings. The health of our nation could only benefit.

If you believe that food dyes affect your child’s behavior, please fill out a CSPI report form at: cspinet.org/fooddyes   https://articles.chicagotribune.com/2011-01-01/health/ct-met-food-dyes-20110101_1_food-dyes-food-colors-food-ingredientsThey’ll forward the reports to the FDA.

(1a) “FDA to investigate food dyes’ effect on youth” www.ift.org

(3) Evaluation of Studies on Artificial Food Colors and Behavior Disorders in Children. www.fda.gov.pdf

(5) Caramel Coloring in Soda: What You Should Know About This Innocent-Sounding Ingredient
www.huffingtonpost.com

The Center for Science in the Public Interest (CSPI) report “Food Dyes: A Rainbow of Risks“ www.cspinet.org.pdf

CBS News: ‘Food Dyes Linked to Allergies, ADHD and Cancer: Group Calls on US to Outlaw Their Use’ www.cbsnews.com

Center for Science in the Public Interest
www.cspinet.org 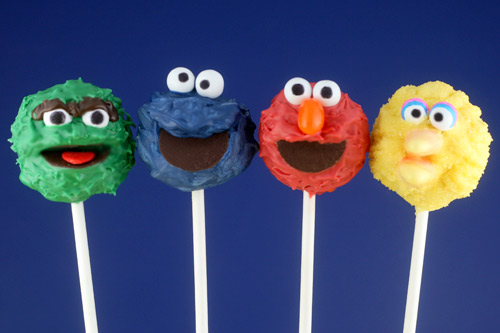