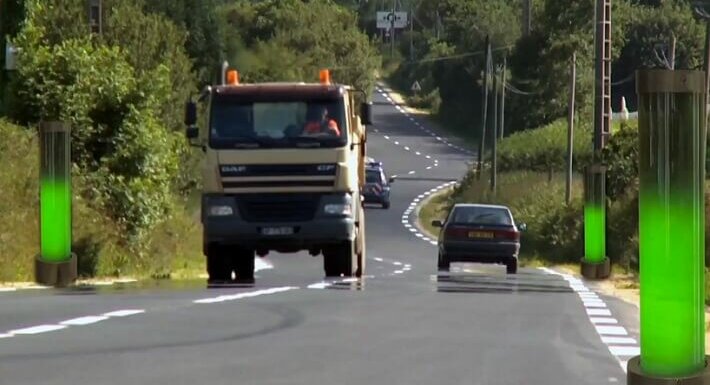 French biochemist Pierre Calleja has invented a streetlight that is powered by algae AND which absorbs CO2 from the air. Pierre reports that one lamp can take 1 ton of CO2 out of the atmosphere per year. This is as much CO2 as an average tree absorbs during its entire 150 year life. According to the EPA a typical US car that gets 21 mpg and is driven 12,000 miles per year, emits about 5 metric tons of carbon dioxide per year. So, each car owner will need to commission five of these streetlamps, or get a much more fuel efficient car, such as a hybrid or electric and cut your need for algae lamps in half. Prototypes are being tested and the designer notes that development is still needed to make a cost-effective product.

An ichthyologist (fish expert) by training, Pierre Calleja spent much of his career studying both larval breeding techniques and mixotropic algae. In 2007, he filed 2 patents linked to the farming of microalgae which led to the creation of his company Fermentalg in 2009. “The lamps are composed of a tube containing microalgae, as well as a battery… during the day, the batteries are charged via photosynthesis of the algae, using both solar power and CO2.” www.fermentalg.com

Pierre Calleja announced in December of 2012, that his company has also successfully tested a third generation microalgae biofuel, commonly-known as algae-sourced biofuel or algofuel, on a standard car engine without modification, in Libourne, southwestern France. www.fermentalg.com

How To Build Your Own Algae CO2 Scrubber

…which will scrub its own consumption and approximately 24 pounds of carbon dioxide from the atmosphere every year: www.instructables.com