You are here: Home / Gardening / Barley vs Brown Rice: The Ultimate Smackdown! 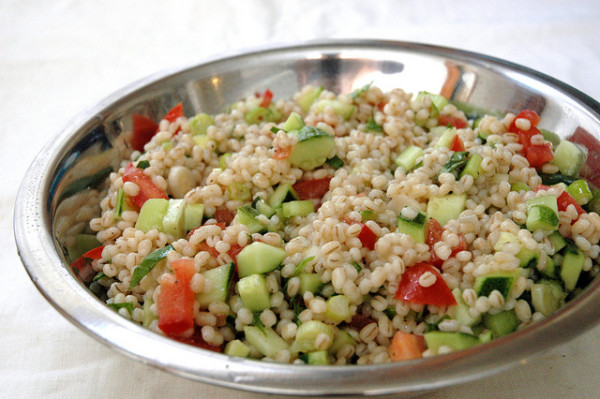 Ever wondered how barley stacks up nutritionally against brown rice? Here’s a side-by-side comparison plus some ideas for how to cook barley.

The other night, two moths flew out of our uncooked rice. New bag. Stored in airtight canister. Ugh! Unfortunately, this is a pattern. It seems every other bag of rice we buy hosts little moth families. So we tossed the rice (contributing to our 40% food waste), and I searched for a stand-in. A fresh bag of barley sitting in the pantry caught my eye.

My husband loves barley. I didn’t eat it much growing up, so I don’t think to cook with it often. But we whipped some up to accompany our chile rellenos. It tasted great — nutty, toothy — much better than our normal boring brown rice. So I started to wonder…

How Does Barley Compare To Brown Rice Nutritionally?

After a bit of research, I had my answer. The two are comparable in many ways; they’re similar in calories, fat, and carbohydrates. The barley is slightly higher in sodium: Four milligrams in the barley, zero in the rice. But the real differentiator is fiber. My Bob’s Red Mill Pearl Barley delivers eight grams of dietary fiber in a single serving compared to only one gram in Mahatma Whole Grain Brown Rice. The barley boasts almost a third of the daily fiber as recommended by the USDA! I know I don’t eat enough of the stuff, so that’s awesome! Here’s the skinny: 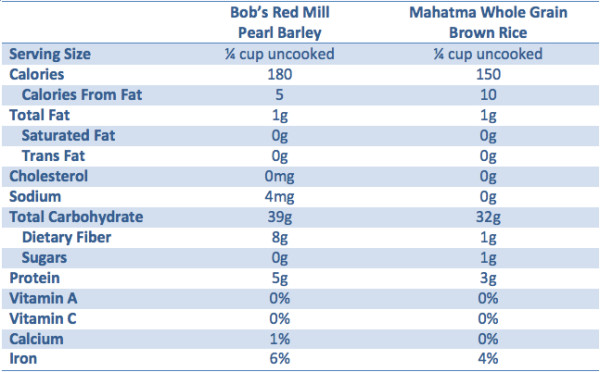 How To Cook Barley

You prepare barley much the same as you do brown rice, but the water to grain ratio is slightly higher. Brown rice takes 2 parts water to 1 part rice. To make barley, cook up 3 parts water to 1 part barley. It takes a little longer to cook, but not much. I think you’ll find it a powerful substitute for rice as a side dish.

I’ve decided happily that barley is my new rice — assuming the moths leave it alone!