You are here: Home / Homestead Living / Off Grid / Families Getting Fined for Growing Food Gardens 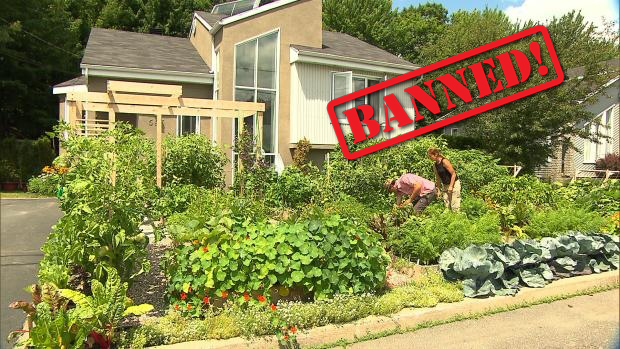 More and more people are turning to the “grow food, not lawns” movement for a variety of reasons. Some of us are urban farming revolutionaries, some of us are preppers, and some of us are just hobbyists who just want to show their kids what fresh tomatoes look like. As the movement grows, however, some of “the powers that be” are moving to stomp it right down, issuing heavy fines on homeowners who choose to grow vegetables in place of flat green turf.

Back in March, we covered one Florida couple who was fined precisely for growing a food garden – despite the garden being there for decades – along with another Florida woman who was being evicted for her use of off-grid energy.

With that in mind, the guys at Collective Evolution have put together a list of some of these “not as isolated as you may think” incidents …

… along with a few guidelines for which animals are illegal to keep and raise in a given area. As you read through it, keep in mind that it was just a few generations ago that the US Government was, in fact, urging its citizens to plant gardens on their home property to help support food production and the war effort.