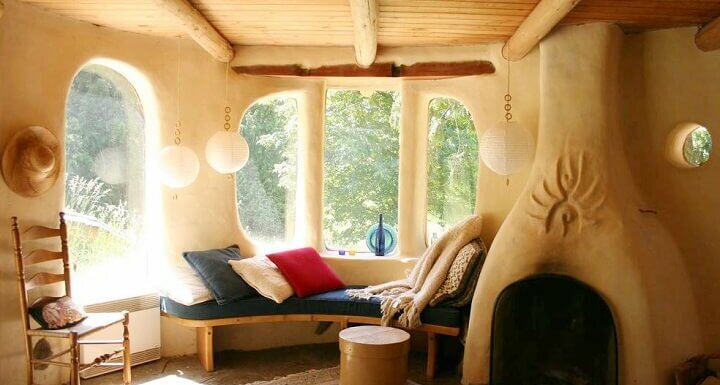 Earthy and warm, the inside of cob homes exude an incomparable charm. 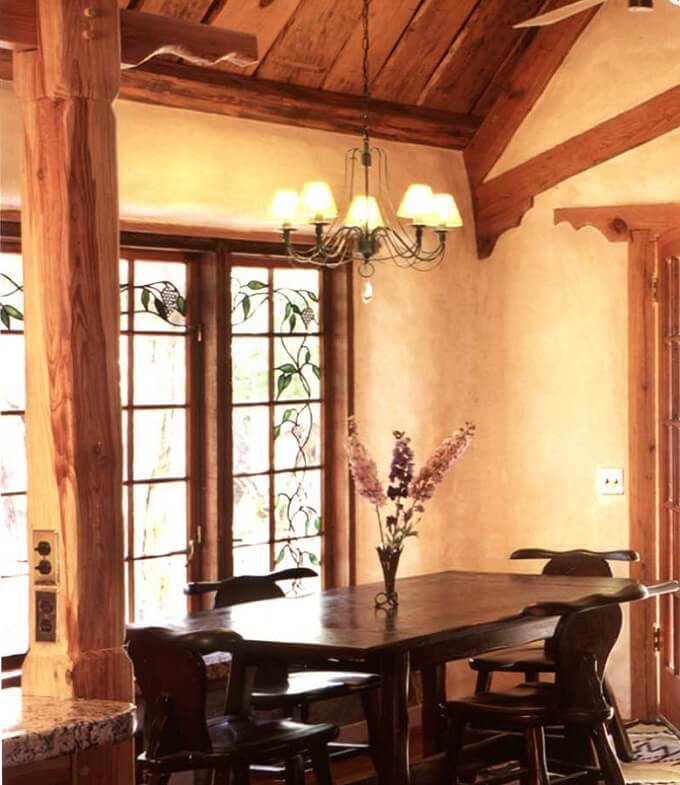 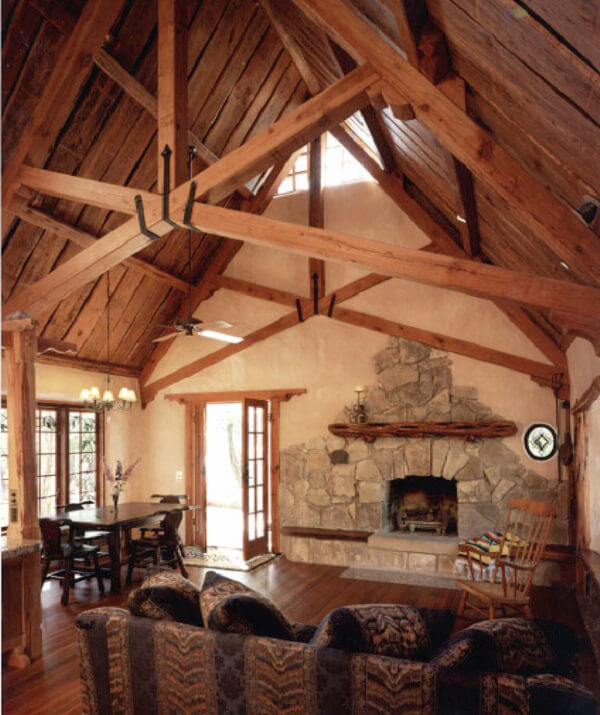 ‘All the windows in the cottage are either salvaged or handmade by Gary and his wife, Delores. Gary “engineered” the home’s ­scissor-truss system of loblolly pine by choosing boards that looked right and fit them together. He counted on the strength of the cob walls to allow him some breathing room.’ Read Gary’s thoughts on a ‘timeless house’ here: placepatterns.org 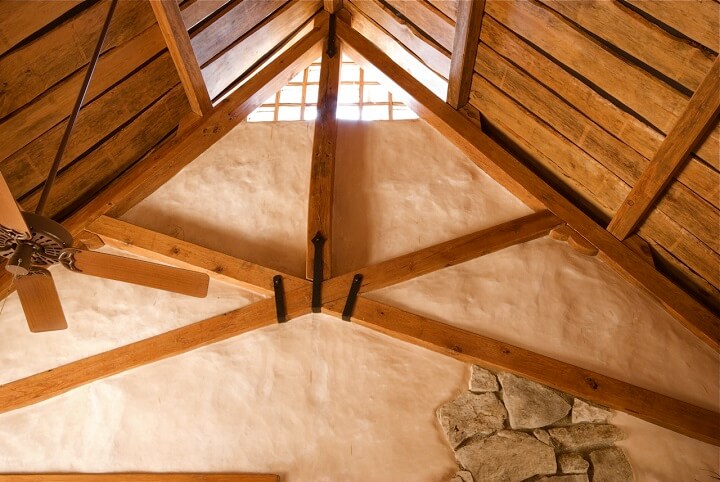 Actually Gary used some plywood forms to hold the cob in place during the build, so this home would be considered a loose slip straw. A must read by Gary Zuker. placepatterns.org 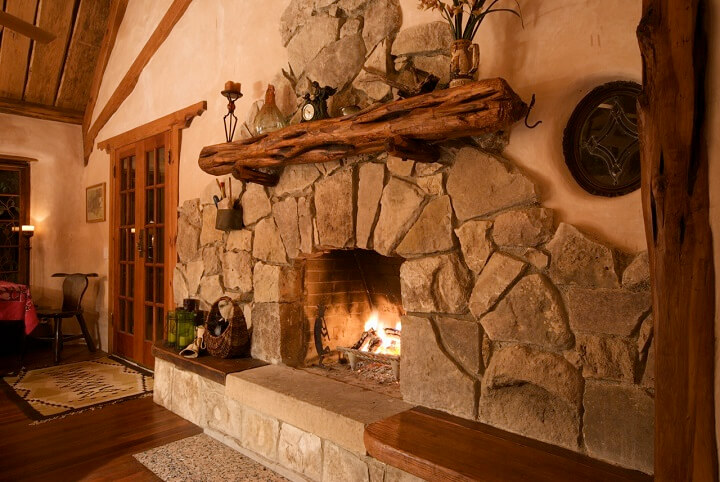 Gary points out that an arch in a stone fireplace is necessary to honor masonry’s history. A straight top on a stone fireplace defies gravity and it can be deduced that a modern steel lintel was used to hold up the stone. If you desire a timeless home this is a must read by Gary Zuker. placepatterns.org 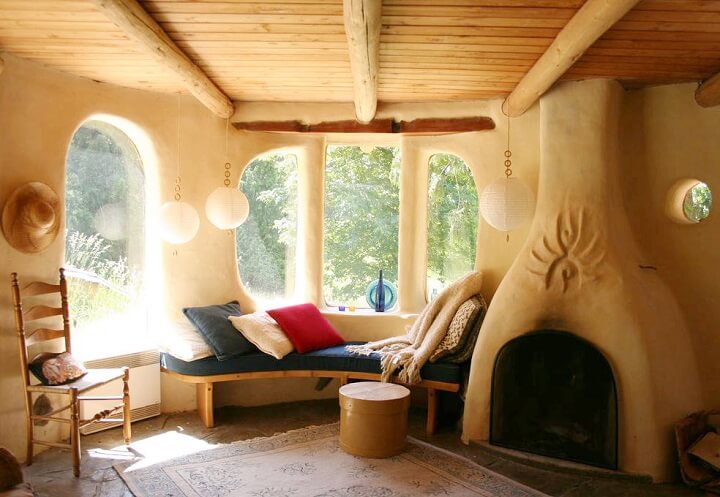 Cob home Mayne Island, BC. The major construction of this cob was completed in the summer of 1999. Pat Hennebery had the excavation and foundation ready for a 3 week workshop led by Ianto Evans and Elke Cole of CCC. The roof was on by fall and the following spring saw the interior finishing completed by Tracy, Elke and Patrick. Hilde’s project was the first cob fully permitted as a house in Canada. The roof is totally load bearing on the cob walls. The house is 600 sq.ft on 2 floors and is fully plumbed and wired. Finished cob and roof construction costs were approximately $56,000. cobworks.com 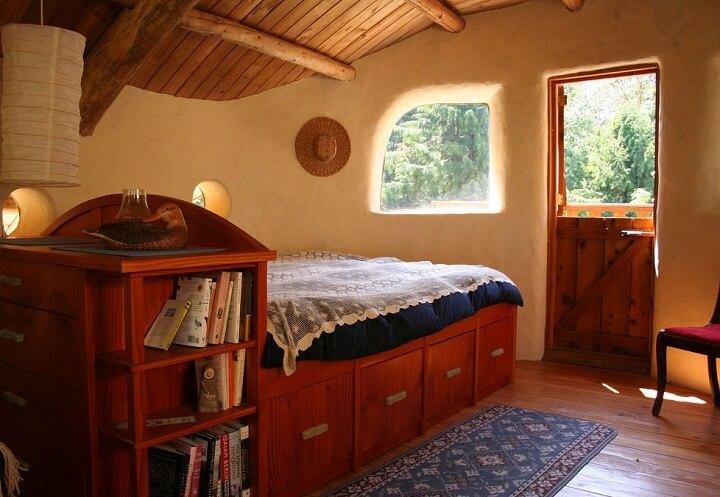 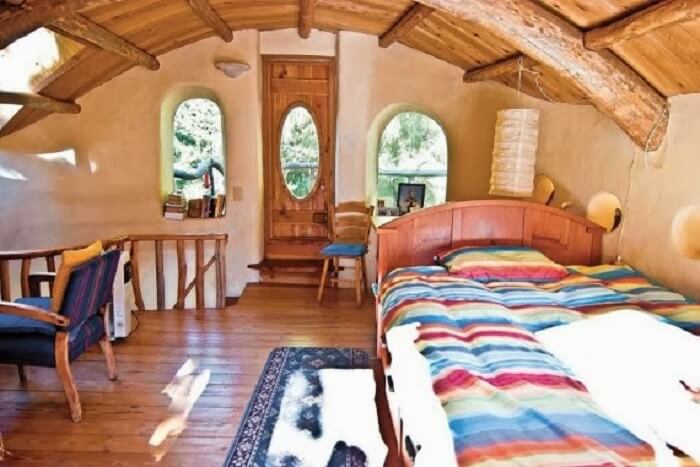 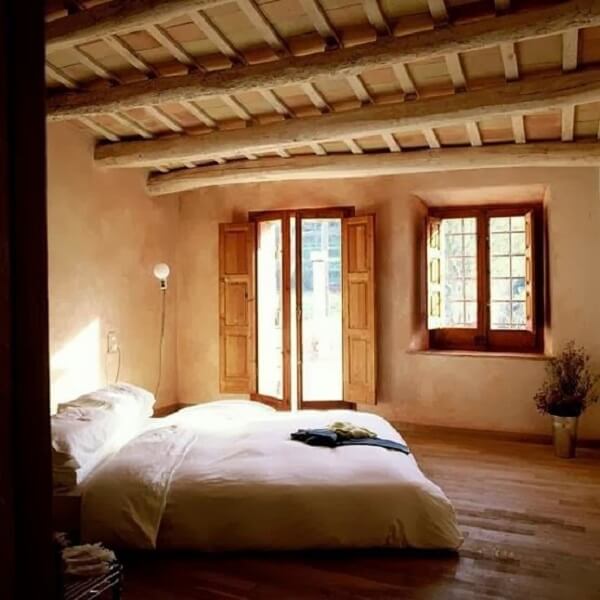 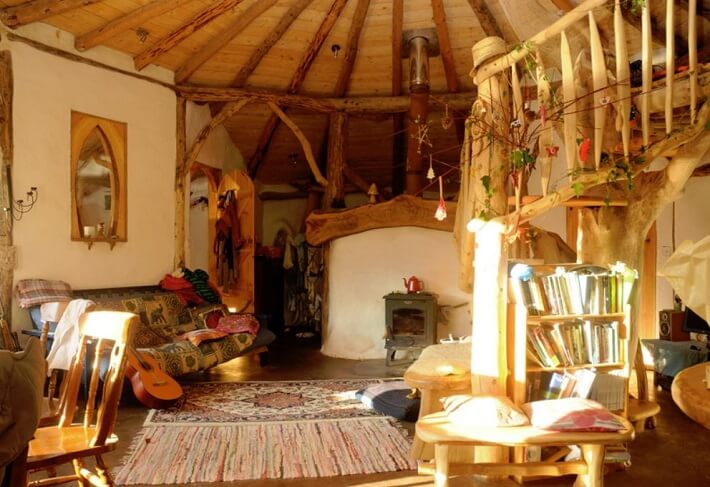 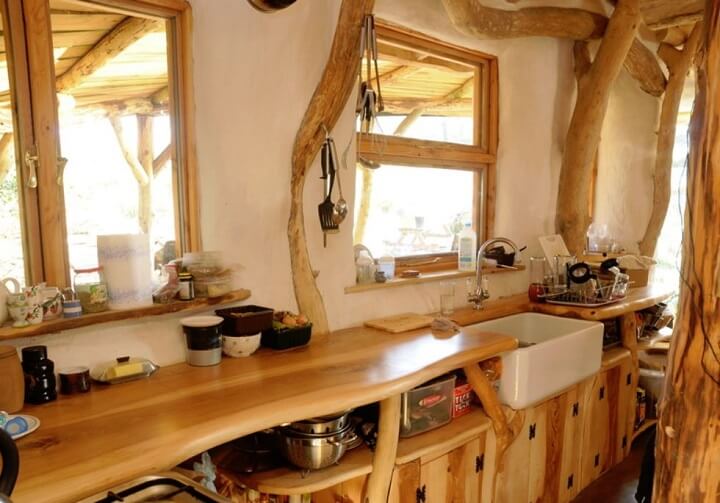 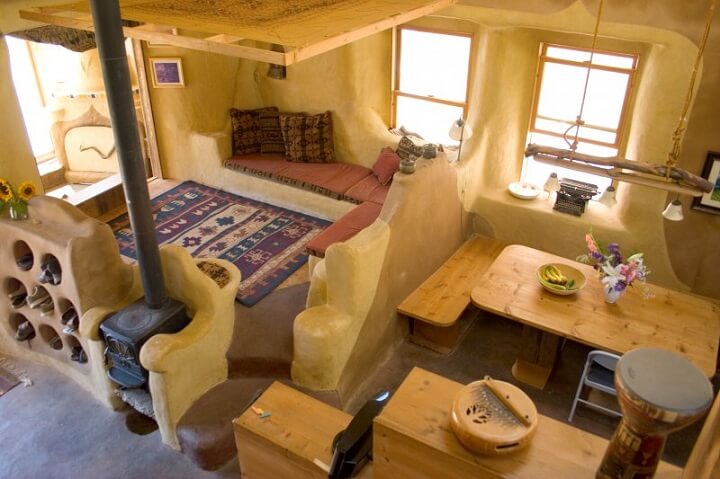 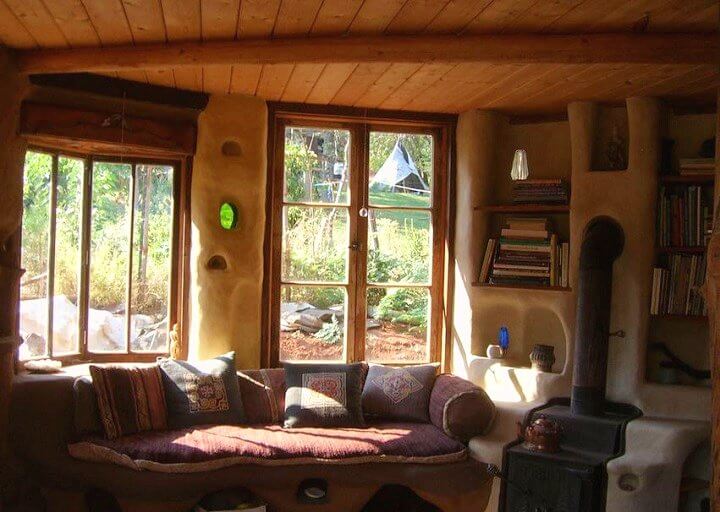 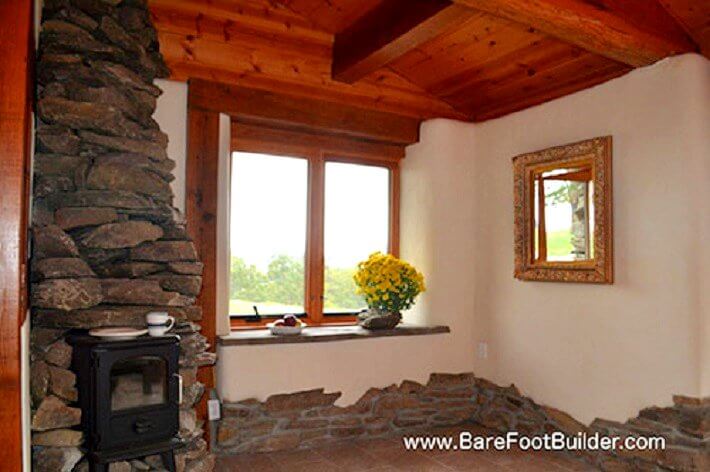 Cob walls on a stone foundation.
If you use stone as a foundation, why not show it off inside as well. barefootbuilder.com 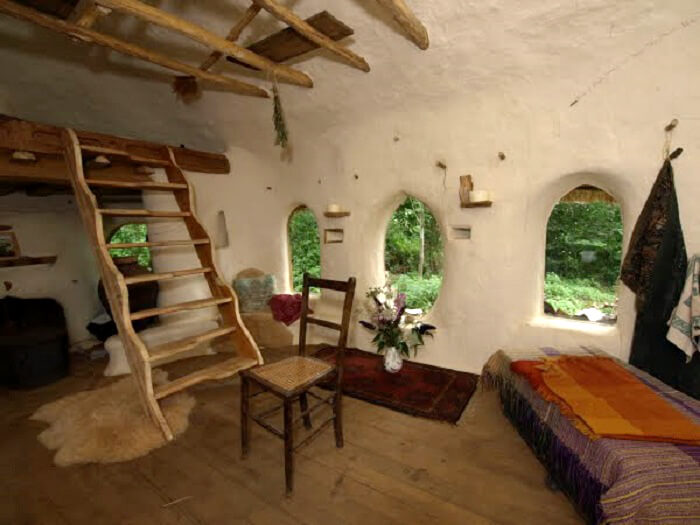 Inside of Michael Buck’s cob cottage in Oxfordshire, England. Built by Michael Buck for $250, using only mud and found materials (and no power tools).
mirror.co.uk 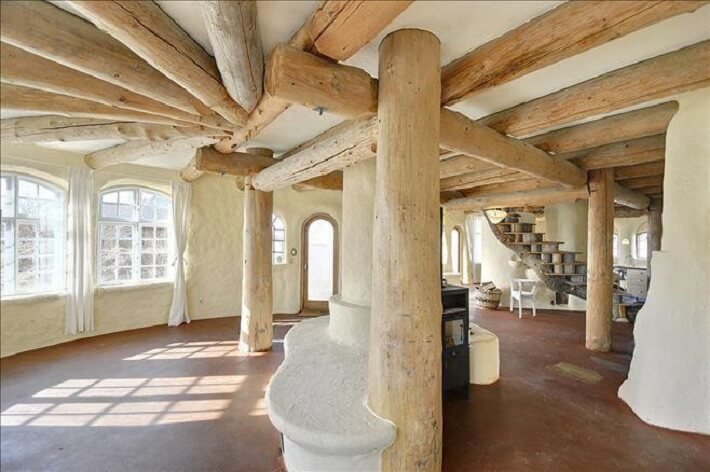 Casa Consuelo.
Cob and Stone home in Spain. Oven in corner. Looks like the thatch roof was plastered on the interior.
jordicanosa.com 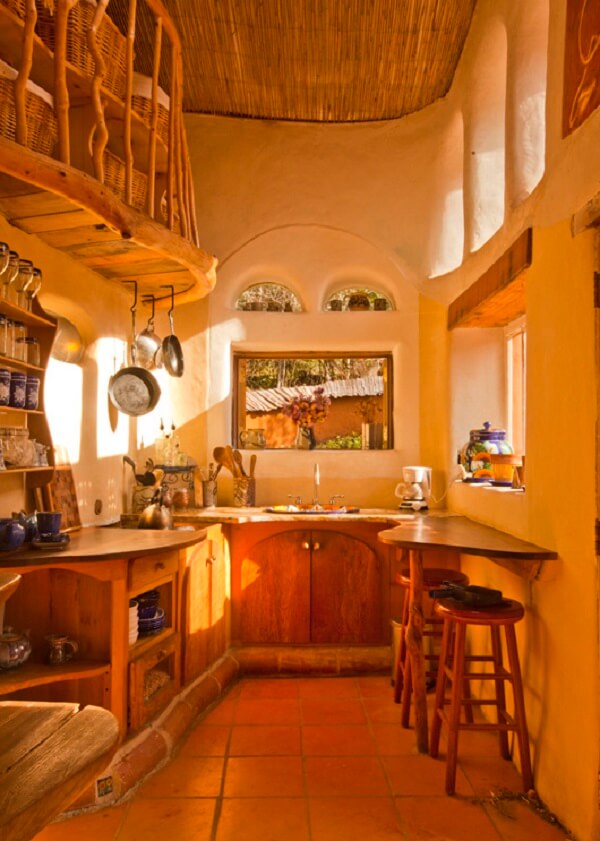 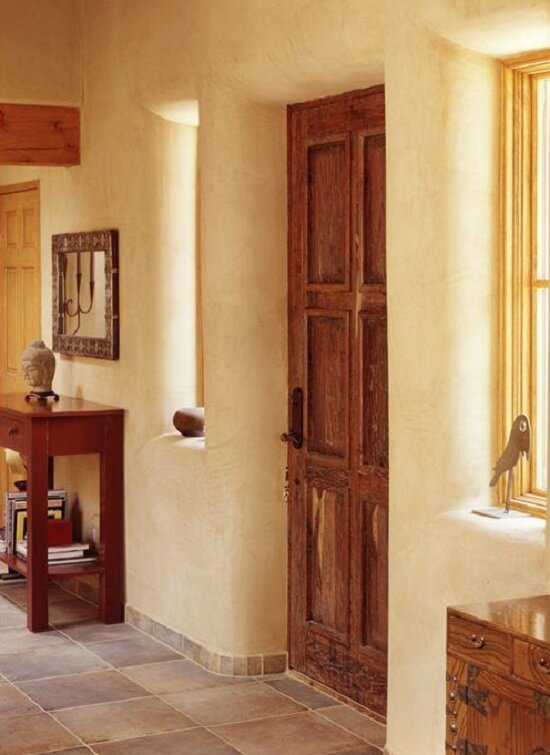 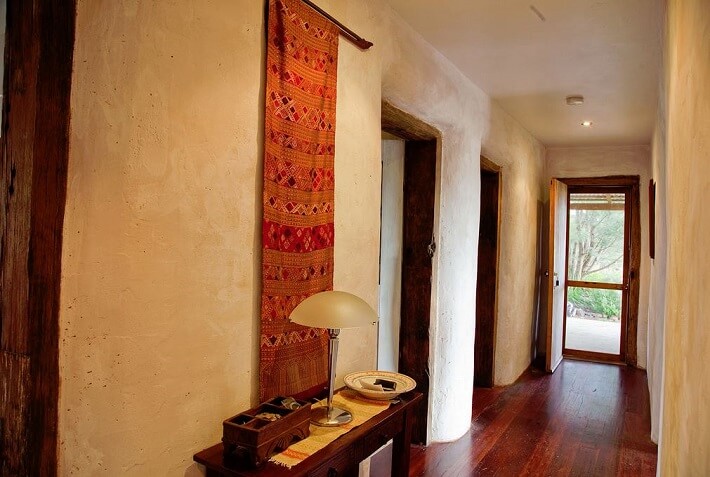 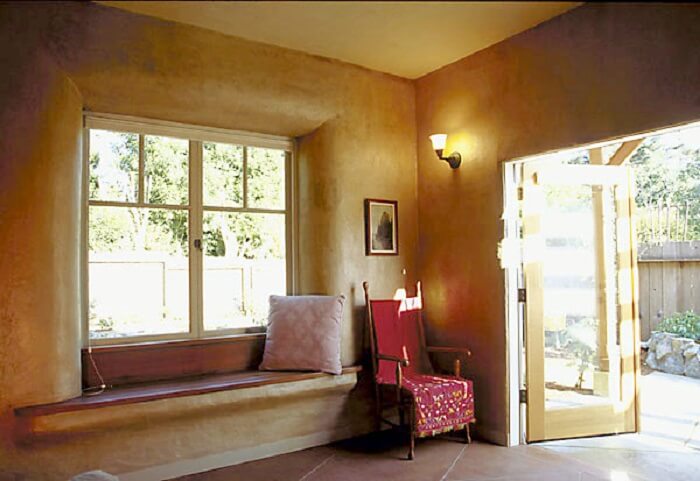 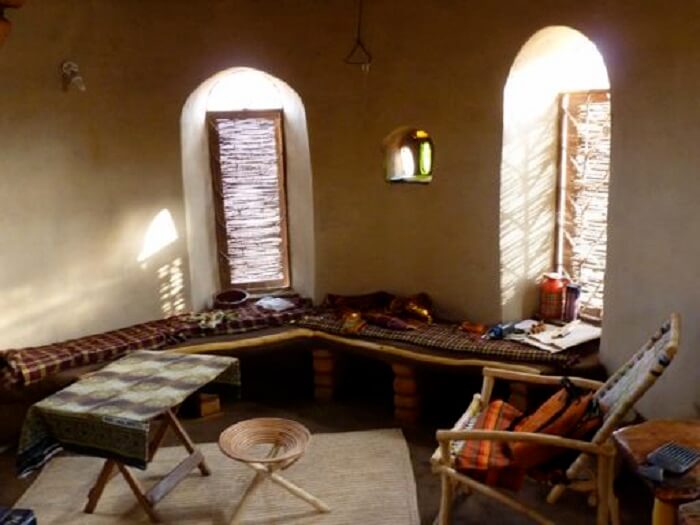 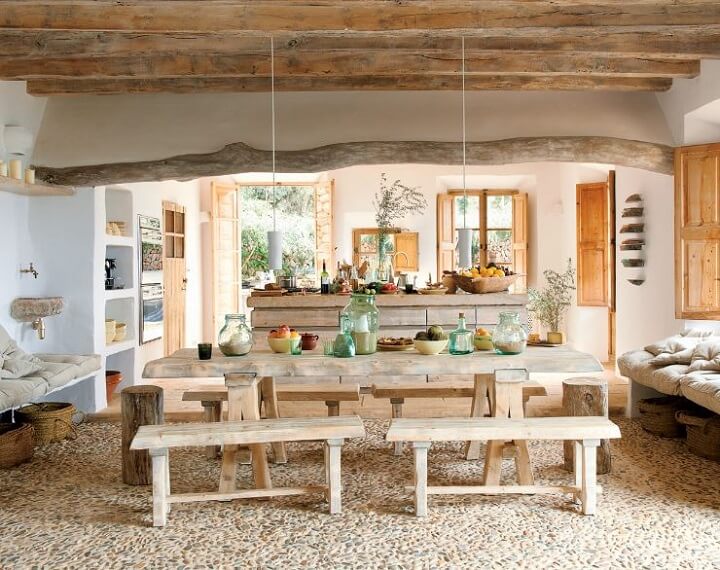 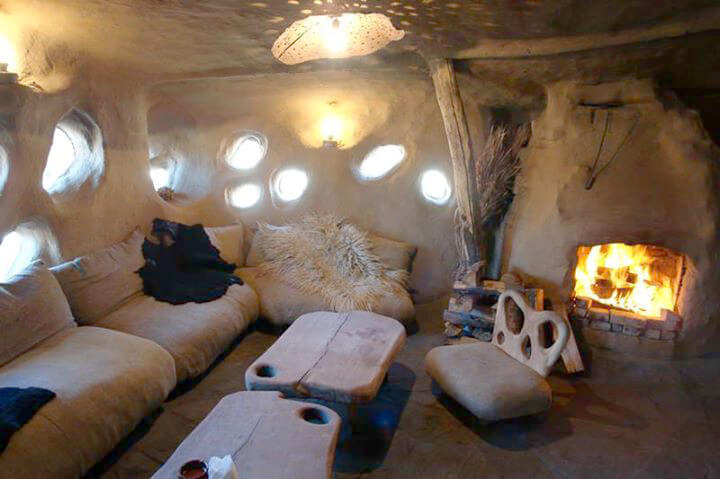 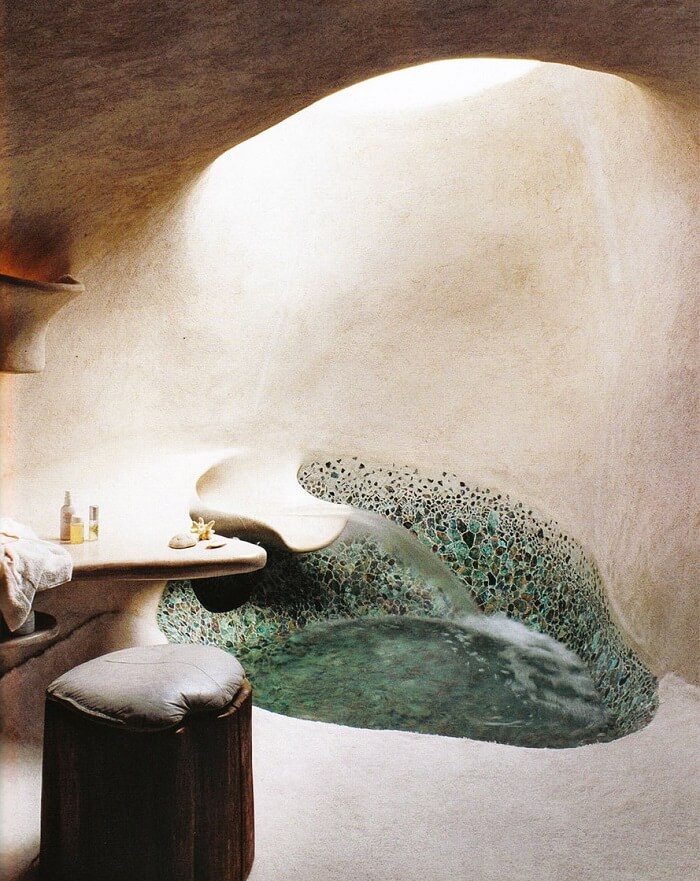 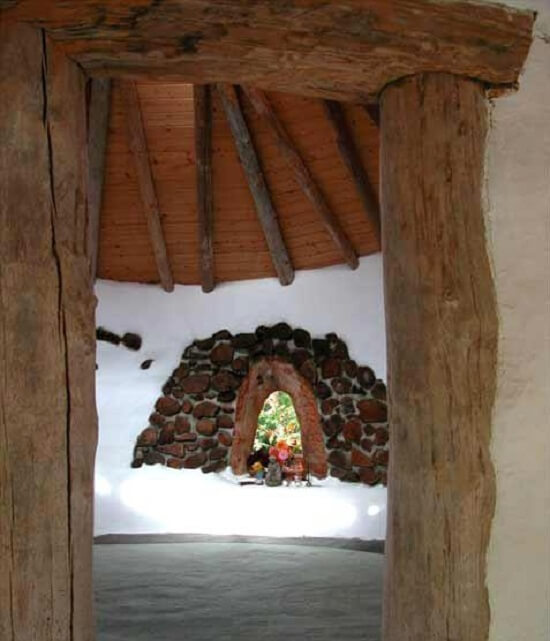 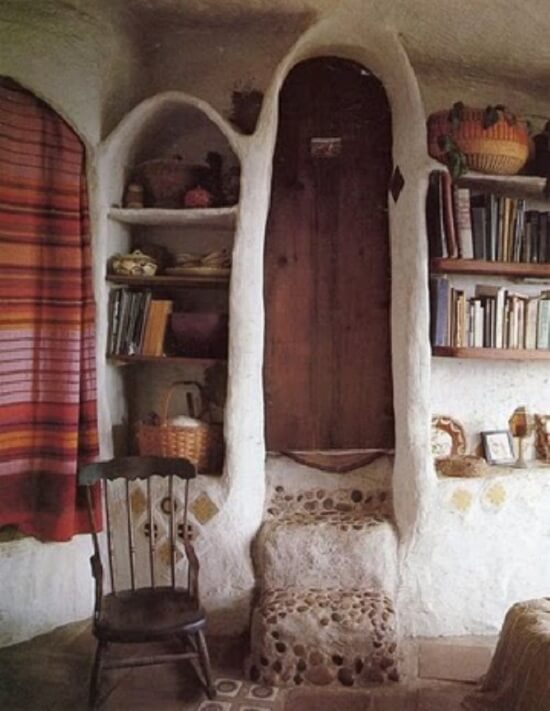 Cob arch and bookshelves.
Via tumblr.com