Some earth homes take advantage of something called thermal mass, which basically means that the mass of a structure has some capacity to store heat. So the mass of a home can stay at a more constant temperature than temperatures outside the home due to the presence and absence of sunlight in a 24-hour period. Obviously, night temperatures are the lowest and the hottest are usually around noon. Daily and seasonal temperature fluctuations are smoothed out by the thermal mass effect, if a structure is built to employ it. Walls in earth homes can be both thicker and denser to achieve thermal mass.

This home (pictured below) has been built with many windows to collect sunlight as a way of heating it. It is also built partially into the ground to take advantage of the natural warmth of the soil, which is clearly going to be warmer at times than the air around it, depending on weather conditions and the season. During hot summer days it will also be cooler than the outside air. 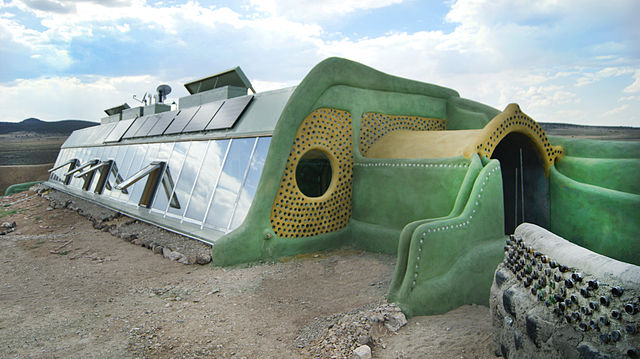 On summer days, the windows can be covered to block out the sun’s rays, if interior temperatures get too hot.

Earth homes are often built to be off the grid or mostly so — they can typically function independently. They are often built of local, natural, or recycled material. The aesthetic is unique if not entirely original, and for some it is a welcome relief from the generic look of suburban home design. This is to say, because they are often also built by the owners, their appearances can be the result of some degree of self-expression.

To some, they may appear ‘odd’ or ‘weird,’ but others may see them as charming, or intriguing. This home (pictured below) was built in the 1970s using soft drink and beer cans in New Mexico. 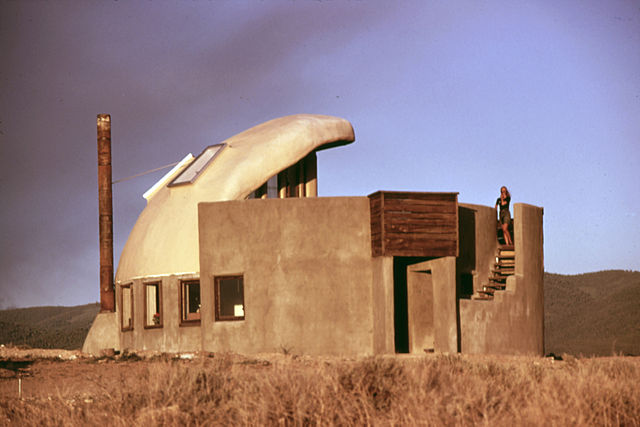 An Icelandic turf home (pictured below) is another type of earth home that has been around in various forms for thousands of years, because they are simple and efficient. 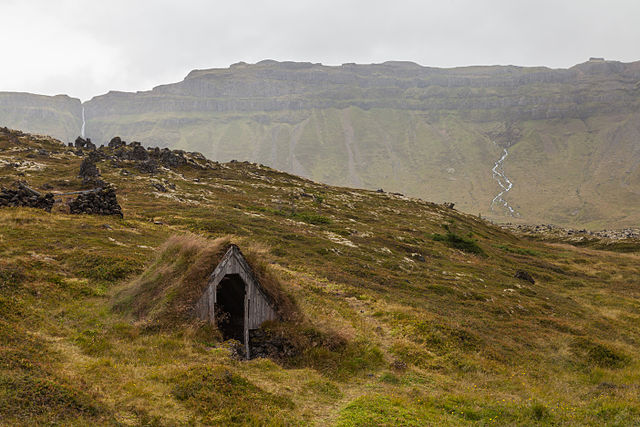 Here is an assembly of larger structures (pictured below). This structure is not a home, but it uses the earth as a protector against temperature fluctuations. 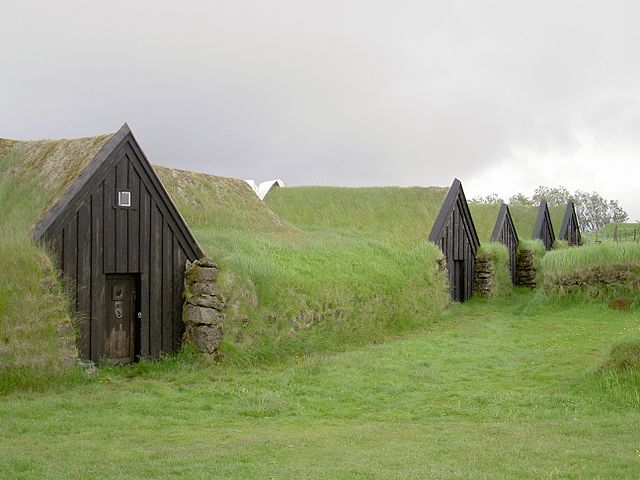 This unique and pristine-looking structure was built by Peter Vetch in Switzerland. Here is another one using a similar approach and material (pictured at the top of the article). Vetch is an architect who was designed and built about 47 such structures in a number of countries. They are made with sprayed concrete over shell-like structures and do not employ right angles. 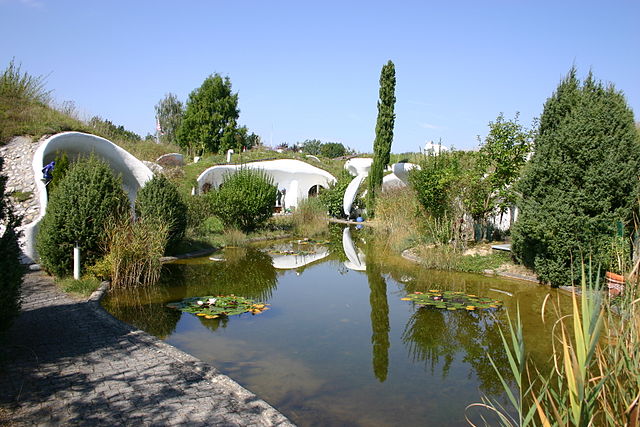 This earth structure has a much more conventional appearance but still has some greenery added in.

A smaller number of these have been built, but with success. Energy savings have been claimed to be 85% over a non-earth home.

We might expect an earth house to be in the ground or partially covered by it, but this structure (pictured below) was built in 19th century Germany of rammed earth, which is a technique that uses packed soil. (Technically, this is not an earth house.) Building a rammed earth home might seem ‘new,’ but this style of building has been around for a long time. If done correctly, rammed earth homes can be very strong and long lasting. The walls of packed earth blocks tend to be very thick, so the structure is well-insulated from outside temperatures and sounds. 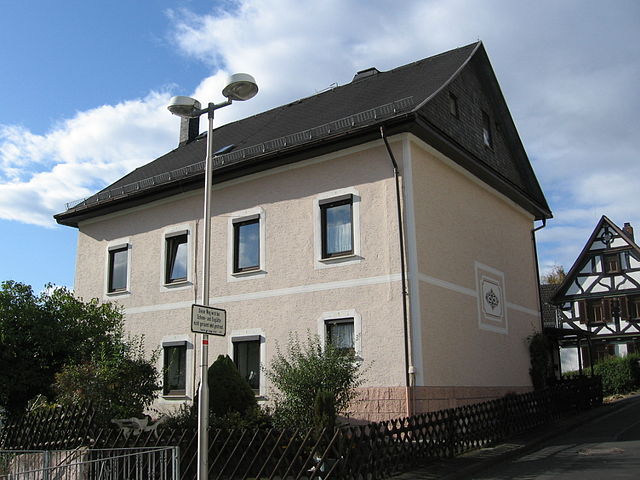 However, though a standalone rammed earth house is literally made of soil, it wouldn’t be considered an earth house, because it isn’t built into the ground. This one is an earth sheltered structure.

Building a home in the ground makes sense because soil provides a layer of insulation, which makes the home more energy-efficient. In some cases, a thin layer of soil and grass is used to cover the top or part of it.

The main point of building earth houses is that they are more environmentally ecologically friendly. Also, because of their energy efficiency and use of recycled or available, cheap materials, they can be cheaper to construct and own.

Another aspect is that they can be built to fit into natural landscapes without disrupting them as much. Rainwater collection, passive solar heating, thermal mass energy-efficiency, in-ground insulation, and even solar power are all key components.

Conventional homes might use chemicals in their construction that aren’t the healthiest for some people, so building an earth house might prove a better option for them. When you construct one, you have control over the materials that are used.

Because they are located mostly or partly underground usually, earth homes can have high humidity levels inside, so proper ventilation is needed to prevent mold and mildew.

This style of home might also appeal to a person who was concerned about nuclear radiation fallout, because the layer of soil above and around them offers some protection.

Like for building any home, costs can vary depending on a number of factors — mainly the size. There are examples of earth houses costing $5,000, if you are willing to do a lot of the labor yourself.

The low-cost and flexibility to build your own home make the prospect of creating an earth house exciting. Also, over time, you will likely save money — if not a lot — because your energy consumption will probably be quite a bit lower. Earth homes also tend to be smaller, so they don’t need as much energy.

The average cost of building a new 2,500 sq. foot home in the United States is almost $300,000. The issue is not only the high cost, but the fact the mortgage might be 30 years, and who really wants to work for several decades to pay off a home?

So, you might say, building an earth house is not only about the practical, physical considerations — it may better fit a particular kind of lifestyle, which is more independent. In fact, some research has shown that putting time above money is linked to greater happiness.

Here are a number of examples of earth or more eco-friendly homes.

Of course, there are many examples of such homes, but they don’t have to be considered ‘weird’ or by any other pejorative labels.