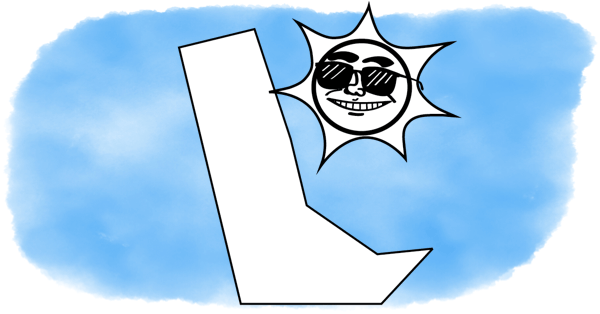 Going solar? Good call. It’s the right choice for your pocketbook and for the climate. If everyone in Delaware used solar power, it would take 11 billion pounds of carbon out of the atmosphere every year—according to the EPA’s greenhouse gas calculator, that’s the equivalent of planting a forest that would cover an area more than three times the size of the state.

Solar power is a growing part of the energy mix in Delaware. Nationally, the state ranks #11 in solar energy use.

The biggest advantage of solar energy? The cost—$0. For the average Delaware household, generating all their own electricity with solar would save $1,515/year. Also, you’re doing a favor for the next generation. Instead of relying on natural gas plants, supplied by fracking and offshore drilling, which produce most of Delaware’s electricity, you’ll be producing your own clean, renewable energy. In Delaware, residential customers like you account for 24.4% of the state’s total energy consumption.

The disadvantages: The cost of installation. The average solar installation costs around $20,000. Incentives like Delaware’s Green Grant program and the U.S. Residential Renewable Energy Tax Credit can bring the overall cost down.

The average Delaware family uses 31,667 watts of energy on an average day. And, on average, they’ll get 4.5 hours of sweet Delaware sun each day. So, to get enough energy to keep the power running all night, they’ll need their solar power array to generate 7,037 watts of energy per hour while the sun’s out.

To figure out exactly what you’d need based on where you live in Delaware—and how much money you’d save—use this solar savings calculator:

Delaware, as a small state, has placed an emphasis on solar as a way to meet its substantial renewable energy standard. Like most of the Northeast, it has very high energy costs and consumption, making solar a cost-effective part of its energy portfolio.

Delaware has set a target of 25% renewables by 2025; 3.5% of the state’s total energy mix are required to be photovoltaics. In 2007, the state established a Sustainable Energy Utility that provides grants for solar projects through its Energize Delaware program. Local governments, school districts, and nonprofits are eligible for low interest loans from the state for sustainable energy projects.

In 2009, the state mandated that property owners could not be prohibited by covenants or homeowners’ associations—though existing covenants and local level legislation prohibiting solar development still remain in effect. The state has mandated that all new construction be net zero energy consumers by 2025 for residential and 2030 for commercial. The state offers a subsidy for new construction if the project has achieved strong sustainability measures like LEED. However, in December 2016, Delaware lowered its solar installation incentive 10% for some power customers.

Delaware, like most states, mandates that its utilities practice net metering. Net metering deducts solar energy that homeowners have generated from the total cost of their utility bill and credits them for any excess power generation that goes to the grid at large. Net metering customers are also allowed to sell solar credits, known as SRECs, to utilities in service of the state’s 3.5% solar goal. This solar credit market is administered through a licensing and procurement program. The state requires that utilities disclose their fuel mix to customers.

In mid-2017, companies Standard Solar and Urban Grid completed the second phase of a 2.1 MW solar energy system, the project is being used by Delaware Technical Community College.

In Seaford, a solar power facility is now being used to supply 1.47 MW to Allen Harim’s poultry processing plant. Since May 2017 the solar facility has accounted for 11% of the plant’s energy needs.

In May 2017, Tompkins County Industrial Development Agency passed two Enfield solar projects. Mecklenburg Solar and Delaware River Solar are working on the projects, which will supply more than 2 MW of solar energy when finished.

MSEIA, the Mid-Atlantic branch of the Solar Energy Industries Association, lobbies for pro-solar policy in Delaware.

Energize Delaware is an education and outreach program run by the Delaware Sustainable Energy Utility.