You are here: Home / General / The Future Of Work Will Not Happen Between 9 and 5 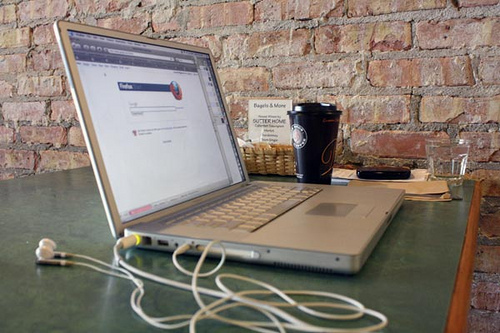 Are you ready to ditch the corporate grind and the coffee shop office all in one fell swoop?

Things are happening in the corporate world. Things that scare people with titles like CEO and Human Resource Manager. Things that lead analysts and experts to say that the way people work is changing.

Activist and blogger David Bollier spends a lot of time exploring the commons as a new paradigm of economics, politics and culture. Bollier recently released a report called The Future of Work:  What It Means for Individuals, Businesses, Markets and Governments (PDF). In it, he describes how the traditional large business firm is ill-equipped to compete in the digitally-networked world because its centralized hierarchies and command-and-control management systems are not adaptive. They are in fact incapable of meeting the myriad needs and structural realities of our time, writes Bollier.

We see evidence of this paradigm shift over and over in the news. What makes a better headline: the story of Johnson & Johnson making another billion dollars, or Timmy Johnson, college drop-out, selling his internet start-up for $2 million? We love entrepreneurs. The people who say, “I can do this better on my own” and then actually DO it.

Since the recession hit, and even before, people were starting to peel away from the 9-5 grind. It’s unhealthy, destroys your soul, and in most cases, provides just enough money to get by. People with talent, especially in the digital industries, began to realize that they were valuable, and that by starting their own companies or freelancing, they could enjoy the fruits of their labor instantly, instead of waiting for praise (or a raise) from middle management.

They filed out of office buildings and into their basements, spare rooms, and local coffee shops. They partnered with their friends and neighbors, and starting DOING what they love, instead of saving it for the weekends. I like to call them the mobile workforce.

They’ve got everything they need: talent, ambition, connections. There’s only one thing missing–community–and that’s where coworking comes in.

Anyone can locate a desk and a free internet connection, but coworking provides more. It allows independent professionals to participate in a global community that is part support system, part educational network, and part creative think tank. Coworking provides a way for the mobile workforce to gather, collaborate, and grow without having to commit to pricey private office space. Although coworking spaces tend to flourish in urban centers where independent professionals are the norm, new facilities are popping up all over the world (Shareable).

In the future, I’ll be writing more about collaborative consumption in all its forms, from online swap sites to coworking communities. If you’re tired of the traditional way of doing things, and thinking about striking out on your own in any type of endeavor, I encourage you to stay tuned!