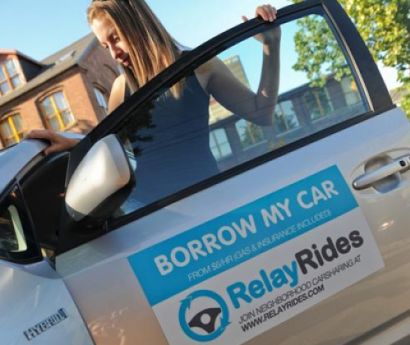 RelayRides, one of the first online services to make peer-to-peer carsharing safe and legal, recently announced that several additional big name investors would now be lending their financial clout to ensure the company’s continued growth.

Shasta Ventures and sharing economy expert, entrepreneur and “The Mesh” author Lisa Gansky are the latest to join Google Ventures and August Capitalin in boosting the company’s total Series A.2 funding to $10 million. The new investments will cover RelayRides’ expansion throughout San Francisco and Boston proper.

RelayRides only launches in regions that are home to an adequate number of members, ensuring that the service is viable and that owners successfully connect with borrowers. Unlike other carsharing operations, RelayRides leverages existing, often idle autos rather than putting fleets of new cars on the road.

“The future of business is indeed about sharing, and we are at the beginning of a major shift in our economy and lifestyle where access triumphs over ownership,” said Gansky. “RelayRides is one of the shining examples of this; they are doing it right, by turning unused value into real assets for local communities, economies and the planet.”

A growing number of consumers use the service to safely lend their cars to neighbors – and generate on average $250 per month per vehicle. The company, which has unmatched security technology, backs its service with a $1M insurance policy.

“Peer-to-peer carsharing is no longer some theoretical idea on the horizon – it’s here and is being realized through the innovative service provided by RelayRides,” said Rob Coneybeer, Shasta Ventures managing director. “RelayRides is a proven sharing-economy role model. And unlike other carsharing companies, it’s the most secure service out there because it allows owners to disengage their car remotely if their car should become compromised – a critical security feature for this kind of service.”