You are here: Home / Sustainability / 10 Existential Threats To Global Agriculture 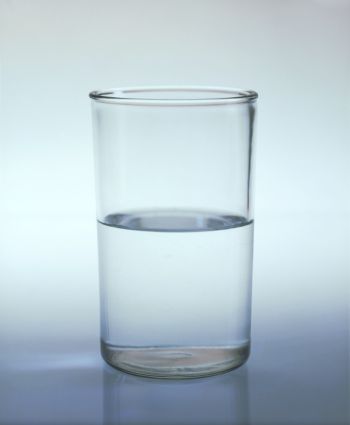 I tend to be a “glass half full” sort of person, particularly about the prospects of successfully feeding the 9-10 billion people we expect by 2050.  My optimism is based on daily contact with the innovative public and private entities who develop technology for agriculture.  It is also based on the track record of small and large farmers who integrate these new options into their production systems.

Farming has the largest physical “footprint” of any human enterprise, so it will never be without consequences. I believe that feeding 10 billion people well while preserving the environment in within the realm of possibility. Even so, I have some concerns about how we are going to pull this off.  My list of existential threats includes:

After labor , land, and often water, the next largest cost of most farming operations is energy.  It takes fuel to drive tractors and combines.  It takes energy to manufacture and transport fertilizers.  It takes energy to heat, light or cool greenhouses, and it takes energy to chill, store and transport food.  As we move into an era of “peak oil,” it becomes difficult to simply pass along these rising costs to consumers – particularly to the poor.  The solutions are the use of waste heat and the use of LED lighting at only the wavelengths needed for plant growth.

Phosphorus is the second most important element for plant growth.  It has been mined from deposits of “phosphorus rock” and released with acid to make commercial fertilizer.  Those mines are running out and soon the only major source will be in North Africa.  That is not a good scenario.  Phosphorus is soluble in water, so some of it moves into ground water and into streams and rivers.  It is as much a driver of the Gulf “dead zone” as is nitrogen.  We can reclaim phosphorus in rivers and particularly in from municipal waste, but the process is expensive.  We need to drive down that cost and start re-using all this fertilizer we are currently wasting.

Farmers are far older, on average, than the general population.  Not that many young people desire to become farmers and those that do tend to believe that working on a small, Organic farm is actually a meaningful contribution to the food supply.  Our best hope in this respect is increasing mechanization and robotic farming.  The success of the game, Farmville, suggests a latent interest which could lead to a generation of farmers who may move from the virtual farm world to the physical with no change of user-interface.

Our Lack Of A Viable And Humane Guest Worker Program

The drive to force all employers to use E-verify for their employees has the looming consequence of creating severe agricultural labor shortages.  Any crop that requires hand labor to plant, tend or harvest is at risk.  Hopefully the early adopting states like Arizona and Georgia will demonstrate the folly of our dysfunctional system.  There is a huge opportunity to rationalize this labor pool, removing the inefficiency of connecting workers and employers, providing mobile housing and safety training.  There is no reason to defy gravity and pretend that there is not a market for guest workers on farms.  We may never be able to be reasonable about immigration in a comprehensive fashion, but we could address farm labor separately.

The Low Level Of Land Ownership By Farmers

Truly sustainable farming is a wise, long-term investment, but since most farmers rent the majority of their land on an annual, cost-basis, they cannot actually afford to farm in the best possible way (no-till, cover crops, controlled wheel traffic, variable-rate fertilization…). It is not feasible for most farmers to buy more land, but the structure of leases could be modified so that both the farmer and the absentee land owner share in the increased stability and quantity of yield on soils which are improved in terms of rain capture and retention

Climate change is real to farmers.  Temperatures are generally higher.  Rainfall is more variable with both more dry and wet spells that lower productivity.  The range of pests is expanding as temperature or the timing of rains enables them.  The improvement of soil properties is the main possible response to this threat.  The second is the expansion of “protected culture” like high tunnels, rain- shields, screen houses or even full-blown greenhouses.

When city dwellers and farmers compete for the same water supply, the farmers are clearly going to lose.  Even where there is not competition farmers face rapidly depleting aquifers, rivers that never reach the sea, salinity problems and the maze of water law and environmental regulation.  The main solution is highly efficient irrigation systems which are capital intensive and require steady maintenance.

New families of insecticides and fungicides are being discovered on a regular basis, but new families of herbicides are rarely found.  Several modes of resistance to glyphosate (Roundup) have emerged in recent years – actually much more slowly than for many other classes of herbicides.  This threatens not only Monsanto’s trait dominance, but also the feasibility of no-till and strip-till systems which are at the core of sustainable practices.  Re-doubled discovery efforts are needed as are new herbicide tolerance traits for different herbicide classes.  The global wheat crop is now threatened by a new strain of stem rust, UG99 that first appeared in Uganda.  A coordinated, global breeding effort is underway and it is a race against time to get new sources of resistance back-crossed into locally adapted and quality checked lines. Our dysfunctional congress just voted to reduce funding for this effort.

A Failure To Invest Public Funds In Agricultural Research

Concerns about some of the negative features of the “Green Revolution” and complacency developed over years of relative abundance, have induced many governments to cut back on investment in agricultural research even though statistics indicate this to be one of the highest return rate public investments that can be made.  There is a widespread delusion that “agro-ecology” and traditional wisdom will feed the world which it has clearly failed to do.  If it were not for the generosity of foundations like Gates and Buffet, the situation would be even more dire.

The Growing Influence Of Anti-Science Forces

A host of voices are terrifying the public with disinformation about GMOs, pesticides, and other key elements of agricultural productivity.  This fear infects both the Right and the Left and is well funded by shadowy benefactors.  Environmentalism that sees humanity as the source of solutions is a good thing, but the environmentalism that sees humans as the main problem is a real threat to the future.  The Environmental Working Group is promoting cancer in humans by reducing their intake of cancer-fighting fruits and vegetables and by frightening them away from using sunscreens.

It costs a lot of money to maintain a pesticide screening effort. Because of the fear industry, the uncritical press and the under-qualified political leadership, the companies that invest billions in R&D cannot count on a reliable reward for their efforts.  Uncertainties on the regulatory and market front have a chilling effect on investment at the same time that generics are cutting into their profitability.  This will not only effect farmers.  This discovery engine is also what finds all the actives for public health-oriented pest control (mosquitoes, roaches, bedbugs…).

Each of these issues can be addressed with sufficient time, funding and creativity, but global agriculture is facing them all, simultaneously.  It is an enormous challenge.

You can email me at savage.sd@gmail.com.  My website is Applied Mythology.