You are here: Home / Technology / Ten (More) Ways to Change the World Through Social Media 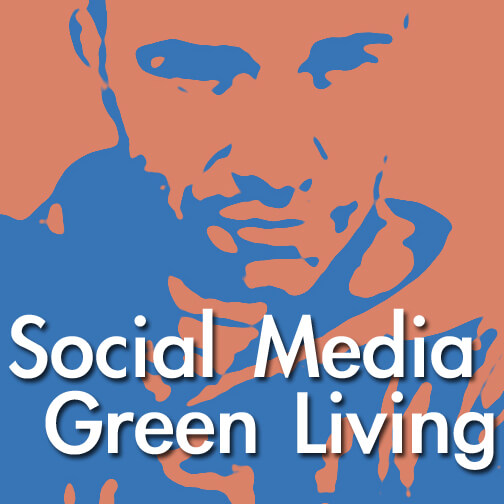 Back in May, we penned the original 10 Ways to Change the World Through Social Media. Though most of those first 10 are still relevant, the pace of innovation and advancement on the social web means many more have emerged in the past five months that deserve attention. These are the tools and resources that individuals, corporations, and nonprofits alike can use to communicate, create, and connect on the social web…for social change.

1. Blog It Out: When the die is cast on social media and final judgments are made, blogging will reign supreme as the single greatest force in Web 2.0. Whereas social networking is broad and shallow, blogging is deep and focused. That’s the power behind Blog Action Day, which takes place this Wednesday, October 15th, 2008. It’s a day when bloggers the world over draw attention to a single issue and (hopefully) inspire action. This year’s topic is poverty. And given the current financial crisis, it would seem many bloggers have gotten a head start.

2. Twitter Green Events: In the first 10 Ways, we wrote about the Twitter greenstream, a tagging mechanism that organizes and aggregates Twitter messages (Tweets) about doing green things. What’s evolved since then is the widespread use of unique Twitter tags at events. Most recently, we covered West Coast Green by tagging our Tweets with #wcg08. This helps people at the event to find and meet up with fellow Twitter folk. It also enables those who aren’t attending the event to follow what’s going on and what’s being said in real time. There are a couple ways to do this. One is to follow through Twitter Search (formerly Summize), where you can track keywords and tags. Another is to send a Tweet as follows: “track word: [insert keyword]”. And then you’ll start receiving all Tweets with that tag or keyword directly into your feed.

3. Contribute to a Green Wiki: We’ve written about Creative Citizen and Huddler Green Home, both of which offer wiki platforms where you can learn about green products and solutions as well as contributing to them. The latest player in this space is none other than Wikipedia founder Jimmy Wales. Wikia Green is part of the for-profit network of “wiki communities on any topic people are passionate about.” We’re clearly passionate about green and green blogging. As of this writing, there are 714 articles, and it’s received coverage from top tech blogs Mashable and CNET, as well as the usual suspects: The Daily Green, EcoGeek, and La Marguerite.

4. Help an Entrepreneur: Kiva.org is a world leader in “peer-to-peer philanthropy” where first-world citizens can assist developing-world entrepreneurs through small “micro loans”. The credit card company Advanta recently partnered with Kiva on the Kiva B4B (business for business) credit card, where loans originated from one’s card are matched by Advanta up to $200 per month. In fact, we just loaned $50 to Bahodur Malikov of Tajikistan to expand his footwear business, which means that he’ll actually receive $100 of the $750 he needs (his loan is now fully funded). The thrust of the Kiva B4B credit card and its online community is to give entrepreneurs (like us) a simple and affordable way to support fellow entrepreneurs and do something good. Disclosure: Kiva B4B is a Max Gladwell sponsor.

5. Network With Us: Max Gladwell is the nexus of social media and green living. Beyond the central blog, we have several networks where social-media-minded greenies can network together: Facebook Profile, Facebook Page, Facebook Blog, Facebook Group, Twitter, Ning, MySpace, Flickr, Technorati, and FriendFeed to name a few. You can join these green conversations wherever they are and follow them wherever they go.

6. CauseCast Yourself: Debuting at this year’s TechCruch50, CauseCast is the latest entry into the social-action platform space, where members can connect on important issues and support those corresponding causes. According to the company, “Causecast empowers people who want to make change. [It’s] a platform where media, philanthropy, social networking, entertainment and education converge to serve a greater purpose.” The platform features its own social network with a news section and a cause-related widget that you can embed on your blog or social networking profile. Cause categories include animals, arts, community, environment, health, human rights, and youth.

7. Be a Citizen Journalist: iReport and Current pioneered the citizen journalism trend by giving everyday folks like us a platform for reporting stories that wouldn’t otherwise make the evening news. More recently, YouTube launched its Citizen News Channel/Vlog. All it takes is a Flip video camera to join the likes of Anderson Cooper and Christine Amanpour. Though it hasn’t gained a ton of traction so far, Citizen News does have potential.

8. Check Your Headlines: Really Simple Syndication (RSS) has revolutionized how we track and access information on the web, but for many it’s just not simple enough. That’s why we have AllTop. This aggregation of high-quality blog feeds enables anyone, including avid RSS users, to scan the most important headlines from the blogosphere on a single page. Think of it as a magazine rack of blogs. Organized by topic, you can see all the change in world every morning by checking Green.Alltop.com, Nonprofit.Alltop.com, and Good.Alltop.com. Take action accordingly.

9. Vote for Green Content: The first Top 10 featured Hugg.com, which is Treehugger‘s answer to the wildly popular Digg.com social news site. These enable users to vote for good content, make it popular, and give it the attention it deserves. This is the democratic web. Since then, EcoURLs launched as a new eco-oriented social news site, but it also has a unique approach. In addition to just voting stories up and down, users can push that content to the major social news and bookmarking services: Digg, Reddit, Buzz, StumbleUpon, and del.icio.us. It’s still gaining traction, but this could become the hub for all of the social web’s green news.

10. Belly Up to the Bar: The wildcard entry on this list is the brand new Greenbar Toolbar. It’s essentially a stripped-down version of the Flock Eco Browser for both Firefox and Internet Explorer. According to the company, it gives you access to the “best [green] blogs, websites, feeds, gadgets, resources and more” and “features embedded Twitter, a built in email system, Google search, and a pop-up blocker.” Facebook integration and select RSS feeds are also included.