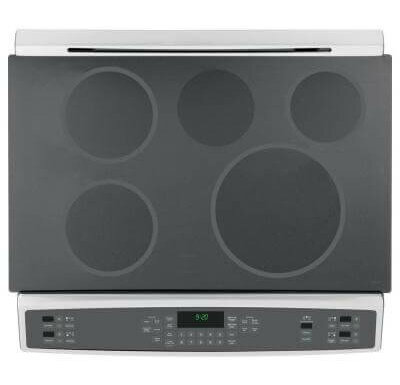 You are here: Home / Living / How Energy Efficient is Induction Cooking?

Induction cooking is the hottest new technology in the kitchen. With grand claims of offering the best of both worlds — the responsiveness and control of gas and the heating power of electricity — induction is poised to become the standard in cooking (once demand helps push that pesky thousand-dollar price tag down a bit).

Induction cooking generates a great deal of heat in a short time, but it can also heat incredibly slowly or at very low temperatures, so you can cook and boil faster, and also simmer with more precision (meaning less burnt Béarnaise). Electric ranges have notoriously slow temperature changes, whereas with induction, when you turn it off, the pan starts to cool instantly, as with gas.

From a sustainability standpoint however, do its claims to be the most energy efficient method of cooking hold up? Let’s take a look.

The primary advantage of induction cooking is speed. It works by transferring energy straight to the metal of the pan, rather than heating up an element and then transferring that heat to the pan. By essentially cutting out the middleman, induction ranges can boil two quarts of water in less than 5 minutes (and less, with the use of a power boost available on higher-end models). A gas stove will take just over 8 minutes to do the same and an electric ring just under 10 minutes. This saved time results in real energy savings over long-term use.

There are no Energy Star® certifications for ranges, but research by the U.S. Department of Energy indicates an induction cooker is 84% efficient at energy transfer, versus 74% for a smooth-top electric unit, giving it a heating performance comparable to a gas element. More significantly, induction is 90% efficient with its power use, using 2.8 kW to deliver 2.52 kW. This is a substantial improvement over electric coils, which use 2.0 kW to deliver 1.1 kW (a 55% efficiency), and over gas, which uses 3.5 kW to generate 1.75 kW (a 50% efficiency). (Source: http://www.bestinductioncooktopguide.com).

The lack of excess heat is one of induction cooking’s lesser-known eco-friendly attributes. Traditional gas and electric ranges heat up the air around the pan, losing up to half their heat to the surrounding environment. In warm climates or hot places, such as a restaurant kitchen, this means having to crank up the air conditioning when you’re cooking — not so with induction, where all the heat is transferred to the pot and very little ambient heat is generated.

Smart technology incorporated into many induction cookers also helps earn sustainability points. Some models feature sensors that detect if a pan is there or not, and if the pan is not put back in a set time frame, the element turns off. Higher-end models such as Samsung’s NE595N0 have a “Boil Alert,” which detects vibration from hot liquids and automatically reduces heat to a preset level, preventing boil-over accidents and wasted energy. The same sensors can also detect the boiling points of liquids such as soups, oils, and milk — and beep to alert the chef.

Induction cooktops are made of an eco-friendly glass ceramic material. A poor heat conductor, the cooktop ensures only a little heat is lost through the bottom of the pot and leaves the cooking surface cool to the touch. You can actually place your hand on the cooking area after lifting up the hot pot. This means no dried, burnt food or melted pots with the potential to destroy the range’s surface. The downside, however, is that glass-ceramic is more prone to scratching and breaking, leaving its long-term durability in question.

Conclusion: How Sustainable Is Induction Cooking?

From a sustainability standpoint, induction ranges stand up well in comparison to gas, especially when you take into account the lack of wasted heat. However, induction cooktops can only be used with certain cookware that must be made of a ferromagnetic metal such as cast iron or stainless steel, meaning people often have to purchase new pots and pans. It also require the chef to change his or her cooking habits — no more setting a pan of oil to heat up while chopping the onions, as the oil will be hot in seconds, or picking up the pan to flip the food around, which may damage the surface or shut the element off. This learning curve may reduce efficiency, at least initially. Ultimately however, induction cooking is a promising technology for those seeking sustainability in the kitchen, and is clearly a better choice over standard electric or the expense and carbon footprint of installing a gas line.