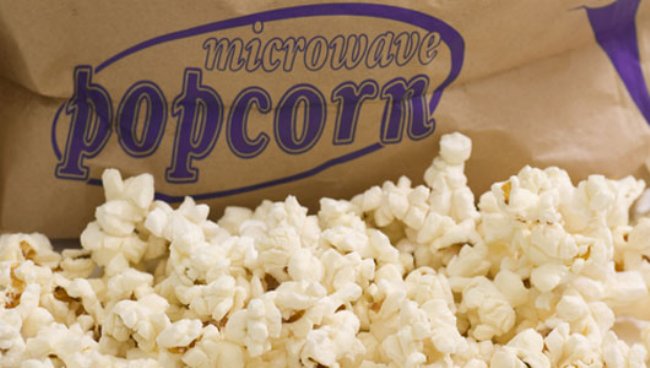 Perfluorinated Compounds (PFC’s) are in us and all around us..

Microwave popcorn bags are coated with PFCs, which migrate into the food when heated.

Why Are Perflourinated Compounds Used?

PFC’s have the ability to make an object oil, stain and water resistant, therefore they are used extensively for food packaging. ‘Fluoro’telomers (a PFC) are used to coat microwave popcorn bags. The controversial perfluoro chemical, PFOA is formed as an unintended byproduct of fluorotelomers (it is also used in the manufacture of PFCs). Another perfluoro chemical, PFOS, also remains as a residual impurity in some paper coatings used for food contact. Both PFOS and POSF are considered Persistent Organic Pollutants. Both are found in the lining of your popcorn bag. PFOA is present in microwave popcorn bags at amounts as high as 300 µg kg-1 (290 parts per billion).1

The amount of PFOA in PFC coated products appears to be related directly to the processing temperatures used to make the products. Cookware products use a high heat process that volatilizes most of the PFOA, but food content bags are processed at much lower temperatures, leaving dangerous residual perfluoro chemicals. As an example of just how much, if you eat just 10 bags of  microwave popcorn a year that could account for greater than 20% of the average person’s intake of PFOA based on levels measured in the blood of U.S. residents.2 Most Americans have 4–5 ppb of PFOA in their blood, according to the EPA. If that hasn’t turned you off to microwave popcorn, remember that inhaling diacetyl (used as the buttery flavoring) in microwave popcorn has the potential to cause a lung disease called broncholitis obliterans, especially to factory workers, but also to heavy consumers. And, as an added bonus, the corn in that bag is most likely genetically modified.

Your Largest Sources Of PFCs

(think hamburger wrappers, etc., yet another reason to avoid fast-food)

– PTFE begins to deteriorate at 500 °F, and decomposes above 350 °C (662 °F). Empty cookware can easily 500 °F exceed upon heating. The degradation by-products (PFOA and PFOS) can be lethal to birds, and can cause flu-like symptoms in humans.

PFCs In The Environment

PFCs persist in the environment as persistent organic pollutants, yet unlike PCBs, they do not degrade by any natural processes due to the strength of their carbon–fluorine bond. PFCs have been produced, used, and disposed of essentially without regulation for the last sixty years. Although perfluoro chemicals are turning up all over the world, major problem spots have been wastewater from perfluorochemical manufacturing plants and the drinking water close to those manufacturing plants. PFCs have been found in the drinking water near PFC-manufacturing plants in Minnesota, New Jersey, Virginia, West Virginia, Ohio, Alabama and North Carolina. Due to the surfactant nature of PFOA, it has also been found to concentrate on the top layers of sea water, and has been found in numerous mammals, fish, and bird species.7

Fluoropolymers are made from the above PFCs

The Dangers of PFCs

Although these chemicals have been in wide use since the 1950s, they’ve been subjected to very little government testing. Yet as PFCs become more and more prevelant in our environment, governments are taking notice. Even polar bears  have PFCs in their tissue and blood. The perfluoro chemical, PFOA has been detected in the blood of more than 98% of the US population, but oft times the source of exposure is not clear.3 However, for those living near a manufacturing plant, contamination of drinking water has been identified as the major route of exposure. A new study which tested the blood of 4,943 children under age 5, who live near a perfluoro chemical plant in West Virginia that manufactures PFOA, found that the children, who were exposed to the chemical from drinking water as well as their mother’s breast milk, had 44 percent more of the chemical in their blood compared to their mothers’.4 Children’s bodies seem to concentrate the chemical until the age of 12. Residents who drank more tap water, ate locally grown fruits and vegetables, or ate local meat, had higher PFOA levels. Residents who used water carbon filter systems had lower PFOA levels.4

Although PFOA does not break down in the environment, it appears to have a half life (or the time it would take to expel half of a dose) of 3 plus years in the human body (the half-life of PFOS has been estimated at 5.4 years). Studies show PFOA and PFOS is not metabolized in the body, and its tissue distribution in humans is unclear, but studies suggest it is present primarily in the liver, kidneys and blood.1

Although there have been few human studies. PFCs have been linked to many animal issues, such as:

In 2006, the EPA concluded that PFOA was “likely to be carcinogenic in humans.”
In 2005, the EPA determined PFOS an animal carcinogen.

Recent Human Studies On The Effects Of PFCs

A recent study in the Journal of the American Medical Association shows that elevated levels of perfluoro chemicals in human blood are associated with a reduced effectiveness of childhood vaccinations, such as diphtheria and tetanus vaccinations.5

According to a new study, a group of compounds that are used in a variety of products, from microwave popcorn to water-resistant clothing, may actually prevent childhood vaccinations from working properly.

A 2010 study in the journal Environmental Health Perspectives found that people with higher levels of PFOA in their blood were more likely to suffer from thyroid disease.

One kind of PFC, called PFOS, increased the odds of infertility anywhere from 70 to 134 percent. Another PFC called PFOA was linked to a 60 to 154 percent increase in the chance of infertility.

A 2010 study in the journal Environmental Health Perspectives found that people with higher levels of PFOA in their blood were more likely to suffer from thyroid disease. 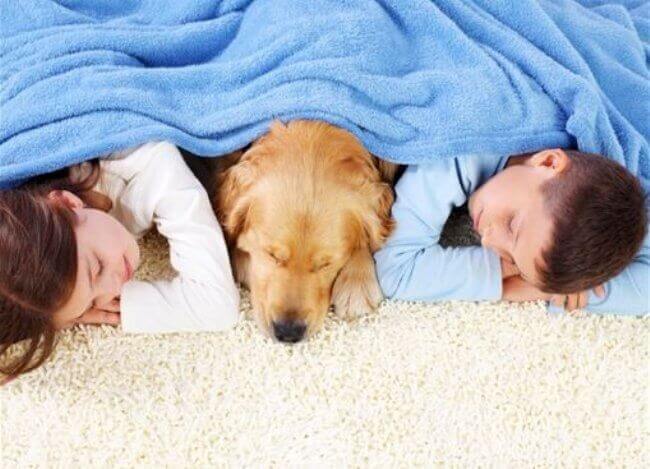 Rising levels of PFCs in the environment have led to voluntary actions to reduce PFC production and use. In 2002, 3M ceased using PFCs for its product, Scotchgard, because of concerns over release of PFOS and PFOA during manufacture and use. In early 2006, the EPA, Teflon manufacturer DuPont, and seven other companies announced an agreement to reduce PFOA in emissions from manufacturing plants and in consumer products by 95% by the year 2010. Although the reductions are taking place, alternative PFCs are being employed in place of PFOA and PFOS.

1) Perfluorochemicals: Potential sources of and migration from food packaging. www.tandfonline.com

2) It’s in the microwave popcorn, not the Teflon pan – pubs.acs.org

4) ‘Children under five living near a chemical plant in West Virginia were found to have higher concentrations of an industrial chemical than their mothers’ –  www.scientificamerican.com

3) Is Your Office Making You Sick? Study Finds PFCs in Office Workers’ Blood; Workers in New Offices Have Even Higher Levels of the Potentially Toxic Chemical – www.webmd.com

The Body Toxic: How the Hazardous Chemistry of Everyday Things Threatens Our Health and Well-Being – thebodytoxic.com