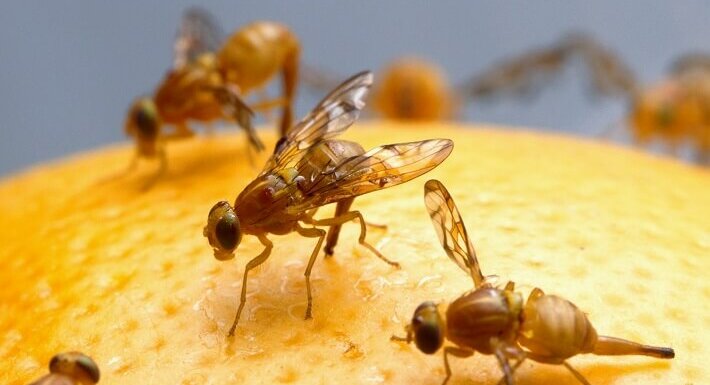 You are here: Home / IG / Fruit Flies Live Longer on an Organic Diet 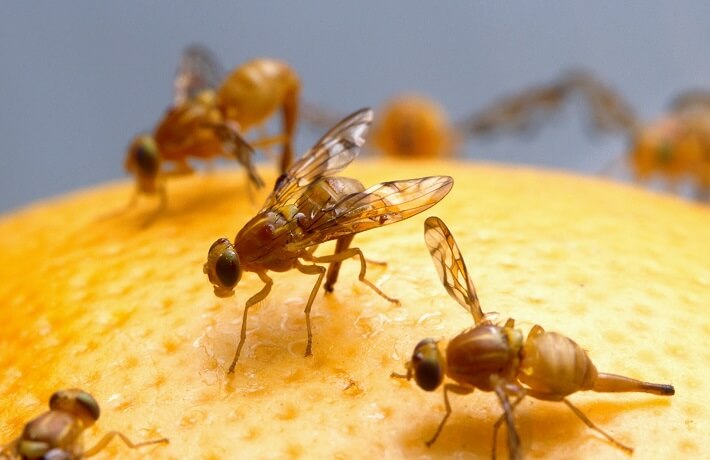 When Ria Chhabra was but 13 years old she heard her parents discussing whether the cost of organic food was worth the benefit. She decided to research the topic for a school science project and during her research noticed there was not enough information to make a clear judgment, so Ria decided to come up with the proof herself. At first Ria tested organic and conventional produce for vitamin C levels (organic had more) but she realized she needed more evidence of benefit, than simply vitamin C levels. So Ria looked on the internet for inspiration on how to conduct a more thorough study and she decided testing fruit flies was ideal due to their short life span, and the well known fact that dietary factors affect fruit fly fertility, longevity and health.

Related Post: How To Get Rid Of Flies: Natural And Effective Options

Ria sent out letters to known fruit fly researchers and was excited to hear back from Dr. Johannes Bauer of Southern Methodist University in Dallas, which is fairly close by to her home. Ria conducted the research over the summer at Dr. Bauer’s lab.

The flies were fed a homogenized mash of either bananas, potatoes, raisins or soybean. Both the conventional and organic produce was purchased at a Whole Foods store in the area. The study tracked daily a minimum of ten vials per test, each vial contained 25 males and 25 females (only 10 males and 10 females were used per vial for the fertility tests). Rai came to the lab each day to count living or dead flies as well as the number of eggs produced. The graphs speak for themselves… 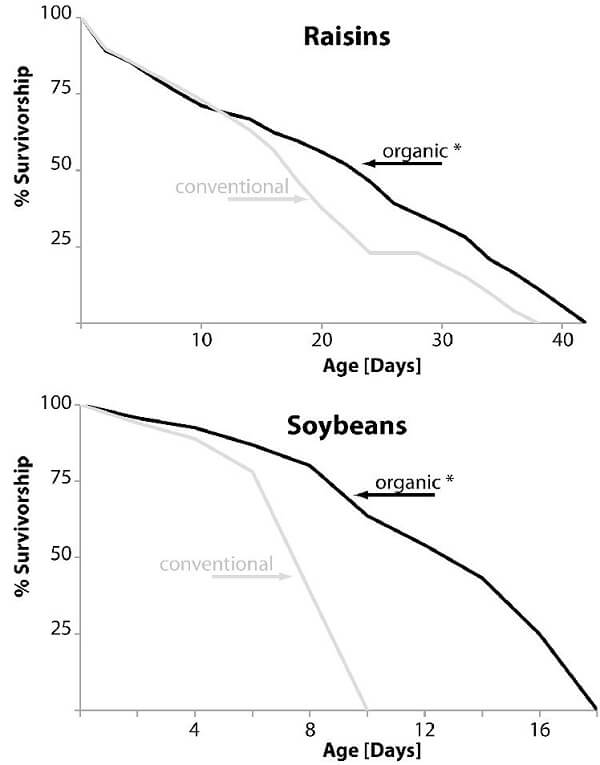 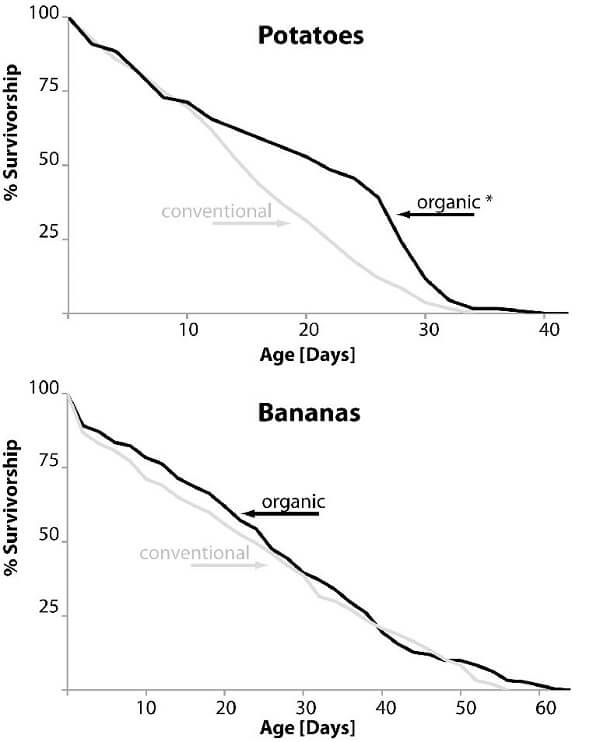 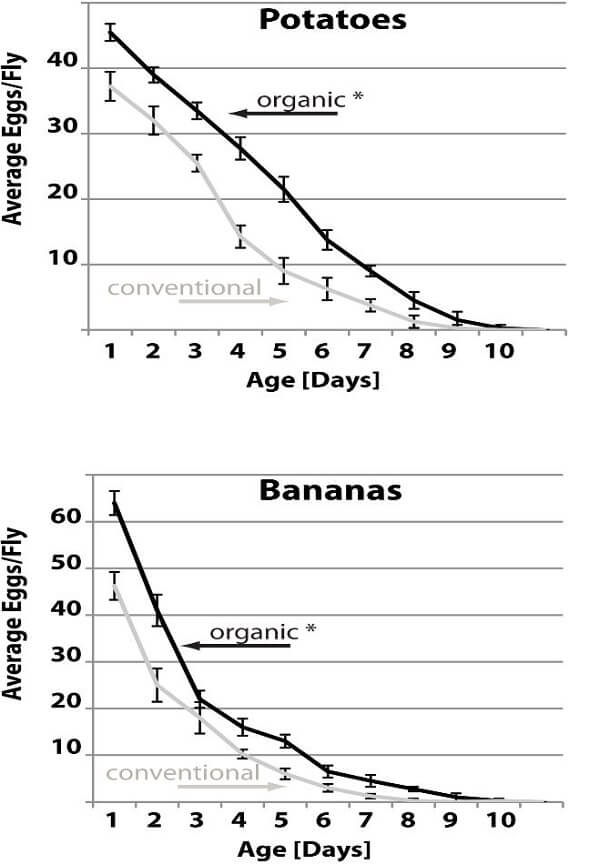 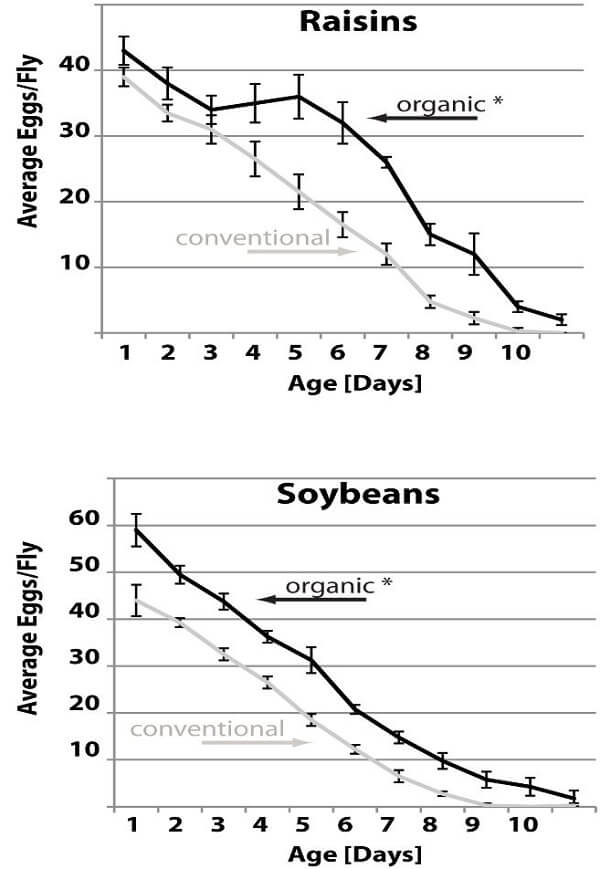 “Flies fed extracts of any organic produce had significantly higher daily egg production than flies fed conventional diets. Interestingly, flies fed the normal balanced laboratory diet have significantly higher fertility, with an egg production peak between five and ten days, while flies fed the produce extract had steadily declining fertility levels, reminiscent of what is observed with longevity. Due to the extremely short life spans of flies raised on soy diets, flies raised on soy diets were excluded from all subsequent assays.” plosone.org

Starvation and stress resistence were also tested, but for a raisin diet, the organic fed flies always faired better. The researchers acknowledge that almost all negative or neutral results were obtained when using raisin diets. “Suggesting the beneficial health effects of organic diets are dependent on the specific food item.”* Activity was also measured, and here flies raised on extracts of organic raisin and banana food had higher overall activity than flies fed the conventional diets.*

The data demonstrate that flies raised on organic food extracts by and large performed better on the majority of health tests.

Congrats to high school sophomore, Ria Chhabra, who at the age of 16, had her first scientific paper published.

To test if organic food is healthier than conventionally grown food, they fed one group of fruit flies an organic diet and a second group a conventional diet.