Battery technology has improved for every machine, from cars to phones. Tools have also gotten better. You can now ditch frustrating cables and saw through metal and wood for long stretches with a battery-powered tool. We consulted Amazon and trusted experts to list the best sawzalls.

Your Saw Shouldn’t Tire You Out

Ergonomics are a key consideration of a saw. If it vibrates like crazy, you’ll exhaust yourself trying to hold it steady.

By the way—holding steady is its own game. The size and shape of your hand will determine whether the saw you select is comfortable. Consider ordering more than one saw, testing their action, and returning the ones you reject.

Battery life has improved significantly, but that doesn’t mean that all batteries are created equal. If you’re planning to work on projects that require extended use of your saw, you should weigh this consideration highly.

Why buy a reciprocating saw that can’t slice through what you need to cut?

The Best Reciprocating Saws On Amazon 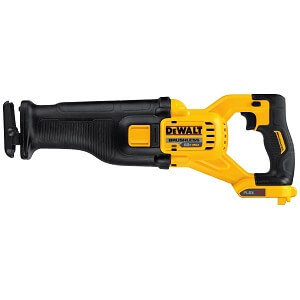 The 60V power ensures that it will cut through wood or metal. It also has a battery that can charge more than 100-watt hours.

However, that power and performance does come with a tradeoff: the DeWalt is pretty heavy. It weighs more than 10 pounds, which can be tiring.

One Amazon reviewer mentions that this saw gets an AAAA+ from them. You can’t argue with that! 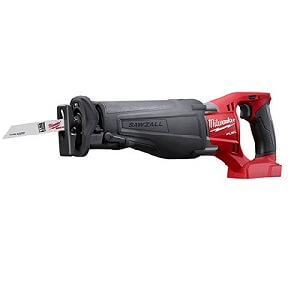 Milwaukee’s M18 Fuel Sawzall is the latest entry from the company that invented the tool. So it’s not a surprise that the M18 includes some innovative features.

If you purchase the tool with Milwaukee’s One-Key Bluetooth technology enabled, you’ll be able to tell the saw what it’s cutting and how fast to cut it with your smartphone.

The saw also weighs about 10 pounds and has battery life for 162-watt hours. 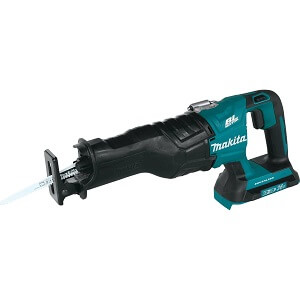 It cuts very fast, and it will run for longer than any of the other saws on this list, with more than 200 battery watt hours.

However, like the DeWalt and Milwaukee, the performance does come with a tradeoff.

The Makita weighs about 10 pounds. Its two batteries are bulky, so it could be unwieldy. 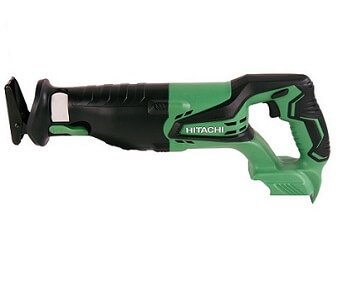 The Hitachi CR18DGLP4 18V Cordless Lithium-Ion Reciprocating Saw is a solid choice for most home users.

If you don’t plan to do hard core demolition, and you won’t need to cut for hours at a time, the Hitachi’s relatively light weight (about 8 pounds) and well-designed grip should rank ahead of other considerations.

The Hitachi can cut anything the other saws can, just not quite as fast. That makes it suitable for homestead use, but it would hold back a contractor. The Hitachi lasts for about 100-watt hours. 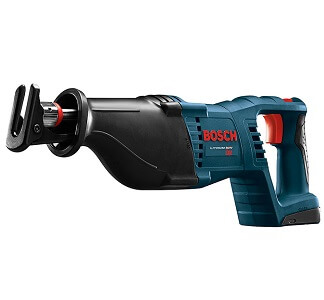 It won’t cut as fast as the DeWalt or Makita, but it is suitable for any reciprocating saw job you’ll find on a homestead.

It’s also the most affordable option on the list.

The battery has the capacity for more than 100-watt hours.