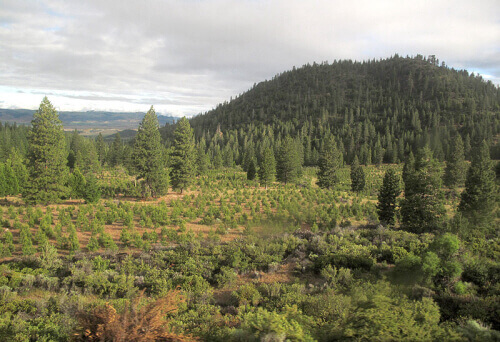 Between the Arab Spring, the weird weather, and, well, the Casey Anthony trial, you may have missed the fact that 2011 was proclaimed “The International Year of Forests” by the UN General Assembly. This celebration is long overdue: forests not only provide habitat to animals and plants, but also purify air and water, prevent soil erosion, and sequester carbon. Additionally, they’re a critical economic resource: globally, about 1.6 billion people rely in whole or in part on forests for their livelihoods.

All of this value they create makes deforestation a critical threat… and, even though the destruction of forest lands has slowed in recent years, we still lose about 18 million acres annually. Agriculture is the biggest cause of deforestation, followed by logging, wildfires, and overgrazing. With that loss of forests, we lose the ecological services on which we all depend… and many of the world’s poorest people suffer from the inability to grow food on degraded land.

Fortunately, the UN General Assembly isn’t the only organization taking a look at the state of the world’s forests: governments, NGOs, and even for-profit companies recognize the environmental and economic losses caused by deforestation, and are working to restore the health of these important ecosystems. Over past decades, a number of reforestation projects around the world have succeeded in bringing forests back to life and health. The Green Belt Movement in Kenya, founded by Nobel laureate Wangari Maathai, is one of the most well-known, but efforts to revive forests have succeeded around the world.  Here are a a handful of them…

South Korea could likely serve as the model for reforestation: Lester Brown noted in Eco-Economy: Building an Economy for the Earth that “Perhaps the most successful national reforestation effort is the one undertaken in South Korea beginning more than a generation ago.” At the end of Korean war hostilities in 1953, the country was almost completely deforested because of logging and heavy use of firewood during the 35-year Japanese occupation earlier in the century. Since then, national and local government efforts have turned bare mountains into forest lands: according to The Korea Times,

Even the DMZ is now “pristine wildlife habitat“… and while South and North Korea are still on hostile terms, the former has helped the latter with tree-planting efforts. For the science behind Korean reforestation, take a look at this article from The Forestry Chronicle.

Started in 1990, the Kwimba Reforestation Project in Tanzania was a multinational  and multi-organization effort to reforest land around 40 villages. Sub-Saharan Africa suffers from widespread deforestation, the vast majority of which results from the use of wood as a cooking fuel. Fuel wood harvesting, plus forest clearing in the early 20th century to try to get rid of the Tsetse fly, left the Kwimba area largely bereft of forest cover. More efficient use of wood for fuel, as well as overall economic development, drove the tactics of the Kwimba effort, which not only included the planting of Australian eucalyptus trees (which grow fast and served the needs of the affected communities well), but also the establishment of community and school plant nurseries, and the design of cleaner, more efficient cookstoves by the women who lived in the region. Organizations and governmental agencies from both Australia and Africa contributed to this effort.

During the project’s nine-year run, over 6.4 million trees were planted. One of the most unique aspects of ensuring responsibility for those trees: “tree ownership certificates” which gave the owner title to the tree (regardless of who owned the land on which it was planted).

Reforestation in Mexico: the Mixteca Region

Before the arrival of Spanish explorers, Mexico’s Mixteca region (in the state of Oaxaca) was covered with forests. Heavy logging and goat herding turned the area into a desert by the late 20th century. The introduction of modern farming techniques without erosion control further degraded the land.

In the 1980s, farmer Jesús León Santos learned of indigenous farming techniques from Guatemalan immigrants. He founded the Center for Integral Small Farmer Development in the Mixteca (CEDICAM) to implement these techniques, which included reforestation as a mean of rebuilding soil. Relying on native tree species, terraced agricultural techniques, and containment ditches for preventing hillside erosion, CEDICAM has not only reforested more than 1000 hectares (with 1 million trees), but helped create more economic opportunity and even gender equality within the region. Santos was awarded the Goldman Environmental Prize in 2008.

The Appalachian region in the eastern United States is rich in natural resources, but, historically, poor economically. Coal mining, a source of employment for many in the region (as well as various forms of environmental degradation), has created vast tracts of deforested land. The Appalachian Region Reforestation Initiative began working to reverse the damage done by mining in the mid-200os: according to the United Nations Environment Program, “some 60 million trees have been planted on about 87,000 acres of active mine sites in Appalachia under ARRI’s guidance.” Not only has this helped restore one of the US’ richest regions in biodiversity, but also created economic alternatives to the mines, particularly in sustainable timber harvesting and the recreation industry. ARRI has included state governments, academia, private land owners, and even the coal industry in its planning and activities.

Gaviotas, Colombia, is much smaller than the other locations we’ve discussed: an ecovillage of about 200 people in the Llanos grasslands region. Yet the United Nations named this community “a model of sustainable development” for its efforts to reforest the surrounding lands… all which have been decimated by the country’s long-running civil war (and which were, at one time, rainforests). Beginning in the early 1980s, residents of Gaviotas began planting Caribbean pine trees, and ensuring their survival in the acidic soil with the application of mycorrhizal fungus to their roots. Villagers have successfully reforested about 20,000 acres… and created economic opportunities with resin from the trees, and even new biodiesel initiatives. The increased forest cover has had an effect of weather patterns in the area: rainfall has increased by 10%, leading to a water-bottling effort.

Gaviotans not only enjoy the increased forest cover, but also a way of life enhanced by organic farming, wind and solar power, and a social structure that provides housing, meals, and schooling to all residents.

Know of other reforestation success stories? Share them with us…