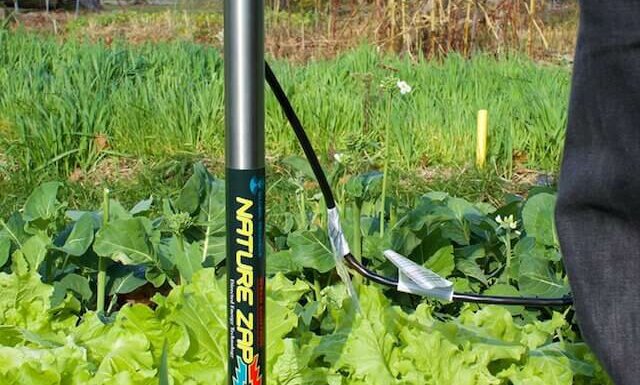 You are here: Home / Gardening / NatureZap: Weed With Light, Not Chemicals Or Fire

Small weeds lodged in cracks are unsightly and aggravating. The traditional options for dealing with them are:

The first is bad for Mother Earth, the second painful and sporadically effective, the third necessitates lugging a gas can around your garden—and sometimes only burns the leaves rather than killing the plant.

Now, from inventors in Dayton, Ohio, comes a fourth choice: The NatureZap DE, a “weed wand” that kills unwanted plants with an overdose of light. Inventors from Dayton, Ohio, also gave us the airplane, so I’m taking notice. 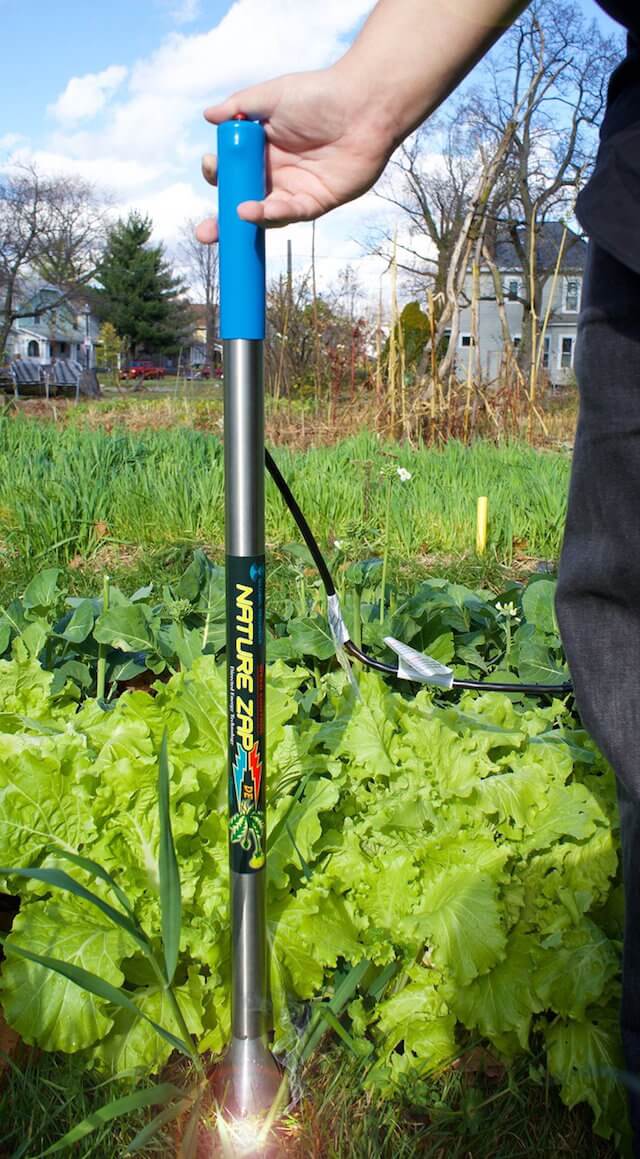 This delightfully low-budget promo introduces the product via a dramatic encounter between two neighbors—one using NatureZap, one using a chemical spray.

Here NatureZap explains why their product is easier, more effective, and safer than a propane torch.

Now, before you run outside to try weeding with your high beam flashlight, understand that the NatureZap DE isn’t using any old light. The inventors patented a “recipe of light”—a blend of infrared and ultraviolet light, each of which targets a different area of the plant.

To use NatureZap, you place the business end of the zapper over the targeted weed, and press a button on the device—once for small weeds, up to three times for larger ones. The NatureZap can kill weeds up to eight inches in diameter.

NatureZap does not provide the instant gratification of a propane torch. The weeds die slowly, over a period of days and weeks. The device won’t last forever like a weeder would—the lightbulb will die after about 75 hours of zapping.

The NatureZap weighs only five pounds. You can also buy a cordless NatureZap, which runs off of a battery. It’s heavier, at 22 pounds.

I haven’t used it, but the Amazon reviews are strong, so I’m thinking of buying one as a Christmas present for my Mom. She has a paved outdoor patio. Weeds constantly sprout up; and eliminating them is too strenuous for her. Guess who usually ends up doing it?

Now that I think about it, I guess it would be more of a Christmas present for me.

What do you think? Would you buy one? What’s your method for killing weeds in cracks?