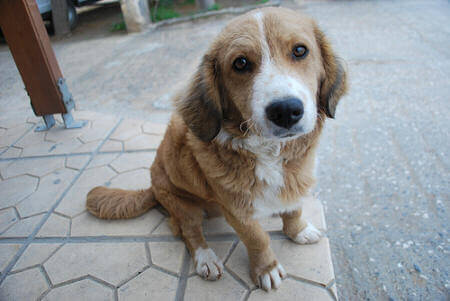 You are here: Home / Homestead Living / Culture / What a Red Dawg Taught Me about Stray Animals and Sustainability

If you’ve spent any time at my Facebook page, or are even a long-time sustainablog reader, you know I’m an animal lover. I’m also a supporter of animal adoption (both my dog, Zelda, and my wife’s horse, Trey, are adoptees), and even volunteer occasionally at the Longmeadow Rescue Ranch.

I haven’t written much about issues surrounding pets and animals, though, because, quite frankly, I’ve had a hard time making the connection to broader environmental issues… and, of course, that’s what we do here.

In the last few days, though, I’ve gotten the beginnings of an education on these issues, thanks to Wimberly, Texas-based musician and artist Elizabeth Lee, founder of Red Dawg, an organization dedicated to funding other organizations focused on preventing cruelty.

I contacted Elizabeth when I found about a project she’d listed on Kickstarter to fund a CD supporting CANDi and KSPCA-Kenya… and took note of several claims she’d made about environmental impact. I just wanted to know: what is the environmental impact of large populations of stray dogs and cats, and how does rescuing, sterilizing, and otherwise controlling these animals make a larger environmental difference?

Despite being on tour in Europe with her band Cozmic Mojo, Elizabeth has taken the time to discuss the issues with me via email, and get me thinking about the bigger picture… especially in the developing world.

I must admit, I felt a bit shortsighted when Elizabeth pointed out that of course stray animals have an environmental impact (she didn’t put in that tone, but probably should’ve). In both Kenya and Mexico (the main countries receiving help from the organizations above), the biggest issue is disease: obviously, strays aren’t vaccinated, so they present a health risk to other cats and dogs, as well as to humans and wildlife. 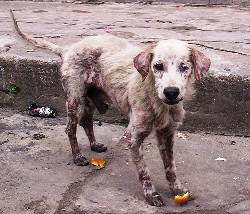 Living animals aren’t the only threat in terms of health… if a stray dies in the streets, their remains could also present a health hazard (including polluting water). One of the efforts promoted by KSPCA-Kenya, for instance, involves humane euthanasia of animals that can’t be adopted out… which not only provides a much less cruel alternative to the poisoning and drowning done by both individuals and even government agencies in some cases, but also helps prevent the spread of disease to human and animal (both domestic and wild) populations. Of course, the organization would much rather adopt animals out… like the donkeys that can provide labor support and transportation for poor communities.

These environmental issues also tie into the economic health of communities served by these organizations. CANDi, for instance, focuses on tourist destinations in Mexico. While you likely associate Cancun with Spring Break and drunk college students, an awful lot of residents depend on the tourist trade for their livelihoods… and the presence of stray dogs and cats can affect tourists’ experiences, and their willingness to return to a community that really needs their business (you don’t have to go far in Cancun to see really abject poverty…). CANDi works to rescue and adopt out these animals.

The music I’ve heard so far is fantastic: lots of bluesy, country-ish rock, but a wide variety of styles (definitely heard some reggae influence in one song). She describes it as “…a double cd with 30 songs from 30 artists from around the world…with songs ranging from blues to rock to country to classical…all ‘kid’ friendly and honestly…VERY FUN and GOOD MUSIC and familiar names in the artist/music world.”

So, Can You Help?

I’ve kicked in $25, and 21 other people have made pledges totaling $1325 to fund the production, manufacturing, and marketing of the CD. Elizabeth’s shooting for $7600, and it’s an all-or-nothing proposition: if she doesn’t raise the whole amount, the project doesn’t get funded. She only has two weeks to go… so go to the GOTTA RED DAWG project home page, read the information Elizabeth’s provided, and consider helping out.

So far, we’ve seen good success with Kickstarter projects: the other one I wrote about — the expansion of garden sharing site hyperlocavore.com — made its goal, and now has just over $6400 to support the expansion of its online community. Let’s make it two for two…

Got a furry friend at home? Check out our collection of green pet products.