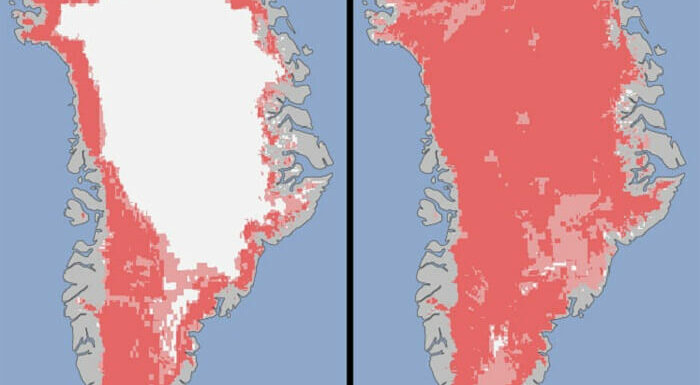 You are here: Home / Politics / Melting Ice Could Lead to Massive Waves of Climate Refugees 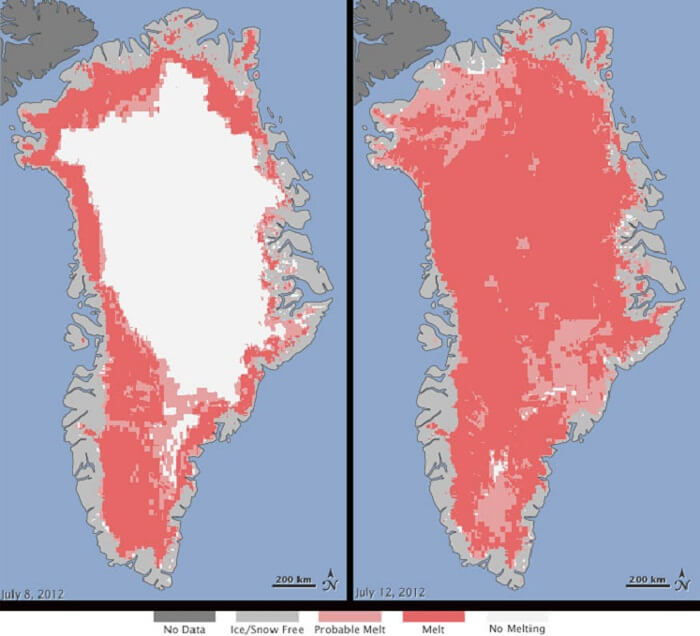 As I note in Plan B 3.0: Mobilizing to Save Civilization, assessing the prospects for the Greenland ice sheet begins with looking at the warming of the Arctic region. A 2005 study, conducted by the Arctic Climate Impact Assessment (ACIA) team, an international group of 300 scientists, concluded that the Arctic is warming almost twice as fast as the rest of the planet. It found that in the regions surrounding the Arctic, including Alaska, western Canada, and eastern Russia, winter temperatures have already climbed by 3-4 degrees Celsius (4–7 degrees Fahrenheit) over the last half-century.

In testimony before the U.S. Senate Commerce Committee, Sheila Watt-Cloutier, an Inuit speaking on behalf of the 155,000 Inuits who live in Alaska, Canada, Greenland, and the Russian Federation, described their struggle to survive in the fast-changing Arctic climate as “a snapshot of what is happening to the planet.” She called the warming of the Arctic “a defining event in the history of this planet.”

The ACIA report described how the retreat of the sea ice has devastating consequences for polar bears, whose very survival may be at stake. A subsequent report indicated that polar bears, struggling to survive, are turning to cannibalism. Also threatened are ice-dwelling seals, a basic food source for the Inuit.

Since this 2005 report, there is new evidence that the problem is worse than previously thought. A team of scientists from the National Snow and Ice Data Center and the National Center for Atmospheric Research concluded that the ice is melting much faster than climate models had predicted. They found that from 1979 to 2006 the summer sea ice shrinkage accelerated to 9.1 percent a decade. In 2007, Arctic sea ice shrank some 20 percent below the previous record set in 2005. This suggests that the sea could be ice-free well before 2050, the earliest date projected by the IPCC in its 2007 report. Some scientists now think that the Arctic Ocean could be ice-free in the summer by 2030, if not earlier. Arctic scientist Julienne Stroeve observed that shrinking Arctic sea ice may have reached “a tipping point that could trigger a cascade of climate change reaching into Earth’s temperate regions.”

Scientists are concerned that “positive feedback loops” may be starting to kick in. This term refers to a situation where a trend already under way begins to reinforce itself. Two of these potential feedback mechanisms are of particular concern to scientists. The first, in the Arctic, is the albedo effect. When incoming sunlight strikes the ice in the Arctic Ocean, up to 70 percent of it is reflected back into space. Only 30 percent is absorbed as heat. As the Arctic sea ice melts, however, and the incoming sunlight hits the much darker open water, only 6 percent is reflected back into space and 94 percent is converted into heat. This may account for the accelerating shrinkage of the Arctic sea ice and the rising regional temperature that directly affects the Greenland ice sheet.

If all the ice in the Arctic Ocean melts, it will not affect sea level because the ice is already in the water. But it will lead to a much warmer Arctic region as more of the incoming sunlight is absorbed as heat. This is of particular concern because Greenland lies largely within the Arctic Circle. As the Arctic region warms, the island’s ice sheet—up to 1 mile thick in places—is beginning to melt.

The second positive feedback mechanism also has to do with ice melting. As the surface begins to melt, some of the water filters down through cracks in the glacier, lubricating the surface between the glacier and the rock beneath it. This accelerates the glacial flow and the calving of icebergs into the surrounding ocean. The relatively warm water flowing through the glacier also carries surface heat deep inside the ice sheet far faster than would simple conduction.

Several recent studies report that the melting of the Greenland ice sheet is accelerating. A study published in Science in September 2006 reported that the rate of ice melt on the vast island has tripled over the last several years. In October 2006, a team of NASA scientists reported that the flow of glaciers into the sea was accelerating. Eric Rignot, a glaciologist at NASA’s Jet Propulsion Laboratory, said, “None of this has been predicted by numerical models, and therefore all projections of the contribution of Greenland to sea level [rise] are way below reality.”

At the other end of the earth, the 2-kilometer-thick Antarctic ice sheet, which covers a continent about twice the size of Australia and contains 70 percent of the world’s fresh water, is also beginning to melt. Ice shelves that extend from the continent into the surrounding seas are starting to break up at an alarming pace.

In May 2007, a team of scientists from NASA and the University of Colorado reported satellite data showing widespread snow-melt on the interior of the Antarctic ice sheet over an area the size of California. Konrad Steffen, one of the scientists involved, observed, “Antarctica has shown little to no warming in the recent past with the exception of the Antarctic Peninsula, but now large regions are showing the first signs of the impacts of warming.”

The International Institute for Environment and Development (IIED) has analyzed the effect of a 10-meter rise in sea level, providing a sense of what the melting of the world’s largest ice sheets could mean. The IIED study begins by pointing out that 634 million people live along coasts at or below 10 meters above sea level, in what they call the Low Elevation Coastal Zone. This massive vulnerable group includes one eighth of the world’s urban population.

One of the countries most vulnerable is China, with 144 million potential climate refugees. India and Bangladesh are next, with 63 and 62 million respectively. Viet Nam has 43 million vulnerable people, and Indonesia, 42 million. Others in the top 10 include Japan with 30 million, Egypt with 26 million, and the United States with 23 million.

The world has never seen such a massive potential displacement of people. Some refugees could simply retreat to higher ground within their own country. Others—facing extreme crowding in the interior regions of their homeland—would seek refuge elsewhere. Bangladesh, already one of the world’s most densely populated countries, would face a far greater concentration: in effect, 62 million of its people would be forced to move in with the 97 million living on higher ground.

Not only would some of the world’s largest cities, such as Shanghai, Kolkata, London, and New York, be partly or entirely inundated, but vast areas of productive farmland would also be lost. The rice-growing river deltas and floodplains of Asia would be covered with salt water, depriving Asia of part of its food supply.

In the end, the question is whether governments are strong enough to withstand the political and economic stress of relocating large numbers of people while suffering losses of housing and industrial facilities. The relocation is not only an internal matter, as a large share of the displaced people will want to move to other countries. Can governments withstand these stresses, or will more and more states fail?
# # #
Adapted from Chapter 3, “Rising Temperatures and Rising Seas ,” in Lester R. Brown, Plan B 3.0: Mobilizing to Save Civilization (New York: W.W. Norton & Company, 2008), available for free downloading and purchase at www.earthpolicy.org/Books/PB3/index.htm.