You are here: Home / General / What Is Virtual Currency? (And Why You Should Care) 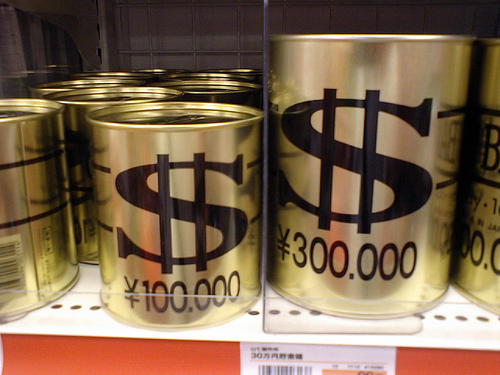 For centuries, people have been restricted by society’s definition of money and value. What if there was a way out of the system?

Money. It’s been called the root of all evil and the barometer of a society’s virtue, and or as long as many can remember, the getting and spending of it has been at the center of humanity’s pursuits.

Those bits of paper that you carry around in your wallet and store in your bank account used to represent a certain amount of gold, a precious metal, stashed in a vault somewhere. But when the gold standard ended, and the Federal Reserve started printing money at-will, this vague meaning also vanished.

So if money is really more of a points-system than anything else, why do we still have to use it?

We don’t. Or at least, we shouldn’t have to. But that doesn’t sit well with banks or credit card companies who make their living by swindling us out of it.

Making Our Own Money

According to WiseGeek, “virtual currency is currency people can use to make payments in virtual environments like gaming and social networking sites.” (Although somewhat limiting in scope, this was surprisingly one of the best definitions I could find on the web).

Usually, websites allow visitors to earn virtual currency by completing tasks in the virtual environment or simply participating for a set period of time, and users can also buy it, converting real currency into virtual, usually at a very favorable exchange rate. Think: Xbox Live points or FarmVille cash on Facebook.

Another compelling purpose for virtual currency is to avoid the high cost of making purchases or transferring money electronically. If you’ve ever been paid via PayPal or set up a business to accept credit cards, you’re already familiar with this racket.

Circumventing the traditional monetary system could revolutionize (and level) the playing field of online commerce, but early attempts have proven difficult.

Gigaom’s Matt Ingram writes, “Over the past decade or so, there have been dozens of attempts to create a new kind of electronic currency that people could use for online transactions — there was CyberCash and DigiCash, and even smaller startups with bizarre names like Beenz and Flooz.”

None of them managed to gain much traction, but that hasn’t stopped a group of hackers from trying to launch a new “peer-to-peer” currency called Bitcoin. Although some of its supporters are optimistic about the potential for this new kind of open-source e-money, the venture is fighting a massive uphill battle: for one thing, Bitcoin may actually turn out to be illegal.

In its own words, Bitcoin is a peer-to-peer currency. Peer-to-peer means that no central authority issues new money or tracks transactions. These tasks are managed collectively by the network.

The cool thing about Bitcoin, and the reason that you should care about developments in the world of virtual currency is that instead of simply offering a clever way to change your money into points or online-cash, its developers want to create a completely separate and virtual monetary system. In other words, one that could theoretically replace the existing system if enough people decided to use it.

What do you think? Are virtual currencies legal, and if so, should they be regulated? Would you ever opt-out of mainstream money in favor of virtual currency?