You are here: Home / Homestead Living / Off Grid / Owning a LifeStraw Means You Won’t Need to Keep Water in Your Bug-out Bag (w/ video) 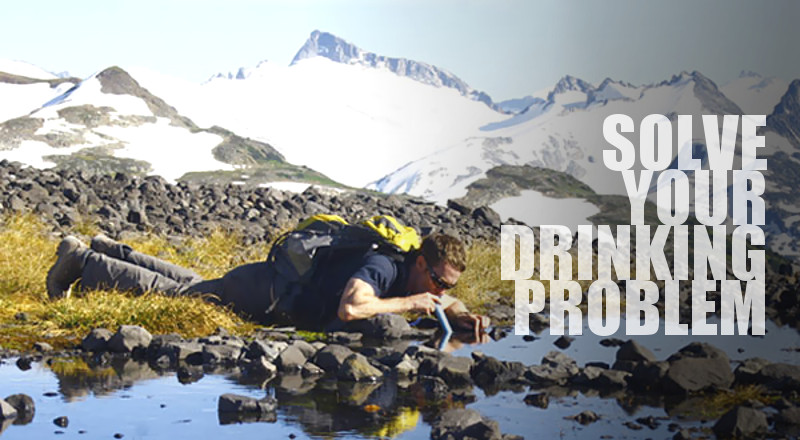 Making a quick getaway as your local neighborhood is over-run by hoards of food rioters or – dare I say it? (You know I want you to say it. -Ed.) – zombies is thirsty work, and the LifeStraw personal water filter could just be the edge you and yours need to get away safely.

The average human being on the move under a hot sun can only last a few hours without liquid to start suffering from dehydration. As such, in a disaster or survival situation, access to clean drinking water becomes a critical concern really quickly – and, if you have to move quickly to evacuate, you might not have the chance (or the strength!) to carry the gallons of water you might need to survive until things settle back down. That’s where the LifeStraw comes in.

Named one of Time Magazine’s “Inventions of the Year” in 2005, the LifeStraw weighs about 2 oz., and can filter more than 260 gallons of genuinely nasty water over its lifetime. You could easily fit one in a large pocket as you make your sprint from the charging hordes, is what I’m trying to say.

All joking aside, it’s not getting eaten that will kill you in a survival situation (probably). It’s going to be the horrifying gastro-intestinal issues you experience when you drink from any ponds, streams or rivers that you come across that carry giardia or other water-borne diseases/parasites. The LifeStraw means you’ll be able to drink from just about any water, with minimal fear of infection. The LifeStraw does have its limitations however, and it won’t filter out heavy metals or industrial chemicals, so yo’ll want to avoid fleeing to your local industrial park.

Keep in mind, too, for every ten LifeStraws sold, Eartheasy will donate one LifeStraw to crisis-affected people in developing countries through the manufacturer’s partnership and cause programs. The company plans to plant a tree for every order through partnership with Trees for the Future Foundation.

You can see how the LifeStraw works in practice, in the video, below.